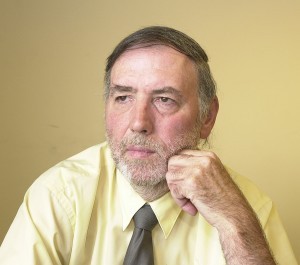 Just after posting Robert Simmons’s noble thoughts on Claudio Reyna, with the necessary reminder of Claudio’s recent appalling family tragedy (young son’s death from cancer), Monsieur Salut received dreadful news from Belfast, the death of an old friend. He was also, once, a friend of Salut! Sunderland‘s, providing grand answers as a Blackpool fan ahead of the game at Bloomfield Road in Jan 2011. This is a slightly adapted version of what appears at Salut! …

Today, at the “serious” part of the Salut! empire, I was going to forget about Lord Leveson, Mitt Romney and the Mormons and write a jolly little piece about the sudden congestion of French presidents on holiday in the Var.

François Hollande is taking the air – and keeping an eye on Valérie’s tweeting – on the seafront of my own Le Lavandou, Nicolas Sarkozy is next door in Cap Nègre at Chateau Bruni and old Jacques Chirac is back supping his favourite apéritif, le Tomate (generous on the Pernod), to wash down shrimps, foie gras and salmon amuses gueules in Saint-Tropez.

This would all have amused Neil Johnston, about whom I have decided to write instead.

Neil took a lively interest in just about anything under the sun, and the three most recent presidents of France finding themselves under the Varois sun would have tickled his fancy.

And so would the idea that our shared interests – football, folk music and journalism – might cause me to share these words with the readers of my three main sites, Salut!, Salut! Live and here.

Neil has died at the age of 68 in Belfast after suffering from cancer for two years. He was not only a treasured friend, albeit one I saw all too infrequently, but comfortably and despite strong competition my favourite person on the island of Ireland.

It was the Troubles that brought us together. I’d be there as a reporter on regular visits from London and would bump into Neil after work in one of the serious drinking establishments within walking distance of the Belfast Telegraph offices, where he worked.

We’d both have Guinness but Neil would sometimes move on to a tot or two of whiskey. But the drink was merely a fitting accompaniment to the craic: he knew I supported Sunderland (and more lately enjoyed the Irish connections), he’d tell me of his stranger passion for Blackpool. We both had affectionate but critical and unromantic views on the trade in which we earned our livings. Best of all, we both adored what I’d call folk and Neil called traditional music.

Neil was well-read and knew his stuff about the arts in general. He’d been a news reporter and feature writer but ended his time at the BelTel as its arts correspondent. But beyond the family – Myrtle, his wife, son Conor and daughter Catherine – Irish music was his serious love.

There was not much he did not know about the men and women who made the music of his island.

His deep knowledge and extraordinary enthusiasm brought him massive respect and led him to present a BBC Radio Ulster series, The Wrong Note, a play on the phrase “long note” familiar to followers of Irish music. It dealt with the often overlooked contributions made by Irish and Northern Irish musicians and singers from the Protestant community from which he also came.

Whenever his name cropped up in conversation with key figures from the (non-commercial section of the) Irish scene, you could be sure there’d be swapped anecdotes and evidence of real fondness. He was a stalwart of the Ballyshannon music festival in Donegal, present as fan and also compere at each of the annual gatherings until the last stages of illness prevented his attendance this summer. One of our unfulfilled plans was to get together again by arranging a holiday exchange, Myrtle and Neil at our home in France, Joelle and I at their cottage near Ballyshannon with an overlap allowing us to be with them at the festival.

Neil played guitar and sang a little but made light of his performing abilities, though one session at his place off the Malone Road in Belfast showed his talents to be considerable greater than mine.

But he did make another contribution of his own to music. Probably to the last year of his life, Neil was the proud recipient of occasional royalty payments from such unlikely locations as Iceland in honour of the lyrics he wrote for the Belfast band Four Men and a Dog’s Wrap It Up.

Before moving into features and arts, Neil had been an excellent news reporter, often enduring the dangers and discomfort of reporting the Troubles. He topped up his pay by writing the odd piece for the nationals; one northern, ie Manchester so really more NW Midlands than northern, news editor paid dearly for dispensing with his services when Neil rang in and blasted a high-decibel burst of a recorded lament on the uillean pipes (Irish cousin of the Northumbrian instrument) down the line and into his ear.

Martin Lindsay, another character I remember from Belfast days, is a former BelTel editor. “I knew Neil all our working lives and he was one of the finest writers I encountered,” he told their old paper. Not a bad way to be remembered.

Neil grew up in Omagh and started his working life on the Tyrone Constitution before moving to Belfast, where he worked first for the News Letter and then the BelTel.

Again from the BelTel, this is Dark Shadows Linger, a poem he wrote after the awful bombing in his home town:

I lay my wreath where my heart lies

And floated down through Omagh town

Past the scene of slaughter.

And pledge a vow on leaving

As long as I have breath and soul

So long will I be grieving.

Because this is about the Neil Johnston I knew and loved, I will end with some extracts from an interview he gave to Salut! Sunderland when his beloved Blackpool were due to host my own Sunderland at the beginning of last year.

My team had played his a little earlier at the Stadium of Light and the incomparable Jimmy Armfield, former England international and as good and decent a football voice as you’ll hear, had given me a smashing interview ahead of that match. Only Neil – whose love of Blackpool was in part attributable to the Armfield connection – could have followed that act.

I have followed Blackpool passionately since I was 10 years old when in 1953, they won the greatest cup final of all time. I remember as a boy writing to the club to ask for my hero Stanley Matthews’s autograph. They sent me a photograph of him in the middle of one of his famous body swerves. I treasured it for years.

* I’ve never made it to Bloomfield Road. I don’t need to. You don’t have to travel to live the dream. I was on my home from Donegal to Belfast on the day last season when they won promotion to the Premiership in the play-offs. When the news was announced on the radio, such were the celebrations that I nearly drove into Lough Erne.

* I remember when they were a power in the land, second only to the great Man United side, pre-Munich, in the late ‘50s. The class of that superb forward line (remember forward lines) vibrates in the memory – Matthews, Taylor, Mortensen, Mudie, Perry. Jimmy Armfield was another childhood idol. I still enjoy his insightful summaries on radio.

My heart goes out to Myrtle, Conor and Catherine. I have lost a great pal, they have lost a devoted husband and father. Peter Rainey, the BelTel picture desk man who sent me Neil’s photo, recalls “a lovely man, great to work with”.

And here’s something else Neil would have liked.

A few weeks ago, Stephen Rowley wrote from Northern Ireland to offer Salut! Sunderland a shirt signed by all members of the then (Mick McCarthy) squad – as you can read here. Could I possibly find a fellow SAFC nut who’d take it in return for a small charitable donation, he asked. Antony Seymour, a generous reader in Australia, went significantly better, bidding £150 and warmly praising the charity in question: