We first met Roger Titford* – market research specialist, writer and former chairman of Reading FC’s supporters’ club, in August. As we now know, this is monsoon season in the North East and a spot of heavy rain is or was quite sufficient to defeat Sunderland AFC’s attempts to stage a height-of-summer football match. Well Roger had cried out for a return to the good old days of mud-splattered footballers so the game really ought to have been played. With Sunderland nerves now in auto-jangle – we know failure to beat Reading would be a catastrophe but how many fans feel really confident? – it’s time for another go. And it seemed right to stick with Roger and invite him to update his August answers …

Salut! Sunderland: Back in the Premier. Last season must have been a dream, but how do you think you’ve done so far?

Last season everything fell into place unbelievably well and there is now a sense we over-achieved with the players we had. The six new signings haven’t really improved the team and we’ve lost a couple of influential players to injury. We’ve been competitive in every game but one, rarely lose by more than one goal but we’ve drawn games we should have won and consequently in trouble. We need to beat you!

Smallish town??!! It’s only the historic and gerrymandering borough boundaries that make Reading seem so small. ‘Greater Reading’s’ population is not far short of Sunderland’s and is the biggest urban area in the UK not to be a city. The stadium will be sold-out much of the time with crowds averaging 23,000. Having said that we don’t tend to travel well for routine fixtures a long way from home, especially mid-week in December, so just expect to see a single drove of us.

Our transfer activity was, when I first posed these questions, lamentable but got better, not that it’s done us much good. You bought Chris Gunter and brought in a few others. Happy, or do you still need strengthening?

I was happy we did the business early in the window and were not ridiculous about it. Pogrebynak and Danny Guthrie look to be the right class but we may need more of that calibre in January.

Class maybe but we’ve not seen enough to judge. The only new signing who was fitted in well is Nicky Shorey – who had already spent seven years at the club in his youth.

Oddly enough, you’re probably at an advantage over Sunderland in attracting players who won’t go north (or cannot persuade their Wags to). But are you still stuck with hopefuls and fading stars?


Do you have any memories of games against Sunderland that stand out? I am not just talking about that dodgy goal-line decision the last time we played at your place!

I did a football tour of the North East way back as part of my 92 Club qualification and caught a game at Roker in the Third Division and a photo of the Roker Pie shop. It rained, you didn’t win and no-one seemed very pleased. It was much the same at Hartlepool a week later. I remember a very enjoyable pre-match session in The Pilot Cutter with the fanzine guys.

In some ways I’m envious of the strong, proud and coherent ‘one team’ football culture your city has. Kevin Dillon, ex-Reading assistant manager, never tires of saying he was captain of Sunderland Boys though I believe he played ‘elsewhere’ later. I saw the documentary about Cup Final day in 1973 again recently and thought I’d liked to have had some of that. You put us out in the 4th Round that year but even if we’d made the final a TV documentary about us would have been quite different; sarcastic insurance clerks in kipper ties everywhere.

Since I wrote the first version of this – when I answered with a No – you’ve signed the dour-looking Steve Fletcher who scores Premier League goals. We’ve got the high profile Jason Roberts, with own new website, who alas hasn’t yet – at time of writing – scored a Premier League goal.

In what sort of mood for the snarling, money-grubbing face of football did the Olympics leave you?

Original response: It’s all been a bit Diana, hasn’t it? Hopefully it’ll fade away soon and let the main attraction come back to the fore in a few weeks. Football is such a great spectator sport fortunately. Who wants to go and see Rebecca Adlington swim 100 metres 40 times a year? But football definitely could with less of a John Terry snarl and more of a Jess Ennis smile.
Update: It’s not got any better, has it? A bad year for football, no-one even protesting that there’s no footballer in the BBC Sports Personality of the Year short-list.

Read Colin Randall at ESPN by clicking here. Sample:
… at the hotel in the southern Tunisian city of Tozeur, the wi-fi was working and Helena, a Chelsea-supporting friend, Helena, had written at Facebook: “OK, it was only Sunderland, but a win’s a win.” Salt on wounds. “Those are the most hurtful words I have read in ages,” I replied. “Who needs Burns – ‘O wad some Power the gift tae gie us. To see oursels as ithers see us!’ – when you have Helena?”

Man City, Chelsea, Man United, Arsenal at the top; Norwich, Southampton, Wigan at the bottom. Reading 16th and Sunderland not far above from that. Update: my predicting is about as good as our defending

Name one step Reading or the authorities should take to improve the supporter’s experience of the game
I’d quite like to see the return of ‘heavy grounds.’ We could do with a bit of mud to even things up this season and it adds to the variety. Update: Amazingly, I nearly got my wish in August before the ref called it off.

Certainly not. Have you seen how far north you are?! I shall follow in the usual multi-media combination of Sky Sports / local radio / internet fan site. I’m expecting a 1-1 draw. 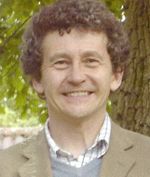 * Roger Titford on himself: I’m a regular contributor to When Saturday Comes and a former chairman of Reading Football Supporters’ Club. My latest work The Legend of Robin Friday, a digital photo-essay, is available via http://www.exacteditions.com/read/legendfriday at £3. 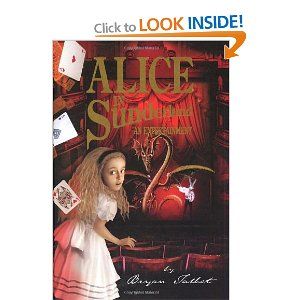 *** Whatever your needs – Christmas presents or general online shopping – help yourself to the lower Amazon prices and help Salut! Sunderland buy doing so via our link to the site: http://www.amazon.co.uk/exec/obidos/ASIN/2246802873/salusund-21

Click here for the Martin O’Neill ‘Team of all Talents’ mug if you cannot wait for a winning Guess the Score entry: £9.50, post-free for UK buyers, from the Salut! Sunderland Shop

2 thoughts on “SAFC v Reading Who are You?: ‘Biscuitmen to finish 16th, Sunderland not much higher’”

Next Post
Sixer’s Soapbox: Sunderland flatter to deceive as Chelsea stroll to 3-1 win