Ruby Tuesday. Had Sunderland won last night, that 40th anniversary cup run would still have been on – if only until the visit of Everton that won’t now be needed. An abysmal display against Bolton Wanderers, watched by a paltry crowd of 17,500 including our own, occasionally rejoicing but less occasionally suffering Pete Sixsmith, must have had poor old Bob Stokoe spinning in his grave. Another year, at least to wait for anything resembling the 1973 adventures. Pete’s considered judgement: awful, awful, awful – why do we bother? …

There are times when you want to puff out your chest and tell the world that you are a Sunderland supporter and proud of it. The days after the West Ham performance were days like that. White shirt and SAFC tie at work, big smile, real glow about the face and a kindly, benevolent approach to all those who are not one of the chosen few.

Then, there are times when you want to hide in a cupboard, ditch the white shirt and pretend that you can’t stand football and the only worthwhile hobby is writing down train numbers or building Lego houses or playing computer games where dragons eat your testicles and dwarves cut off your ears.

Last night was clearly the latter as we tumbled out of the cup, undone by a well organised but perfectly ordinary Bolton Wanderers side who did the basics right – meaning that they could tackle, mark, pass the ball and show some desire to win.

Astute readers will gather from that sentence that we did none of those things. And you would be right. Not content with losing to Middlesbrough in the Carling Cup, we now exit a competition that we wanted to do well in, at the hands of a team that are looking over their shoulders at Peterborough United, Barnsley and Bristol City. At least the Boro are genuine promotion candidates.

I keep saying that football is not an exact science and that part of its attraction is its sheer unpredictability. Unpredictability is no bad thing but can anyone explain to me and the other 17,000 hardy souls who forsook their firesides to watch this appalling dross, how players who played with zest and verve on Saturday can look so pedestrian and downright disinterested come Tuesday? If they are able to do that, they deserve a gold pig the size of The Empress of Blandings.

Did anyone come out of it with their reputation intact? Mignolet made one good save but only because he had given the ball away. Bramble was all right in a pub centre half kind of way and Johnson looked good for 20 minutes. I could be kind and draw a discreet veil over the rest – but I won’t.

It showed that we have little strength in depth and that players like Phil Bardsley, Matt Kilgallon, Fraizer Campbell and, on this performance, David Vaughan, have no future at Sunderland.

Craig Gardner needs to concentrate on becoming an adequate full back rather than continuing as an inadequate central midfielder, while Connor Wickham showed exactly why O’Neill would rather pick a one legged Steven Fletcher than entrust young Connor with the centre forward role.

And it’s not just the players. The “tactics” that our backroom staff come up with leave a fair bit to be desired. Last night it consisted of “Give it to Johnson”. Johnson was marked by three men as Bolton realised that he was probably the man who could unlock their determined defence.

Three men on one means gaps elsewhere. Surely we can exploit those gaps? Surely someone on the field can move around a little bit into space? Surely we can do a bit more than lump the ball up to the centre forward? It appears not.

It was such a let down after Saturday. We did not dictate the tempo as we had then and after 15 minutes of chasing around looking busy, we went back to our default position of passing the ball sideways and backwards and getting absolutely nowhere.

Dougie Freedman’s team talk at half time must have identified certain Sunderland players’ lack of interest and enthusiasm and their inability to grab the game and take it in the direction they wanted to go. They did well in the second half and their Championship central midfield of Pratley and Spearing looked much better than Gardner and Vaughan – both of whom might be at that level sooner than they thought on this showing..

All in all, a bitterly disappointing night which is a huge knockback for those of us who have waited 40 years for a trophy and who are beginning to think that we will never see anything ever again other than the odd Football League Championship win.

We have two new faces at the club in N’Diaye and Mangane. Hopefully they can act as a catalyst at Wigan on Saturday and help us to pick up where we left off on Saturday and we can consign this shambles to the dustbin of history.

As we drove home, the crumb of consolation was a commemorative concert for Gerry Rafferty on Radio 2. The first song was most apt bearing in mind what we had suffered, Can I Have My Money Back Please. Still, we won’t have to fork out £20 to watch Everton beat us. 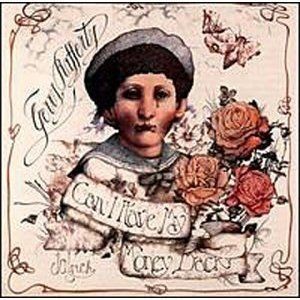 12 thoughts on “Bolton Soapbox: at least we’re spared another cup defeat to Everton”

Next Post
Martin’s Musings on Bolton debacle: meek and mild