Tony Fernandes is, according to our QPR “Who are You?” candidate whose interview will appear today or tomorrow, a good guy.

Then the Rangers chairman and majority stakeholder needs to sort out the less good guys around him if they, and not him, are responsible for the pricing policy that led to Sunderland fans being asked to stump up £45 for what the London and Southern England branch of the SAFC Supporters’ Association called “the worst away accommodation in the Premier League”.

Even Matt Bell, the Rangers fan at whom we’ve lobbed quesitons, noted that while he felt value-for-money was no worse than elsewhere in the league, “some areas of the ground are not ideal for viewing”.

And up with that a number of Sunderland diehards decided they would not put.

Now I know that when regulars refuse to pay up, there are always those with few loyalty points or none, perhaps living in the south, who are only too willing to cough up for a rare chance to see the Lads. So, to no surprise, the Sunderland allocation has sold out.

A variation of that happened when a large number of Manchester City fans found £62 too scandalous a price to be expected to pay for tickets at Arsenal. The unsold seats were simply reallocated to home fans and there were Ruperts, Montys and Pierses galore to snap them up.

Sooner or later, however, football is going to have to wake up to realities. People lucky enough to have jobs in post-industrial, post-everything Britain are struggling on low or stagnant incomes as prices rocket.

Fernandes would argue that his club charges a lot less than the obscene level set by Arsenal but he doesn’t need me to point out that the Emirates is at the opposite end of the quality spectrum compared with Loftus Road.

Ticket prices have become a bad joke. No wonder more and more people are looking for pub screenings where they can have a few drinks, watch the game and still have a lot of change left over from what they would have spent going to a home game, let alone one also involving long-distance travel by rail, road or air. 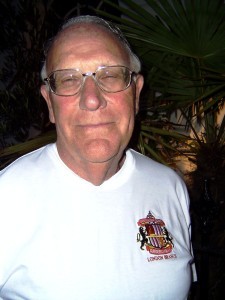 Ian Todd, co-founder of the SAFCSA London branch, goes to virtually every game, home and away. He qualifies for senior citizen prices but this would, at Loftus Road, have brought him such a paltry saving that he will be elsewhere on Saturday.

He wrote this to the QPR chief executive, in the form of a letter copied to the SAFC ticket office:

I am registered under the Voucher 62 arrangement to receive a ticket for every away game. However, I am disgusted at the price being charged by QPR for Over 65s for the above game. An admission price of £40 (ie a reduction of a mere £5) is scandalous and invidious. This on the day when tickets go on sale for our game at Chelsea with a 50 per cent reduction for Over 65s – ie £16.50 cheaper than at Loftus Road.

Ironically, this game is the nearest to my home address but I feel I must protest at the admission price I’m being expected to pay. I hope you will therefore accept my wish not to receive a ticket for the QPR game and for you to resume the Voucher 62 service for the Chelsea and subsequent away games.

When last we exchanged e-mails about this, Ian had received no reply from QPR and, it is fair to say, he expected none, which may cast sunfavourable light on the state of corporate football courtesy.

Our own Pete Sixsmith decided long ago that he, too, would miss the game. As it happens, he will still be travelling south from the North East for football. I leave it to him to add the price of his entrance to the FA Vase replay between Ascot and Shildon.

Ron Hutchinson is another boycotting the match. Like Ian, he lives in the south east. Like Ian, he was at our last away game, West Bromwich Albion. There, he paid £65 for himself, two children and a pensioner. “I’m also not going to the QPR game purely down to price,” Rob tells me. “The four tickets that cost £65 at the Hawthorns would be 125 at QPR.”

Mr Fernandes would say that the West Midlands and west London are markedly different locations. But I refuse to believe the middle-south gap is anywhere near great enough to justify such disparity in pricing.

Whatever happens in Saturday’s game, I see in this story one perfectly good reason for hoping that ‘Arry cannot pull off another great escape act and that QPR, a club I otherwise quite like (my daughter previously played for their ladies team and their ground is also the closest in the Premier to my own London home), go down. And see how many will turn up for £45 in the Championship.

Sort it out Tony.