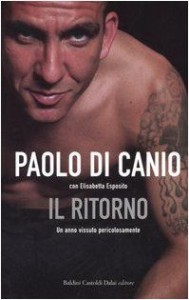 Matthew Kemp* is a Hammer with Salut! Sunderland connections, having written here about his team’s promotion and then answered questions in our ‘Who are You?’ series. Here, he gives a West Ham fan’s honest view of the Paolo Di Canio experience we – and, even more, the players – are about to undergo (he did make one passing reference to that word but we have deleted it in response to popular request) …


When I heard the news that Paolo Di Canio had been announced as the new manager of Sunderland, I had mixed emotions. I was pleased that the Italian wizard had been given the opportunity to manage at the highest level, yet a bit disappointed by the media reaction, focusing on one topic as opposed to how successful Paolo had been at Swindon Town during his two-year tenure.

As a West Ham fan, I can say Paolo has legendary status at the club.

It was a gamble when Harry Redknapp signed the player, as he was labelled “damaged goods”. His altercation against Arsenal for Sheffield Wednesday in 1998, when he pushed over the referee, Paul Alcock, had made headline news. Paolo, was punished with an 11-match ban and a £10,000 fine.

To show people forgive and forget, Nigel Winterburn – who approached Di Canio in an aggressive manner after the incident – later became a team mate, when he joined West Ham.

During his spell at West Ham the club reached the heady heights of 5th place, he was OPTA player of the season, Hammer of the Year and, most memorably, scored the Sky Sports goal of the decade versus Wimbledon.

His time at West Ham was not without its moments. During a game versus Bradford City at Upton Park, West Ham found themselves losing 4-2 with 25 minutes left and Di Canio asked Redkanpp to substitute him as he couldn’t cope with the referee’s decisions.

He remained on the pitch however, and scored from the penalty spot, and debated with Frank Lampard jnr who should take the next, decisive penalty. Frank had the last word and he, too, scored from the spot, winning the game 5-4 for the Hammers. In 2001 PDC won the Fifa Fair Play Award when he shunned a goal scoring opportunity and caught a the ball from a cross when the Everton keeper, Paul Gerrard was lying injured on the ground.

So what have Sunderland got in Paolo Di Canio?

He is emotional and committed, and will not carry any passengers in the team. There will be highs and lows, and I suspect many of the clubs footballers will fall out of favour with him. The media in turn, have access to some potential headline grabbing sport news. He brings with him a back room staff that professionally didn’t play for the top Serie A clubs, yet worked well with Paolo at Swindon Town and understand him as a person.

He ruled with an iron fist at the County Ground and was particularly tough on discipline, introducing double sessions, monitoring the players’ diets closely and imposing a strict fitness regime. When Swindon Town had a transfer embargo, Paolo offered to pay for the loan players out of his own pocket.

Football is a results driven business, as Martin O’Neill will testify, so judge Paolo on results and nothing else. Clearly the hierarchy at Sunderland, think he is the right man for the job. If you want to better understand your new manager, I can recommend his autobiography as a good start, Paolo Di Canio, it shows him as literate and intelligent and gives the reader a better understanding of his temperament.

He will always be welcome in the East End of London, and has a West Ham tattoo on his upper left arm. On the few occasions he has been seen at the ground, the fans have erupted into chanting his name around the ground to the tune of, La donna e mobile from Verdi’s Rigoletto.

A few games in, I suspect, the Sunderland fans will follow suit.

* Matthew Kemp on himself: I have supported West Ham since 1983 and attended my first game standing in the North Bank v Swansea City. I work in the City, and have been a season ticket holder since 1986 (I am in the Bobby Moore Upper). My father is a West Ham fan, and my six year old will also be following the claret and blue. I initially wanted to be a journalist (yet this was not to be!) having written for my university magazine, some local newspapers and a number of fanzines at West Ham such as OLAS (Over Land & Sea). This allowed me to interview a number of players, including those at Tottenham, as I know Pat Holland (ex West Ham). I also have occasionally contributed to the website Knees Up Mother Brown (Kumb.com). I currently live in Shenfield in Essex, a hotbed for professional footballers, which includes Mark Noble, and ex Professionals, Clive Allen, Trevor Brooking, Glen Roeder and Bradley Allen!

5 thoughts on “From West Ham, another Di Canio article without the F-word”

Next Post
The Robson Report: Di Canio must judge who’s fit to wear the shirt