In the buildup to each match, Salut! Sunderland asks a fan of the opposing team for his or her thoughts on that constant theme: club versus country.

Whether we have chanced upon a celebrity supporter or welcomed a common-or-garden follower just like us into the hot seat, the answers are overwhelmingly on the side of “club comes first”.

But does the location of the 2014 World Cup, a country that has produced such sublime football over the past half-century – make a difference? The early signs are that it does.

Obviously, it helps drum up interest in the internationals if your own club has players involved.

We can safely say there is little chance of a Sunderland player going to Brazil as part of Roy Hodgson’s squad unless Adam Johnson hits a sensational run of form between now and the middle of next season.

Emanuele Giaccherini’s hopes of playing for Italy probably depend on him moving on from Sunderland. Ki Sung-Yueng is much-capped and should figure in South Korea’s plans but is only at the Stadium of Light from Swansea; Sod’s Law dictates that the better he does for SAFC, the less likely he is to stay.

Seb Larsson has to help Sweden through the qualifying playoffs, against Portugal on Friday and next Tuesday, and then keep his place. Then there are fringe contenders: Charis Mavrias has already won a couple of caps for Greece, also in the playoffs, and we can always hope David Moberg Karlsson, yet to make a Premier League appearance for Sunderland, makes sufficient progress to win a place in the Swedish national squad, again assuming they qualify for Brazil.

All this could change, of course, depending on whether Sunderland stay up this season and which players come and go between now and the January transfer window.

But even without selfish interest when the group stages begin with Brazil’s opening game at the Arena de Sao Paulo on June 12, there is reason to hope the 2014 World Cup will be special. 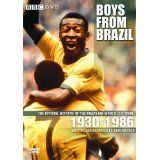 There are few football fans outside South America who do not regard Brazil with some awe. You do not need to be of a generation with contemporary experience of seeing Pele lead the fabulous side that also included Carlos Alberto Torres, Jairzinho, Tostão, Gérson and Rivelino to success in Mexico in 1970. Younger fans, too, associate Brazil with a brand of football they fervently wish was played by their own countries, their own clubs.

Indeed, it seems surprising that Brazil’s last World Cup trophy was as long ago at 2002. The golden era is popularly supposed to have ended with that triumph in Mexico, followed as it was by a 24-year drought until, without setting the world ablaze, they once again reached a final, in the United States. The opponents were Italy; would it be too harsh to say it was a case of “just like watching Barnsley” as a grim match was settled by a penalty shootout?

Back to my starting point. Looking at the “Who are You?” questionnaires so far this season, I do detect a slight shift in the club-versus-country debate.

The question, typically, is: “Excited about Brazil 2014 or too obsessed with City/Rovers/Town/United to care too much?”

Our Man City volunteer, Louis Baxter, replied: “I am excited, not really for England, but to see a World Cup take place in the nominal home of football, Brazil, and hopefully see the GOAT Messi in his prime, boss a tournament for the first time.”

Chris Rann, a Southampton fan, was (unduly?) pessimistic about the chances of Saints contenders being called up by Hodgson. “I’ll always follow England,” he said. “But I’m nowhere near as bothered as I used to be. I’d rather see Saints win the Capital One cup.” If this seems less than enthusiastic, it exudes red-hot passion compared with routine past responses from other interviewees about overpaid prima donnas and the “depressing” hype around the England team.

And look at this from Robert Graves, a fan of one of our Capital One Cup opponents, Peterborough United: “Club versus country? Country. Every. Single. Time. I love my club, absolutely, but to any player the ultimate aim should be to pull on the shirt of their country. It should be something you would run through a brick wall to do. It should be something you’d do without question, without doubt, without the slightest care of where or when you are being asked to play. But it’s not, and that saddens me.”

Our scholarly associate editor, John McCormick, with his grasp of statistics, would argue that the majority of respondents still put club first, many of them quite strongly. That is my position, too, though improved behaviour on the part of supporters, or maybe just better control by the authorities, has massively eased the antipathy I felt during the wretched years when travelling hoodlums made being abroad with England a shaming experience.

But I will be watching the replies to our stock “Who are You?” question with particular interest as the countdown to Brazil progresses. Unless, that is, Sunderland are relegated and the last thing I want is to have football at a currently untouchable higher level shoved down my throat. 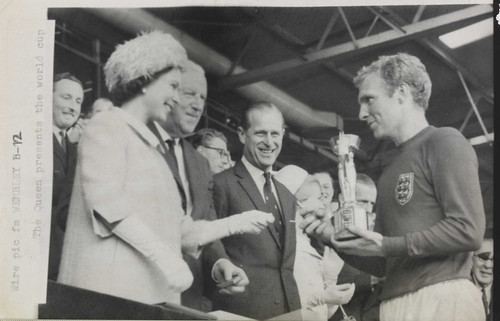 * This is a sponsored posting at Salut! Sunderland which M Salut agreed to write because it relates to a genuine talking point of interest to readers of this site.

2 thoughts on “Brazil 2014: will any Sunderland players grace the dream World Cup venue?”

Next Post
SAFC supporters: not-so-great expectations vs ‘Messi would be rubbish here’