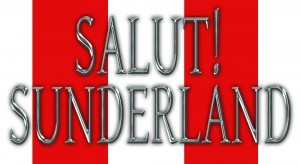 The time for the proper inquest is not quite with us. Soon enough, Salut! Sunderland contributors will be having their say on a season that has had one high spot but otherwise trundled relentlessly towards the abyss. That doesn’t stop us thinking about the mess we’re in and Jeremy Robson offers some preliminary conclusions …

So where do we go from here? To start answering that question, the first point is that we don’t actually know where we are yet. Most of us would consider us relegated, all but officially. Assuming we are playing in the Championship come August, who will be the manager? We don’t know that either, but we arguably face a cruel paradox.

Never in living memory has any of our managers gone from being perceived so positively to become the villain of the piece in no more than a month.

That is what has happened to Gus Poyet. A significant section of our fan base were quick to applaud him for taking us to a Wembley final and then quick to condemn him for subsequent performances, results and tactical decisions.

Where has he gone wrong? I would argue that he hasn’t really gone wrong at all, but at the same time he hasn’t done anything right either. There was no immediate Hawthorne Effect from his appointment. Results didn’t immediately improve, but the players must have felt a huge sense of relief that it just wasn’t Di Canio, whose comments about the players he inherited and had foisted on him ring very true now.

This season we have won three home league games, all by one goal, and we are bottom of the league. That sorry statistic was masked by a remarkable set of results and performances which took us to Wembley. Arguably it was the players themselves who were able to lift and motivate themselves for cup ties and not Poyet, as he has been unable to instill anything worthwhile in them in the fight against relegation.

Poyet turned against the fans saying that his critics didn’t know what they were talking about after the FA Cup debacle against Hull and went on to demonstrate that the plot was lost starting the a back five (six if you include Bridcutt), from the Liverpool game onwards.

Trying to keep the score down at Anfield against a Liverpool side who had scored 3 or more goals in their previous six games makes some sense, but it doesn’t wash when you try the same thing against West Ham at home or Spurs away. It makes even less sense when you consider that Adam Johnson started on the bench against West Ham, having scored 7 of our previous 9 goals.

More importantly, it’s not working and the players clearly don’t understand it. It’s impossible to implement such tactical tomfoolery. Concerned with his central defensive pairing, you can see why he would add a third centre back, but not when it’s Vergini (and I’m being polite here), has struggled.

You end up with Keystone Cops scenes where a player surrounded by three Sunderland shirts (Vergini, Bardsley and Bridcutt) offering the “gentleman’s excuse me” to an opponent to control the ball on the edge of the box and score.

John O’Shea was absent of course, due to his criticism on the manager’s ludicrous, ill-conceived nonsense.

Poyet also suggested that a genius would only be capable of integrating 14 summer signings into a team. This is an interesting comment from a manager who has used very few and of the four signings made in January (3 permanent), it’s the on loan Alonso that has featured the most. Having also gone on record saying that any striker arriving in the January window would “have to hit the ground running” he delivered Scocco. It’s a rich sense of irony that Poyet possesses.

The last thing we needed were further overseas recruits with no experience of English football, but that’s mainly what we got. His ridiculous persistence with Altidore who incidentally has an identical played and scored record to Sam Allardyce was another aspect of his undoing.

He clearly doesn’t rate Connor Wickham who supporters were crying out to be given a chance. Wickham’s return has not worked yet but he hasn’t been given anything like a run of games to get in the groove.

What we needed in January was someone to shake things up in the front line. We didn’t need 10 to 15 goals. Arguably 4 or 5 might have made the difference. Britt Assombalonga has been scoring regularly for Peterborough in League 1 (21 so far), as have Ross McCormack and Jordan Rhodes (27 and 23) respectively. If it was a good idea for Wickham to be spending some time at Elland Road why not try his loan as a sweetener to get McCormack?

The reality is that Poyet has been as bad if not worse in transfer dealings than the buffoon Di Fanti. He has to carry the can for that.

In the unlikely event that we do survive, then Poyet may still be in a job at the end of the season. It’s job which he clearly isn’t up to. “If I get the sack then remember that it was broken when I got here.” If he was a car mechanic, then he’d be gone after issuing that sort of rhetoric. Maybe he wants to go anyway.

The paradox I mentioned at the start of this article is simply this. If we go down, then there’s a massive rebuilding job required. Given his comments about the influx of players last summer, there may well be a repeat twelve months on with loanees leaving and out of contract players ready for the exit. There’s a lot of work to do and by his own admission he can’t handle that, probably even a division lower.

Given his achievements at Brighton, Poyet may well be as good a candidate as any to bring us back up, but he will probably be gone, one way or the other. If he keeps us up, then he will continue in a job which he is ill suited for, and been found lacking. We just can’t win can we? Mind you neither can he!

14 thoughts on “The Robson Report: what on earth happens next?”

Next Post
Bouncing from rock bottom at Spurs. What will we see against Everton?