Salut! Sunderland will be keeping an eye on the World Cup. Our appeal for candidates for secondary (or primary for those hostile to England) support has yielded the following suggestions, here and elsewhere: Greece, Belgium, Chile, Portugal, Australia and Uruguay. Here, in a guest post* from Mike Larsson at superbetting.com, is a scene-setter reflecting on Europe’s prospects of presenting a serious challenge to the South American teams present at Brazil 2014 …

The much-awaited 2014 FIFA World Cup is just around the corner, so now is the right time to examine what the tournament might be all about. General topics are very much the order of the day, as it’s still hard to be more specific, but some need to be talked about.

One good place to start is with an examination of the chances of the European teams, some of them appearing among the favourites for the title. However, there is something, a special factor, that may make that expectation of success seem exaggerated: the conditions.

We all know the tournament is to take place in Brazil, but what does that actually mean? Well, Brazil is very different from Europe. Forget about jet lag; there’s much more that the teams might be worried about. For example, the infrastructure seems ill-prepared for a tournament of this magnitude and the security forces will have their work cut out in seeking to ensure everything goes as planned.

Even minor incidents can affect teams to a considerable degree and, with the widely reported protests adding to issues concerning preparation, there’s a fair chance problems will crop up at some point.

The local climate is likely to be an even bigger headache for Europeans, who simply aren’t used to extreme weather conditions, especially if they spend most of their time in countries like England or Germany (those lately affected by flooding may well disagree – ed!). Unlike those countries, Brazil will be hot. Very hot, most likely. And, as if that is not enough, the chances are that an El Niño phenomenon will hit the country during the World Cup.

You’d expect modern players to be wholly resilient, certainly enough to resist a little shake-up in terms of weather. But history suggests otherwise and it’s not fanciful to fear European teams may struggle to cope. England’s coach Roy Hodgson voiced his own concerns immediately after the schedule was announced.
It’s reasonable to expect that the Spanish team, for example, won’t have experience as much difficulty in acclimatisation as, say, England. But even they may be less dangerous than if the tournament were being held in Europe.

Given all that, it seems reasonable to expect South American to do very well in the World Cup, while one of the African teams could also produce some magic and progress beyond the group stage. Brazil will naturally benefit from the conditions although, if we are to speculate a little, Argentina or Mexico could be among those well placed to profit even more since they will be under less pressure than the hosts. All will feel they have home advantage over teams from Europe.

The question is simple: how does this sort of analysis translate into betting insight? Well, things will become much clearer once we have seen the first batch of games, but even the pre-tournament markets hold some value that we are keen to bank on, so we’re going to suggest two interesting bets straight away.

Firstly, we say that there’s a good chance that England won’t get past the group stage (2.20 @ superbetting.com).

Quite simply, they aren’t currently good enough to challenge the best sides in the world. Their squad isn’t particularly experienced and the expectations are so high that living up to them looks a tall order, especially since they’ve been drawn into a fairly tough group with Uruguay, Italy, and Costa Rica. The team is naturally good enough to qualify for the play-offs, but the odds look slightly off and we see value in going against England in conditions that aren’t likely to suit players who spend most of their time on the cold British Isles.

Secondly, we’ll have a bet on Ghana to make it through to the play-off stages of the tournament (3.75 @ superbetting.com). They’ve been drawn into one of the hardest groups but, at the same time, they are among the best African squads and should be able to beat the USA, so this price is virtually for them to out-compete Portugal, which – in our opinion – isn’t wholly impossible. The Portuguese side lacks depth and Cristiano Ronaldo can’t win every single match on his own, so backing Ghana to qualify from the group looks like a good choice for the more adventurously minded.

*** Our pals at Campo Retro are offering free name and number personalisation on anything brought from their new range of World Cup shirts. Use the code FPSS when ordering at camporetro.com to qualify. Here’s a familiar name … 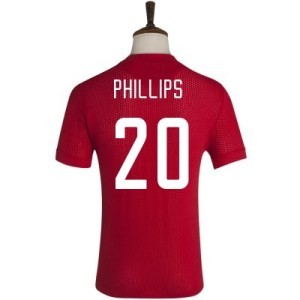