Delight seemed as good a first response as any to news that Gus Poyet had signed a new contract, flattening all the speculation about being lured away to low-rent clubs in east London or on the south coast.

It keeps him, theoretically, at Sunderland until 2016 which translates as two seasons to do what no manager since Peter Reid, mid-term and only fleetingly, has managed since the first half of the 1950s (third in 1950, fourth in 1955), and restore to the club its historical upper-table status.

Perfectly viable arguments were set out on these pages at the end of the season to suggest that not everything Poyet did was right.

But it is hard to challenge the key facts: he took a team at rock bottom, and seemingly without hope, in October and – albeit stutteringly – not only won a chance of survival but also produced two exciting cup runs, one all the way to honourable defeat in our first non-playoff final since 1992. Then, after an alarming post-Wembley decline, he and the players between them mustered the passion, commitment and occasional flair needed, along with the luck we’d often lacked, to bring off an extraordinary escape.

In other words, he got an awful lot more right than he got wrong and it would have been crazy and demoralising, as well as morally wrong, had Ellis Short not made it an essential task to keep him on improved terms with the power he needs to carry out yet another Sunderland rebuild.

We have, of course, been this way before.

* Reid: after saving us from another humiliating descent to the third tier in 1995, won the title the next season but was given paltry resources with the inevitable consequence of immediate relegation from the top flight. After the dramatic tragedy of the 1998 playoff final, he led SAFC back to the Premier with record points and goals and then, still essentially on a shoestring, secured successive seventh-top finishes. Then came the collapse and, by the time Reid had real money to spend, it was probably too late and a club record of £6.75m on the busted flush of Tore André Flo did nothing to halt the downward drift, completed at the end of that 19-point season of 2002-2003 several months after Reid had been booted out.

* Mick McCarthy: the man has limitations but he, too, took a struggling club from gloom to bliss with places in the FA Cup and promotion playoff semis in his first full season and the championship title in his second. Again denied adequate resources, he proved incapable of even looking like keeping us up. The old 19-point nadir became the new 15-point nadir (and thank heavens Derby came along later to steal that unwanted place in the Premier record books). 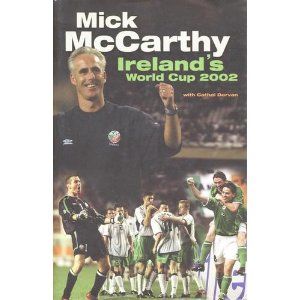 * Roy Keane: we reach him by drawing a veil over the eccentric self-appointment of a Sunderland hero, Niall Quinn, as manager (on top of his duties as chairman) at the start of the 2006-2007 season – just as we ignored the blessedly brief reign of Howard Wilkinson after Reid’s sacking. Keane produced an instant reversal of form, taking the club to a barnstorming title-winning promotion clinched by a 5-0 away win at Luton in the final game of the season. After a promising enough start to life back in the Premier, with a 15th place finish, Keane also lost his way and was gone by December of the next season. With him went all those hopes that this master of his trade, with an illustrious Old Trafford career behind him, would be able to bring in players of sufficient calibre and application to make Sunderland a force once more.

* Steve Bruce: forgetting Ricky Sbragia’s honest but deeply unimpressive spell as caretaker – survival was secured only because other teams, notably Newcastle, lost on the final day, as did Sunderland – was the next boss. I am as much a critic of Bruce’s post-dismissal rantings as the next Sunderland supporter, and felt that his dismissal was the right decision at the right time; I will also go to my grave believing he deserved more credit for that 10th top finish than most are prepared to give him. It is true this lofty height was reached after a calamitous mid-season slump, but baseless to say he then got lucky with results elsewhere unless we can swear we would have sympathised with him over poor luck had they gone the other way and Sunderland finished three or four places lower or worse.

* Martin O’Neill: The truly great disappointment of recent times. Our boyhood fan, a man with classy managerial pedigree, an articulate, thoughtful figurehead, at last a leader to propel Sunderland to that famous, illusive next level. What did we get? A swift, decisive turnaround in form to lift us out of danger, followed by much more flirting with danger before a finish at 14th. The big-money signings of Steven Fletcher and Adam Johnson lifted spirits massively for the next season but, once again, Sunderland flopped. O’Neill solution in the January transfer window – Danny Graham, bought for £5m from Swansea – angered the fans and, on some accounts, Short. Yet dismissal at the end of March seemed a desperate, risk-laden gamble and the appointment of Paolo Di Canio in his place raised doubts about the club’s collective sanity. It worked!

After PDC managed to pull off Great Escape Vol I, it seemed the new Italian revolution could be a great deal more substantial than the old Irish one had proved. But a hotchpotch of summer signings, with Roberto De Fanti pulling most of the strings, and a suicidal approach by PDC to man-management – initially firm and understood, but becoming by stages hysterical and oppressive – led to a season’s start from hell. Then came Poyet and Great Escape Vol II.

The one constant, reassuring presence of recent seasons – the supporters apart – has been Kevin Ball, who has worked well with young players and steadied the ship in brief transitional spells between managerial dismissals and appointments. Bally even managed to produce the only home win of the 15-point season, victory over Fulham in the last same as we slid back down.

So my initial delight at Poyet’s new deal has given way to a more measured response. Overall, he did a magnificent job in keeping us up. He now has a chance to consolidate that achievement and bring back better times. But the decisions so far make for an interesting short-term future, not necessarily the beginning of a thrilling new phase of the club’s grand history. I share concerns expressed here by Jeremy Robson and others that we have placed hugely disproportionate reliance on the loan system.

That said, I also share every supporter’s hope that another, more enduring miracle is around the corner. Bring it on, Gus.

* Image of Peter Reid, when he turned out for FC Easington, courtesy of the WhatCulture website. Read the story at https://safc.blog/2013/02/cheer-up-peter-reid-star-of-england-everton-man-city-and-easington/

Next Post
And the HAWAY winner is Raich Carter, Hull fan with Sunderland name