In this, Keir Bradwell‘s final ratings of the season, he combines our final two games into a special end-of-season bumper edition, a la that other fine media outlet, The Beano. We see the survival job done against the Baggies and the team revert to form for our final game …

Did very well with what little he had to deal with. An assured performance and a welcome clean sheet.

Excellent. Just keeps improving, game after game. He’s certainly making a case to be our first-choice right-back next year, although I’d probably rather have a natural one in his place. Nevertheless, he’s been wonderful recently.

Like Mannone, didn’t have much to do, especially in the first half, but did his job when required. Solid.

Quality captain’s performance from O’Shea. Defended excellently all game, and ultimately lead the team to the victory that saw Sunderland safe from relegation.

Set up the first goal with a wonderful run and a brilliant cross, and like the rest of his defence, easily dealt with West Brom’s attacks.

Controlled the game from central midfield. His all round game is becoming excellent, now. On the night he was helping out both in defence and attack with his new-found range of passing and well-timed tackles.

Made an absolutely incredible pass for Borini’s goal, and as is becoming the norm, worked tirelessly, running up and down the pitch to help out, all game.

I don’t think he’s the best of our midfielders, nor, arguably, in our top three, but Colback did well again tonight, scoring the crucial opener to let Sunderland take control of the game. The only problem I have with Colback is that he tends to drift out of games quite a lot as he did towards the end of this one. Nevertheless, I hope we can get him a new contract before he leaves on a free during the summer.

Quiet. He seems to have been the only player not to improve in form in the run of wins that we’ve had. Used to create far more and attack his fullback, but now tends to sit back nearer the half-way line and cut in. Perhaps a pre-season will do him the world of good.

Scored our second with a top-class finish after a beautiful assist by Seb Larsson. He’s been one of our most consistent players all season and his recent run of form continues.

Was left isolated up front in the second half, and looked very tired. Is still a very useful physical presence in attack, mind. 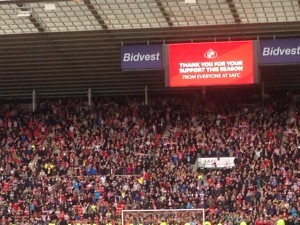 Calmed the nerves and generally settled everything down with time running out for West Brom.

Missed a brilliant chance in horrific fashion late on in the game, but apart from that, wasn’t involved in the game for long enough to play much of a part in it.

Only came on late, so didn’t really have anything to do.

Conceded three, which is never a good thing. Avoided making many mistakes but it’s difficult to give someone who let three in a particularly high rating.

He’s brilliant. For a central defender, he gets forward all the time and is very capable of tackling a fast winger down his side of the pitch, as well as whipping in a cross down the other end. Another excellent performance from the Argentine.

Like O’Shea, he had an absolutely awful start. You could argue they were collectively at fault for the first two goals, too. Very poor.

As above, started far too slowly and let the rest of his team down. Extremely disappointing. 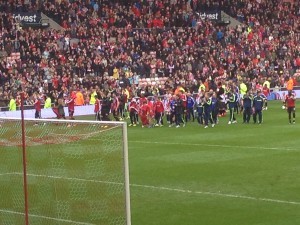 Woeful. I’d have thought he’d have wanted to make a good last impression as a Sunderland player in what will surely be his last game for the club, but evidently not. Incredibly weak, with lacklustre passing and, frankly, effort.

Average. Didn’t achieve anything, really, at all. It seems his form has finally gone back to normal. I’d not give him a new contract, personally.

Extremely quiet. Produced nothing, offered nothing. Similarly, perhaps a new contract is not the best idea…

Did well, but didn’t stand out. Whipped in a few decent crosses, created a few chances, but the quality of those were inconsistent. This team seems very tired after the run of results we had. In a way, it’s hard to blame them.

Scored a lovely little header to get us back into the game, but it ultimately counted for little, other than that he reached double figures for the season. I really hope he stays. A cracking young player to have on our books. I think we’d miss him otherwise.

Just couldn’t get into the game, which is understandable given the amount of fixtures we’ve had to play over recent weeks. A summer break should do him the world of good.

Didn’t really do much at all, other than one or two half-decent crosses into their area late on.

Almost scored what would’ve been a wondergoal, but otherwise had a pretty poor game. I still cling on to faint hopes of him improving next year into a Premier League quality centre-forward, but I can’t see it.

He’s grown! Offered a welcome physical presence in the midfield and looked sharp. Was very impressed with him, especially given the little amount of time he had on the pitch. I’d like to see him play a lot more next year, certainly. 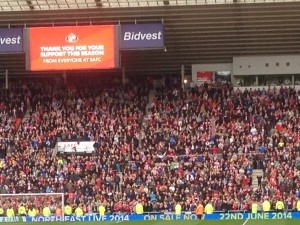 Next Post
Wembley and Safe (4): no Leeds, Blackburn and Middlesbrough after all