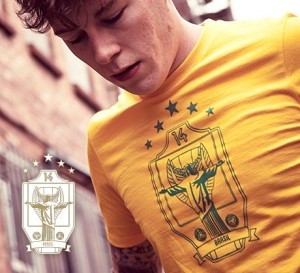 Let’s get one thing straight: the United States didn’t “back in” to the Round of 16.

They don’t have to thank Cristiano Ronaldo for his gift of a winner or the Ghanaian Football Association for dismissing Kevin Prince-Boateng and Sulley Ali Muntari from the team.

They don’t have to thank Germany for routing Portugal by four goals or finding a late equalizer in their match against Ghana.

Sure, those things are nice. They’re certainly helpful. And they’re part of the Group G picture. But the United States didn’t “back in” to the knockout stage.

The United States are in the Round of 16 because they secured four points in the Group of Death. Because they beat Ghana and drew a world-class team in Portugal.

They’re in because they got there.

That being said, Thursday wasn’t easy. With one television on US-Germany and another on Portugal-Ghana, the day began with tempered enthusiasm.

I didn’t expect the teams to simply kick the ball around and play for a draw, so the first 45 minutes were no surprise. The US were outplayed in every facet of the game, they lost the possession battle handily, and Graham Zusi’s shot over the bar was the only legitimate chance they had.

But John Boye whiffed on a clearance and the ball found the back of the Ghanaian net. At the half: Germany 0-0 United States, Portugal 1-0 Ghana.

So when the second half began, I hoped for more of the same from the first half — and got none of it. Thomas Muller scored on a terrific strike that eluded three players. Almost simultaneously, Asamoah Gyan (former Sunderland striker, of course) equalized for Ghana. 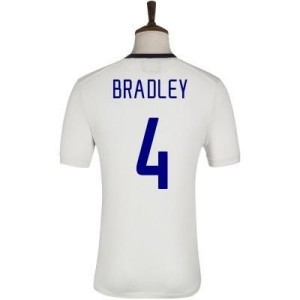 (Of course, it didn’t help that a friend had said days earlier that the most gut-wrenching scenario would be a 1-0 US loss and a 2-1 Ghana win.)

But then, of course, Cristiano arrived, just as he did (unfortunately) in the waning stages against the United States. Ronaldo scored, and my friends and I celebrated. A weight was lifted, because Ghana needed to score twice, and that wasn’t going to happen.

So I guess, you could say thank you to Ronaldo for making the last 10 minutes of both matches much more enjoyable.

But don’t thank him for putting the US in. The US put themselves into the next round.

Now they have a date with an underwhelming Belgium squad. Dare I say the quarterfinals are calling?

To borrow a Sunderland mantra from the past season, do I dare to dream?

* The images are from the Campo Retro World Cup range

Next Post
Brazil 2014: the USA, Salut! Sunderland readers’ choice, make it through