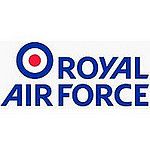 He signed off with his name followed by (“in his hospital bed”). No further information, certainly nothing to indicate he was gravely ill or about to become so. But last week, his wife, Kathy, added this sad message at Facebook: “I am making this post on behalf of my husband, George, to let his Facebook friends know that he passed away on Sunday 14th in St Colombus Hospice.” George, who had been business development manager for Publishing Technology plc, was only 61.

Salut! Sunderland’s sympathies go out to Kathy and all family and friends. They will be shared by so many others who knew him as I did, as a sort of like-minded modern equivalent of the pen friend.

But let me tell you a little more about George. In a fascinating series here on the Mackem Diaspora in 2011, inspired by memories posted at Blackcats, George wrote of himself:

I have been a season ticket holder while in Edinburgh, prior to getting married, but have not been anything lime as often as I would have liked since then. I have to admit that apart from friendlies in Edinburgh (don’t think I’ve missed one since 79), the last time I saw a home game it was the final league game at Roker Park against Everton.

I am hoping to make my first pilgrimage to the SoL later this year, with my second eldest son, as his treat to return the complement after I took him to Barcelona in December ( not much difference, eh?).

* Brian Cobb: “I am a friend of George’s from his RAF days. I remember him as an intelligent man with a sharp wit. He was very knowledgeable and passionate about aviation, music and Sunderland Football club … Rest in peace, George. You left us too soon.”

2 thoughts on “RIP George Pitcher, ‘red sheep of the family’”

Next Post
Sunderland Observed: Sixer suggests Messi and Iniesta in the transfer window