No one correctly guessed 3-2 as the score from the Etihad so the latest edition of Guess the Score is a rollover, with two mugs as the prize. READ ON …

Over the years, and perhaps with relatively little else to shout about, Salut! Sunderland has published plenty about the great day in history – social history, too, not just footballing detail – that was May 5 1973.

Many readers are old enough and were lucky enough to be there. Others, Monsiuer Salut among them, have hard-luck stories of broken promises or disappointment in the hunt for tickets. But however we ended up watching the momentous events of that afternoon in north-west London, it was an occasion to be remembered forever.

And for younger readers, there is the handed-down pride of being part of the great family of Sunderland support for whom winning the FA Cup, as a thoroughly unfancied Second Division side against the might of English football, was their club’s finest moment since before the Second World War. The London and SE branch of the SAFC Supporters’ Association called its newsletter 5573 in honour of the achievement until a poll revealed irritation at this drawing of attention to how long it was since we won something that was not promotion (the newsletter is now called Wear Down South, also an excellent title).

The FA Cup has lost much of its shine since those days. I would be surprised if Sunday’s crowd, for the 3rd round equivalent of the 1973 final, were as much as half the big attendances SAFC have been getting all season, despite winning only once, at home in the Premier. I hope I am wrong.

But it remains a game that will conjure up happy memories or thoughts for the scattered army of SAFC fans, while reopening old wounds for followers of Leeds. The latter have had to accustom to life below stairs in recent years.

A 2-0 defeat at Derby on Tuesday confirmed their precarious position in the bottom five of the Championship. Robbie Savage said at the BBC website: “This Leeds team look hopeless, it will be a struggle to stay up. They haven’t got a leader. I have seen great Leeds teams playing with energy and passion but they have been very poor tonight.”

We have our own problems a division higher. Sunday’s game may or may not reflect the league concerns of either side or the theoretical gulf in class, currently substantially in our favour.

Have a go at guessing the outcome. Any replay would be the subject of a separate competition so if you think it will be a draw, there is no need to add a prediction for the decider.

The usual prize of a mug from Personalised Football Gifts is doubled because no one took a stab at 3-2 in Man City vs SAFC, and you can choose between the design with a dressing room image, inserting your name on the No 12 shirt, and the Salut! Sunderland mugs (also from PFG, very nearly a cocky abbreviation of our Weardale-based sponsors and would be if, heaven forbid, they called themselves Personalised Soccer Gifts).

Leeds fans are welcome to join in. A winner from that body of support would receive a pair of mugs from PFG’s Leeds range. The winning entry will be the first to be posted, before kickoff, and M Salut’s decision shall be final.

* See also: two fine Who are You? interviews will be live today, one – already published at https://safc.blog/2015/01/fa-cup-who-are-you-1-part-of-sunderland-family-supporting-leeds/ – featuring Susan Gutteridge, the official photographer of the wonderful SAFC Ladies team, the other with Julian Young, a friend in Paris with painful memories of 1973. 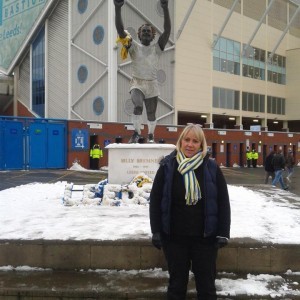 ** And here is Pete Sixsmith’s review, published in 2009 and at the time of the 40th anniversary last year, of Lance Hardy’s book*** about the final: https://safc.blog/2013/05/sunderland-leeds-and-wembley-1973-part-4-when-everyone-willed-us-to-win/

Next Post
FA Cup ‘Who are You?’: (1) part of Sunderland Family, supporting Leeds