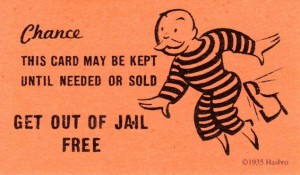 For the fans whose hands-in-pockets support for such a poorly performing club never ceases to amaze, the more crucial issue is whether any successor can pull off a third successive “Great Escape” from relegation.

Discontent among Sunderland supporters has been simmering for most of a horrendous season that has produced just two home and two away wins while offering a style and quality of football that would send an insomniac into deep slumber.

So what is Dick Advocaat, Sam Allardyce or any other manager linked with the now-vacant post at the Stadium of Light likely to be thinking?

He may look at the exceptional fan base, the superb stadium and the club’s grand tradition — six top-flight titles, albeit all since before the Second World War and three of them in the century before last — and be seduced by a wonderful opportunity to recreate past glories.

Alternatively, he may wonder why so many other competent, even acclaimed characters have failed in the attempt or given the club a wide berth when asked.

Have your say, here or at ESPN.

4 thoughts on “Well, would Pep Guardiola save us – or are we every manager’s graveyard?”

Next Post
Ellis Short helps Gus Poyet hop on the bus. But what now?