Jordan Street* is just 23, a home-and-away Man United supporter who comes from the city and is as passionate about his club as it’s possible to be. See his blog Old Trafford Faithful or his tweets at http:///www.twitter.com/otfaithful. We’ve often been fortunate with the quality of our Man Utd Who are You?s and Jordan’s is no exception. He likes Sunderland for being northern, thinks we have a decent enough squad but fears Dick Advocaat is not the man to keep us out of trouble. We completely forgot to ask which of our players he wouldn’t mind seeing in United colours but he did try to make us feel better about 1-4 to Citeh by recalling a more humiliating scoreline of United’s own …

Salut! Sunderland: Just when people start writing United off, they bounce back (at the time of writing, following the victory over Liverpool). How do you rate the signings of Martial, priced many time higher than most would credit but already showing he can score, Memphis and the more rather more experienced Schweinsteiger? Progress or panic?

The transfer window started off great for us, we signed Memphis Depay before the season began, brought in Bastian Schweinsteiger and Morgan Schneiderlin shortly after, before adding a relatively unknown Matteo Darmian. All of which have improved the club significantly, Depay gives us that pace on the wings, Matteo Darmian is probably our only recognised right-back since Gary Neville left and he has been fantastic. As for Morgan Schneiderlin and Bastian Schweinsteiger, it feels like we’ve gone from a bang average midfield to one of the best in the league – they’ve been huge for our successes thus far.

Anthony Martial is a difficult one. He burst onto the scene with a stunning goal against Liverpool and backed that up away at Southampton. If he can keep this up then no doubt its progress, but you do feel that his inexperience will show at times.

The only panic buy for me this summer was Sergio Romero. Van Gaal was unsure as to whether De Gea would stay, but thankfully he did and Romero should remain on the bench.

The two Manchesters, Chelsea and Arsenal: is it healthy to know already the top four will be composed of some permutation of that list or can the romance of football survive such detail and other teams occasionally intrude?

It’s tough to say this early in the season, but the likes of West Ham, Crystal Palace and Leicester have significantly improved their squads. You’d imagine it will be the usual suspects who make up the top four, but I wouldn’t be too surprised to see a challenge from Tottenham Hotspur or maybe Liverpool. Obviously it’d be nice to see a so called smaller club break in, but I just cannot see it happening.

And is all now forgiven between the supporters and the Glazers? Your view of them as owners now as opposed, say, to a couple of seasons ago?

Manchester United fans will always have a hatred towards the Glazers no matter what happens. They paid for the club with borrowed money, then pocketed any profits made in the process. Yes, they’ve spent over the past two summers but they’ve had to. Our problems arose from their lack of spending during Fergie’s final few years at the helm.

We both have Dutch managers. Your view of LVG and how he compares with past managers, SAF included of course?

I like Van Gaal. He seems to split the Manchester United fans due to his ruthless mentality and style of play, but for me the proof is in the pudding. He has won league titles at every club he has been at, and given time, I’m confident he can do it again here. I know its early days but we sit second in the league, just two points behind Manchester City, who have been on fire at the start of the season.

The links between United and SAFC are weakening. Just O’Shea and the sidelined Wes Brown now. Do you have any special memories of either of them, or others – Welbeck, Evans, Richardson, Keane, Bruce etc (never forgetting Bellion) – connected to both clubs?

John O’Shea scored one of the most memorable goals for me, a stunning chip against Arsenal at Highbury back in the day, to seal an amazing 4-2 win. He’s also scored a last minute winner against Liverpool, as well as nutmegging Luis Figo! Danny Welbeck kind of left United with a sour taste for us, many expected that he’d go on to do great things here, but given the first opportunity he jumped ship and didn’t even thank the club or fans for our support of him.

Is is a strange feeling to have City looking down on you for a change? Did you you used to mock them in similar fashion and how do you respond to their claims to be the city’s real club?

It felt a bit odd for the first few years but it feels like common practice now. City are here to stay and we know that. In a sense its great because the Manchester derbies have become even more intensified. I have plenty of blue mates, and we all had a laugh about it before their money and we still do now. Both sides are from Manchester, but the majority of the city is certainly still red.

Where did you stand on the Sunderland fans’ Posnan? Harmless banter or the stuff of justifiable long-term grievance?

To be honest, It wound us up at the time. It felt like a bit of small-time mentality, but we can’t really grumble, we’d have probably done the same. Us football fans are a fickle bunch.

I bet you have a view on the disdain many non-United fans feel for the disparate nature of your support base, not just exiles but people who don’t even know where Manchester is and, even if they do, have barely been there. What is that view?

The Manchester-born fans will always be respected more in my eyes. I was born, grew up, and lived in Manchester all my life, but there are plenty of reds who travel from the other end of the country, and even the globe to watch the club week-in week-out. Some fans are in it just for the success ,but when the club goes on tour to the likes of Indonesia, Japan, Thailand and the USA, you do realise just how big Manchester United is, there are passionate fans everywhere – but alongside that you do get those glory hunters. Its all part of it I guess.

Who, for you are the true OT greats? The Busby Babes? Law/Best/Charlton? King Eric, Keano et al? Or would you throw other heroes into the mix?

For me it will always be The Class of 92. Paul Scholes, Ryan Giggs, David Beckham, Gary Neville and Nicky Butt. I grew up watching them develop as players, and to see them all lift that Champions League crown in 1999 was the pinnacle of their careers. I honestly don’t think we’ll ever see anything like it again in football.

And how, honestly, does the current squad match up to the glorious past players?

It doesn’t even come close. I’d say the only real world class player we have in our squad at the moment is David de Gea. We have plenty of potential in the likes of Anthony Martial, Memphis Depay and Luke Shaw, but they have a long way to go.

High and lows as a United fan?

A personal high would be the 2008 Champions League final. We dominated Chelsea from the get-go and deserved our goal, and just before the interval Frank Lampard scored the scruffiest of goals and turned the game completely on its head. We all know that it went to penalties and I thought it was over when John Terry stepped up, the overwhelming emotions when he missed and Manchester United went on to lift the trophy was absolutely mental. One of the best days of my life.

In terms of lows it doesn’t get much worse than being walloped 6-1 at home by Manchester City, they also went on to win the title that year. The 4-1 Liverpool demolition of us a couple of years earlier was also pretty painful.

Any particular memories – good, bad, funny – of encounters home or away with us?

The aforementioned Posnan dance will always linger in the memory. As will that goal Danny Welbeck scored against Chelsea at the Bridge whilst on loan at Sunderland. Perhaps the best though, was that Ji-Dong Won goal deep into added time. At that moment I thought Manchester United were about to secure the league title – obviously it didn’t work out that way.

http://www.footballbloggingawards.co.uk/about/how-to-vote-football-blogging-awards/ is the link that tells you how to vote, at the FBA website or on Twitter.

I like the North, everything is better up North. I don’t know many Black Cats fans personally, but its always a good away day. I was convinced Dick Advocaat would be a good appointment for Sunderland but I’m not that confident anymore…

If not dealt within other answers, have the Black Cats run out of cats’ lives (this is our ninth consecutive season in the Premier) or do you see a recovery to respectability at least?

I think you have a good squad of players, and a side more than capable of staying in the league. However confidence is extremely low at the moment and I’m not quite sure how the manager is going to boost morale. If the owners decide to get rid of Advocaat soon, I’m confident you’ll stay up. If he’s here come December, I’d be less so.

The Premier is awash with players who dive, feign injury, shirt-pull and wave imaginary cards at the ref. Should we just accept it all as part of the modern game or carry on trying to stamp it out?

I think to protect the integrity of our sport we have to continue to try and stamp it out. Diving is embarrassing, feigning injury eve more so. Although the Premier League hierarchy must start doing more to prevent the players from even thinking about diving/shirt pulling etc. For me any of the above offences should be an immediate red card, yes, its harsh, but it’d certainly make people think twice about doing it.

One step football generally or United in particular should take to improve the experience of ordinary fans?

For me I’d love to see the Premier League introduce safe-standing. The atmosphere improves so much when everyone is on their feet and singing. Believe it or not, Old Trafford is rocking at times on those big Champions League nights and huge Premier League clashes, but I feel that if we were allowed to stand throughout the duration of the game we’d see better atmospheres constantly. There is something just not quite right about sitting down and singing!

Of course! If Dick Advocaat is still in charge I think it could get embarrassing for Sunderland, but if a new manager is at the helm (which looks unlikely) it’d be a lot closer. I’ll go 3-0 United.

* Jordan Street on himself: I am a 23-year-old blogger who has supported Manchester United all my life, following the club home and away. My site is Old Trafford Faithful at http://www.oldtraffordfaithful.com and I am on Twitter at http:///www.twitter.com/otfaithful

Guess the Score – good, bad or demoralising – in Man Utd vs SAFC at https://safc.blog/2015/09/manchester-united-v-safc-guess-the-score-one-for-the-cricket-scoreboard/. It’s a two-mug rollover with a fitting alternative prize should a United supporter win 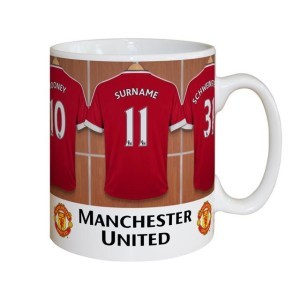 4 thoughts on “Manchester United ‘Who are You?’: Posnan, LVG and O’Shea’s exquisite nutmeg and chip”

Next Post
Manchester United v SAFC Guess the Score: one for the cricket scoreboard?