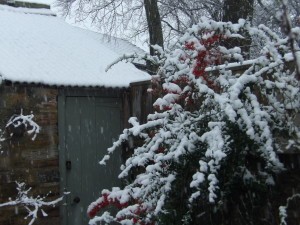 Whatever tomorrow at the Etihad or the new year hold in store, Salut! Sunderland extends seasonal best wishes to all.

If you have decided to put a visit here before listening to the Queen’s Speech or waiting for the umpteenth repeat of Morecambe and Wise, you’ll be expecting to see something new. Oops: we do repeats, too.

So use the Comments section to say whatever you want subject to the usual bounds of legality and decency and take a look, if you wish, at the delights we’ve served up for you this week:

Sixer’s version of The Twelve Days of Christmas:

On the third day of Christmas, my true love gave to me three French midfielders, who, if they are as committed and as thoughtful as Yann M’Vila, will be a genuine asset to us – perhaps we could tempt Steed Malbranque and Eric Roy out of retirement? – See more at: https://safc.blog/2015/12/sixers-12-days-of-christmas-safcs-ho-ho-hos-and-no-no-nos/#sthash.KDf50HAc.dpuf

Catch the buildup to Man City v SAFC:
* Guess the Score – it’s a rollover – so two mugs from our sponsors, Personalised Football Gifts, are up for grabs at at https://safc.blog/2015/12/manchester-city-v-safc-guess-the-score-cricket-variations-permitted/

* Who are You? – with David Mooney of the Blue Moon Podcast at https://safc.blog/2015/12/manchester-city-v-safc-who-are-you-toures-king-sam-gives-hope/

With players the calibre of Sergio Aguero, Kevin De Bruyne and Yaya Toure — scorer of a fabulous late goal at the Emirates — City will be expected to prove far too strong. So how can the apparently inevitable be avoided? It probably cannot. But if there is an optimistic answer, it may lie in recent Sunderland connections to Manchester City.

Firstly, Allardyce, a former City manager, needs his big Romanian goalkeeper, Costel Pantilimon, who spent three years at the Etihad as cover for Joe Hart, to produce the sort of display that played such an important part in helping Sunderland avert relegation last season.

The highlight of Pantilimon’s City career was his League Cup winner’s medal for the 3-1 defeat of Poyet’s Sunderland at Wembley in March 2014. The goal that beat him, giving Sunderland a lead and overall supremacy at half-time, came when a glorious long ball from another City old boy, Adam Johnson, set up Fabio Borini, then on loan from Liverpool, for a powerful finish.

It was due in large measure to the bright play of Borini and Johnson that Sunderland finally sprang into life to rattle Chelsea at Stamford Bridge last Saturday. They have the touches of class, and Pantilimon the capacity for shotstopping heroics, that give Allardyce a slight chance.

* Monsieur Salut’s review at ESPN FC of the season so far: http://www.espnfc.com/barclays-premier-league/23/blog/post/2755970/premier-league-report-cards-leicester-the-big-story

3 thoughts on “Manchester City tomorrow, Liverpool to come. An easy Christmas for Sunderland”