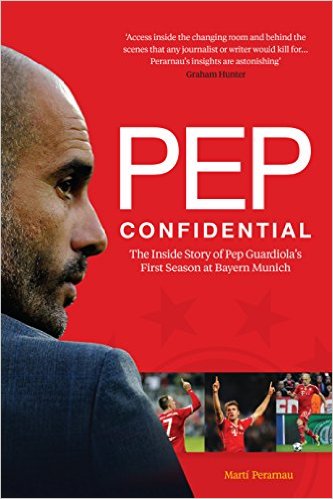 As Pep Guardiola prepares for the latest challenge of a mighty career, entrusted with the task of completing Manchester City’s rise to footballing world-beaters, he might come across words attributed to the Victorian statesman Benjamin Disraeli.

“What Manchester does today, the rest of the world does tomorrow,” Disraeli, twice Britain’s prime minister, reputedly said in praise of the city’s reputation for innovation and example.

Guardiola has sharp senses of history and culture, perhaps rare in a football manager, and has lived in Barcelona, Rome, ­Munich, Doha and New York.

But the north-western English city of Manchester, with its fiery football passions and a celebrated excellence in the arts, may prove a perfect match for his temperament and tastes.

The authors of Discovering Manchester: A Walking Guide to Manchester and Salford could have been describing him when they depicted “Manchester Man” as a strange contradiction – wealthy but self-made, patriotic, radical in politics and something of an outsider.

Most if not all of those characteristics are possessed by the man now chosen to advance the phenomenal transformation of Manchester City since the takeover by Sheikh Mansour bin Zayed’s Abu Dhabi United Group in 2008.

Guardiola, 45, has made his own success, with an estimated US$41.8m fortune, as a towering sporting figure. He leans politically to the left, and enthusiastically supports ­Catalonian demands for independence from Spain.

As a former player, he has firm views on how gifted young millionaires playing for his teams should conduct themselves. The players he inherits from the outgoing Manuel Pellegrini, and those he recruits, will quickly find themselves answering to a demanding boss willing to impose hefty fines for being late for training, missing team breakfasts and other breaches of discipline.

“His personality is at once rational and emotional,” wrote Martí Perarnau, whose generous access to the manager enabled him to produce a revealing portrait in his book Pep ­Confidential: Inside Guardiola’s First Season at Bayern Munich.

“He prepares games with his head, but lives them with his heart. He is cold, analytical, meticulous and calm when he dissects opponents, searching for possible weaknesses. But he is passionate, emotional, exuberant, volcanic even, during the 90 minutes.”

Each virtue – or defect – has been evident in Guardiola’s career, from his 11 years as a home-grown star of Barcelona through to management, via short spells in Italy, Qatar and Mexico.

He’s a devoted husband and father who enjoys designer clothes, listening to Coldplay and going to the cinema. But football is his consuming ­obsession.

Josep Guardiola Sala was born on January 18, 1971, in the village of Santpedor, 65 kilometres from Barcelona. His elderly parents have liberally decorated the family home with photographic mementoes of their son’s fabulously ­successful career.

He has two older sisters, and a younger brother, Pere, a footballers’ agent. He met Cristina Serra, who would become his wife, at 18. Her parents owned a Barcelona boutique, which the then-promising young footballer visited while moonlighting as a model for the Spanish designer Antonio Miro.

The couple have been together for 27 years, but married only in 2014. They have two daughters and a son, and are currently reportedly considering sending them to a top private school in Manchester.

From his early childhood, ­Guardiola showed signs of his passion and talent. At 13, he won a place at Barcelona’s La Masia academy. He later began a law degree, but gave up studies as it became clear his future was in football.

“Already from an early age, he would always be heading out, kicking a football about,” his father, Valentí, told the BBC ­after ­Guardiola’s Manchester City appointment was announced. “There was a sure-fire way to make him happy at Christmas, and that was to give him a football as a present … everywhere he went, he went with a ­football.”

As part of Johan Cruyff’s “dream team” of the 1990s, Guardiola played his part in winning Barcelona a first ­European Cup, the forerunner of today’s ­European Champions League, and four successive domestic titles in the Spanish La Liga. He played 47 times for Spain, scoring five goals, and also in seven friendlies for ­Catalonia.

After the lofty heights of his Barca years, Guardiola was less happy in Italy, where he played for Roma and Brescia. He even collected a four-month ban for testing positive for the steroid nandrolone, though he was eventually cleared of all charges.

In 2003, Guardiola joined ­Doha’s Al Ahli, in the Qatar Stars League, where the ­defensive midfielder’s enduring quality shone. But he resisted offers from leading European sides, Manchester City among them, feeling his playing days were nearly over, and retired in 2006 after six months with the ­Mexican club Dorados.

Guardiola’s managerial success has eclipsed his achievements on the field, most notably back at Barcelona, with a record 14 trophies in four seasons from 2008 to 2012, including two Champions League titles. After a year-long sabbatical “recharging batteries” in New York, he joined Bayern Munich.

From this summer, when he swaps Bayern’s Allianz Arena for Manchester City’s grand ­Etihad Stadium, a new challenge presents itself for a man who has known huge success but remains hungry for more.

He will be ready for it. ­Perarnau, his biographer, remembers a single phrase that came repeatedly to Guardiola’s lips: “Football has many finals, but no end.”

* Reproduced from The National with the editor’s consent. Check my work for the newspaper at http://www.thenational.ae/authors/colin-randall
Related articles