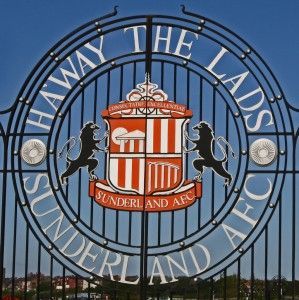 Adam Johnson, as most readers will know, faces a probable jail sentence measured in years not months after being convicted of one of the outstanding charges against him at Bradford Crown Court concerning sexual activity with a girl then aged 15.

The judge talked of having formed a preliminary view that he should receive five years’ imprisonment based on a range of four to 10.

That is his role. Ours is a limited one: to sympathise with the girl whose love of the club and admiration of Johnson have been grossly abused. There need be no sympathy for the player, whose top-level career is probably now over, in the UK at least; he has brought this on his own head and ought, quite simply, to have known and acted better. We are bitterly disappointed that a man of such talent has acted so stupidly and criminally, but no one is or should be above the law.

Salut! Sunderland has seen no reason to cover this rotten affair, except in passing when it seemed necessary, although a contributor is toying with an article about a serious aspect that arises from it.

Readers are now free to comment, provided they respect the rules of decency and legality, since there are no further issues for a lay jury to decide and judges, by custom and practice, are deemed incapable of being influenced by external comment.

Here, however, is what Sunderland AFC had to say after the verdicts were reached:

“To respect the legal process, Sunderland AFC was unable to comment on this case until after the jury had delivered its verdict. It has now done so and we thank our supporters for their patience and understanding. We now wish to clarify certain matters which arose during the trial.

“Mr Johnson was suspended by the club immediately following his arrest on March 2, 2015. At that time, the club was advised by police of the broad nature of the allegations against Mr Johnson, who was being advised at all times by his own legal team. The club felt that the decision to suspend was appropriate at that time, even though he had not then been charged with any offence.

Two weeks later, his suspension was lifted after a meeting between the club and the Professional Footballers’ Association (PFA), and after the club took independent legal advice. The club reached this decision only after carrying out a safeguarding assessment and liaising with relevant agencies.

“On 23 April 2015, Mr Johnson was charged with four offences. The club was informed that it was Mr Johnson’s intention to defend all the charges, a stance he maintained right up until the first day of trial. The club continued to review the safeguarding procedures it had put in place throughout this time.

“On 4 May 2015, an introductory meeting took place between Mr Johnson, his father and Orlando Pownall QC. Mr Pownall had not previously met Mr Johnson. The club’s CEO was present during part of that meeting. During the time that she was present there was no suggestion whatsoever that Mr Johnson would be changing his plea. Some documents were received relating to the case, which were immediately sent to Mr Pownall for his attention.

“However, the club was not in a position to make any judgment on the outcome of the case nor on Mr Johnson’s decision to defend all the allegations. Following that meeting, Mr Johnson again confirmed to the club, presumably on advice from his own legal team, that his intention was to defend the charges in their entirety and he was confident of success once all evidence had been considered. He subsequently entered not guilty pleas to all charges on 6 June 2015.

“The club did not give evidence either for the prosecution or the defence in this case.

“It was therefore not present in court when it is understood that a suggestion was made that the club knew all along that Mr Johnson was intending to change his plea just before trial to enable him to continue to play football for the club and that the club may also have been involved in tactical discussions about the plea. This is utterly without foundation and is refuted in the strongest possible terms. The club never placed any pressure or demands on Mr Johnson to play football during this process.

“Decisions in relation to the pleas and the conduct of the trial have been left entirely to Mr Johnson and his highly experienced and skilled legal team. Mr Johnson has admitted in evidence that he changed his plea “on legal advice”.

“The club only became aware of the change of plea, in relation to two of the four counts on the indictment, on the first day of the trial, after hearing it reported through the media.

“Indeed, upon learning of the guilty plea on 11 February 2016, the club acted quickly and decisively in terminating Adam Johnson’s contract without notice.

“This has been an extremely difficult time for all involved. The victim and her family have endured an unimaginable ordeal in the last 12 months and we trust that they will now be allowed to move on with their lives without further intrusion or public scrutiny.

Following the announcement of today’s verdict and the release of this detailed statement, the club intends to make no further comment.”

29 thoughts on “Adam Johnson: a wretched matter for the victim, SAFC’s dignified response”

Next Post
Sixer’s Crystal Palace Soapbox: something lost or something gained?