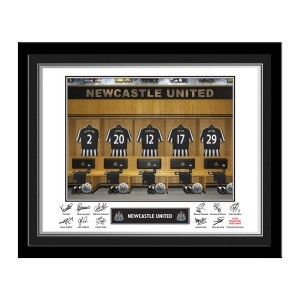 The Norwich-based Eastern Daily Press is inevitably getting as worked up about City’s prospects of survival as we are about our own. Black Cats vs Canaries vs Magpies. Which creature will prevail? So the EDP came knocking at the door and asked Pete Sixsmith how he thought the relegation battle would finish. The questions and answers presuppose that Villa are relegation certs so let’s hope they haven’t a Leicester-style revival up their sleeves …

Sixer: I think that we have a good chance – after all, we are rather good at it. The new players who have arrived in January – Kirchhoff, Kone and Khazri – have all made positive contributions so I see us as having a 60/40 chance of staying up.

Have the Black Cats deserved more points than they’ve taken in recent matches?

We should have won at Southampton and taken a point from our visit to West Ham. That would have given us a cushion and would have had Swansea and Palace looking worried while Norwich and Newcastle would have been panicking. But we didn’t, so here we are trying to win a three-team tournament.

Has Sam Allardyce done a good job since taking over?

Yes. If we had had him from the start of the season, we would be looking forward to a boring end of season and very few games switched to inconvenient kick off times to suit the two TV companies. But we didn’t.

Which players are key to your survival hopes?

Jermain Defoe is the man who will (hopefully) score the goals to keep us up. Jan Kirchhoff will hold up the midfield. Laurent Kone will be the man who cements the defence. A strong spine through the team makes all the difference.

Which players have been letting you down?

Jeremain Lens has been a disappointment and it doesn’t look as if his stay on Wearside will be a long one. Both clubs know about underperforming Dutch strikers. Most players have given of their best.

How many more points do you feel are needed to survive?

I think that another 12 will do it, particularly if we can beat Newcastle and Norwich or at least not lose to them.

Are Swansea and Palace still vulnerable?

Three weeks ago, I thought Swansea would go down. Now, they are in a much healthier position. Palace must be cursing their luck; they have conceded crucial goals in the last minute in the last two games. Pardew is a bit of a choker; if they lose the next two, they are down there with us. There is always one team….. (you know the rest)

And finally, do you see Norwich or Newcastle as your biggest threat?

It depends if McClaren continues at The Sports Direct. If he does, I think we will be ok. I’m sorry to say that I think City will go; young manager who has had no experience of this and a squad that looks as if it has run out of steam. However, if McClaren goes and they bring in a new man with some organisational ability, I see them as the ones we have to fear.

Next Post
Sunderland, Adam Johnson and a sad but necessary exit for Margaret Byrne