John McCormick writes: this was surely an “I was there” game, only I wasn’t, I had to make do with the TV. A nervy start had me hiding behind the settee and I found it difficult to watch, even at 2-0 up, but I persevered and managed to relax when young Duncan scored. What must it have been like for yet another magnificent away crowd, and for the players and manager to win in front of them?

The result makes us all feel that much better based on the size of the game.

Norwich are immediately above us and we’ve closed that big gap to just a point with a game in hand for us. That all-important cl

ean sheet was a key element in our victory today. We defended hard, with plenty of long balls into the box which we coped with well.

We played some nice attacking football with quality goals at the end of it, and we could have had a couple more with the chances in the second half. 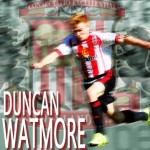 Young Duncan Watmore came in and got a nice goal for us, and Jermain Defoe’s goal came at just the right time at the start of the second half.

This is hopefully going to spur us on to more victories, because we need them to get safe.

We can enjoy our weekend – we deserve that – and the fans cheered us all the way along again.

We sold every single ticket we could get and we’re sending them home happy. That long journey back won’t seem as long now. 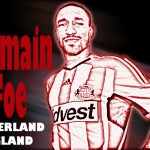 Jermain has missed a couple recently which he was very disappointed about but today he put us on track for victory and scored a goal at a very, very good time. That made life a little more desperate for Norwich who threw everything forward and left the back door open for the third goal.

5 thoughts on “SA’s essay: we can enjoy the weekend, not to mention the journey back.”