I think we deserved to leave the game with a lot more than we have done.

We lost to a really good goal and there’s nothing we could have done about it.

There are positives to take. I think we played well and we had more control in the game than we have had in previous ones. 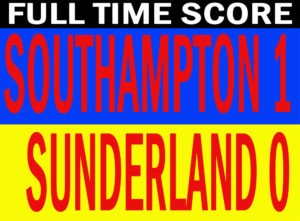 We did make some poor passes at times, but overall I think it was a good performance and I feel we shouldn’t be leaving on the back of a defeat.

We were much more improved tonight; I hope these improvements will start getting us the results we need.

The players can take confidence from how they played and the touches of the ball that they had.

It was great for the fans to make the trip and support us. We’re very grateful to them. They made great noise and we came so close to getting them a result.

2 thoughts on “Moyes on the boys at Southampton: we were much improved tonight”