The jury is probably still out on both David Moyes and Ellis Short. Sunderland’s recent run has given hope but that hope will disintegrate if we do not continue to pick up points, from the higher-placed clubs as well as fellow-strugglers. This is where Ellis Short comes in: is he simply being canny, letting it be known through his chief executive Martin Bain that no money is available for the transfer window, whereas Moyes actually has at least some room for manoeuvre? Or is he really willing to risk a massive cut in the value of the club he wants to sell, hoping Moyes’s threadbare squad can hack it but ready to let it sink into the Championship if it does not? Alex McMahon offers some thoughts on these issues…

Will Moyes be hamstrung by Ellis Short?

Sunderland have experienced an upturn in fortunes recently, winning four of their last eight league games, but they are still occupy an unwanted spot in the relegation zone.

The football odds on Paddy Power have the club down at 4/6 to be relegated and, although there is plenty more football yet to be played this season, the current signs aren’t exactly massively positive for Sunderland fans. 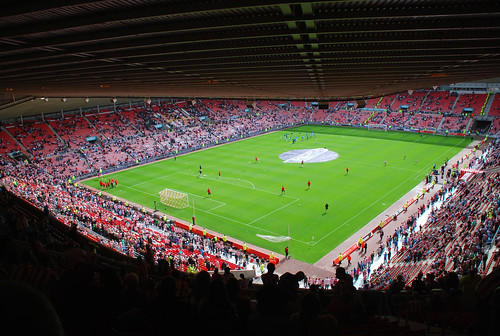 With the January transfer window looming, the question on the lips of Sunderland fans is: will David Moyes be hamstrung by Ellis Short’s desire to sell the club, a desperation that will surely put the brakes on any potential January transfer piggy bank for the manager?

Short can’t be accused of long-term neglect after smashing the club’s transfer record to bring in Didier Ibrahim Ndong for £13.6m at the end of the summer transfer window.

That said, the example set by Randy Lerner at Aston Villa should be viewed as a serious warning to Short that trying to sell a club without continuing to fund it adequately in the interim can lead down a rocky road to relegation.

Given that he is trying to sell the club, it’s understandable that funds may not be forthcoming in the short term, but as Moyes has stated recently, he might never have taken the Sunderland managerial role had he known the club was going to be sold imminently.

There are those who might view this as an excuse from a manager who realises he needs to do better in the second half of the season, but just look back at the quotes from Moyes when he took over regarding the guarantees he received about budgets.

Can Moyes use the loan system to his advantage?

Making big money signings might be out of the question, but the current injury crisis at Sunderland (which is likely to be exacerbated by the number of games scheduled for the Christmas period) could encourage Moyes to use the loan system to his advantage by bringing in players who are hungry to impress, especially in light of the fact the funds set aside to pay Yann M’Vila are now freed up since he decided not to rejoin the Black Cats permanently despite initially signing a contract for January.

It may well be a sound move from a manager coming under increasing pressure to look for players at top clubs who are not playing regularly but still have the potential to improve his squad by providing experience plus competition for places.

Target-wise, it wouldn’t be a bad move to look at someone like Peter Crouch or even perhaps Bastian Schweinsteiger, both players capable of coming up to the North East to do a job for a club in trouble before considering the proposed location of their final club in the summer to bring an end to their careers.

If Moyes can persuade players of the quality of Crouch and Schweinsteiger to head to Sunderland, he might stand a chance not only of keeping the club in the Premier League, but also of providing the club’s owner with a short-term fix that allows him to sell the club as a Premier League proposition rather than as a cut-price Championship outfit.

Next Post
Burnley and Liverpool Guess the Scores. Prizes at the treble