The Things We Do For Love competition attracted some excellent entries, some great memories. Choosing a winner of the above print of Roker Park – with mighty thanks to our generous sponsors http://www.wearedorothy.com – was tough.

Check out the earlier mentions of the competition here and, when Pete Sixsmith’s reminiscences on Sunderland in the European Cupwinners’ Cup in 1973, prompted more memories here.

But this, from Wrinkly Pete, aka Peter Lynn, is the winner on the arbitrary choice of Monsieur Salut. Out thanks to Pete, to all others who posted contributions and to the folk at Dorothy, who assure us the prize is in the post. 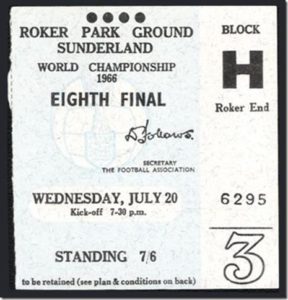 * See all the buildup to Sunderland v Watford by going to the home page and navigating from there.

1 thought on “The Things We Do For Love of Sunderland. And the winner is …”

Next Post
SAFC v Watford Who are You?: Kaboul ‘a good guy to have around’