Monsieur Salut writes: please see John McCormick’s fine piece on Barca 6-1 PSG. My view from France? The PSG collapse was lead item on the French lunchtime news, which I found shocking given there is also a presidential election campaign and a gruesome family murder in Brittany. I am quite pleased about PSG’s heavy defeat but only because I regard them as a fairly loathsome club and don’t (yet? really?) feel the same way about Barcelona. And now for some Salut! Sunderland housekeeping …

It boils down to an invitation to Guess the Score – in the absence of a Sunderland game – in either of the two matches affecting us, Bournemouth vs West Ham and Hull vs Swansea. Be first to be right in either case and you can either have the mini-version of Nick Barnes’s Matchbook, knowing a fiver will go to the Bradley Lowery fund, or – if, say, you support one of the teams involved – a mug reflecting your allegiance … in the latter case, Salut! Sunderland would pay the fiver into Bradley’s fund

Goes without saying that two first-to-be-correct scorelines = two prizes. You must have a UK delivery address.

There is not much fun in winning Guess the Score when you go for a scoreline that dumps your club in more trouble.

Phil Davison has done it twice running, once with the 2-0 defeat at Everton and then with the same losing result when Man City came to the Stadium of Light. No wonder Phil’s sought refuge among the murderous drug barons of Mexico – it probably feels safer than showing his face back home.

But at least his second win on the trot has a positive aspect: Tales from Red and Whites – a publishing outfit with its heart in all the right places – offered £5 towards the Bradley Lowery fund for every copy of the mini-version of Nick Barnes’s Matchbook sold. Since it costs only £8.99 that is pretty generous.

For the Man City game, I offered it on that basis. And Phil won it. His copy should be on its way as I write, but to an address in Sunderland to Mexico, as should be a brand new mug. The same, for the mug, applies to Conor Boyle, whose dad Chris, also exiled but in the Middle East, is another recent winner.

No one sponsors these awards any more but Salut! Sunderland does get occasional advertising in the form of paid-for links to betting firms. You’ll doubtless have worked it out which ones belong to that category.

I try to make the accompanying pieces as interesting as possible but recognise that these are rarely if ever articles any of us – deputy editor Malcolm Dawson, associate editor John McCormick or I – would choose ourselves. Helps pay the rent (there are costs incurred in keeping the site going) and if the modest income also aids worthy causes, so much the better.

Now, since both games affect us, have a stab at the results in Bournemouth-West Ham and Hull-Swansea. 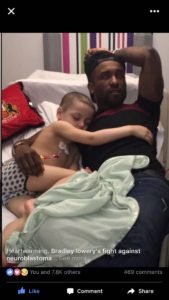