John McCormick writes: Wrinkly Pete often illuminates his posts with reference to old songs which, given most of our readers can remember us winning a trophy, still resonate. He missed one, though, but I spotted it and stuck it in the title.

Read on and you’ll find it somewhere in his prose. So this week’s quiz is:

What’s the title, and can you identify any singers/groups and the years in which they recorded versions?

No prizes, but there are at least four to find, and all from different years, if my memory serves me well. And if you think I’m looking back to keep my mind from pondering what lies ahead, maybe I am, not that Wrinkly Pete agrees.

Well, we have not even broken sweat (yes, including some of our players) and my prediction is bang on course. We have nil points from the Stoke game and, having exited the FA cup, will be able to rest up prior to the Spurs home game.    I do try to enjoy the experience of following The Lads and can sometimes appreciate the bizarre events that I witness in so doing. As examples from the Stoke game, not only did the South Stand set a new record for earliest mass exit but our players were not stupid in the second half. They knew that if they annoyed Stoke too much they would be properly smacked (are you still allowed to type that?). How else could you explain Rodwell’s miss? Speaking of the mass exit, the crowd gaps that I refer to were filled by the time of the second half restart. As my namesake Peter Kay would say “What was that all about?” Did the exiteers all need an early wee? Were the gates opened at half time as in days of old and free loaders filled the gaps? I prefer to think the exiteers heard the crowd greet Defoe’s goal and still had enough belief to reclaim their seats. Which ever I am glad. If we expect fight from our players, we must support them. 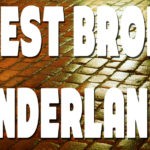 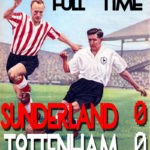 Ok, so we didn’t get the win I predicted, although we should have if (a) Borini had scored when through on goal, or (b) wins were determined by attitude.      It was a pleasure to be there last night. 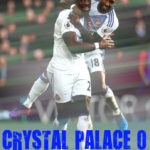 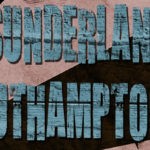 Was it all my fault? I predicted the loss based on experiencing so many false dawns over the years following The Lads – although I secretly hoped that Southampton would have one eye on their cup final appearance and we might get something! No, on reflection I don’t think I am to blame, especially after reading the excellent comments that follow Pete Sixsmith’s latest match report. I think that we were simply not good enough in most positions. When we raise our game, for example against Spurs, when we knew we had to, then we can just about compete. If we fall behind, our already fragile confidence completely disappears. 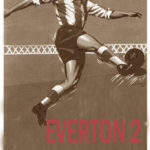 Hmmm. I wasn’t at this one so have to rely on other peoples match reports and the SAFC website highlights. Worryingly, our only two outstanding moments seemed to be (a) the continuing excellent response to the needs of Bradley Lowery and (b) Defoe hitting the woodwork.

When the players shook hands pre kick off, it may have been the camera angle but our players all looked smaller than Everton’s. In any event, and not for the first time this season, what little I have been able to see did look like men (them) against boys (us). Well, there is nothing that we can do about that until the giant Kirchoff and the terrier Cattermole return so let’s look for the positives in where we are. Firstly, we are only two points short of my survival scenario at this point in time. Secondly, we have only two games to play in March now that the ‘Boro game has been postponed. If my memory serves me well, a similar thing occurred in two of our recent escape seasons, allowing us time to get injured players back and giving us a “game in hand” over relegation rivals. Thirdly, and crucially, although others down at the bottom have gained points whilst we haven’t, not everyone has so that we are still in touch. Finally, we have Pickford back in goal. I feel sorry for Mannone as I think he gives everything to the cause and I remember it was he who instigated the wages forfeit after the Southampton eight goal debacle. However, I am certain that Pickford is the better keeper and IF we are to stay up we MUST have our best players on the pitch.

I shall be there on Sunday, dreading a thrashing and hoping for a miracle  – whatever happened to Ji??

OK, so we lost which makes this prediction of mine look a bit silly as we are now five points adrift of my imagined tally at this point. However, the 2-0 defeat does not give a full reflection on what I was lucky enoug

h to witness first hand. Firstly, with a little luck we could have scored three or four goals, in which Jones (twice), Borini and Janazai would have aided Defoe in his goal scoring exploits. Secondly, our team, unchanged for the first time this season (?), and costing perhaps a tenth of that of our opponents, matched City in most respects and outplayed them in spirit, even when two goals down. If we can play like that AND maintain the spirit for EVERY remaining game we could still survive in the Premier League. If my memory serves me well, in each of our other recent escapes it has only been when we have been “cut adrift” which we pretty much are now, that the siege mentality has kicked in and we have found the means to raise our performances, consistently.

My only disappointment yesterday was with those “supporters” who chose to leave – in their thousands – on 80 minutes. I really don’t understand it and have now given up trying to think what the motivation for it is. I would just ask this: Does leaving early add anything positive to the efforts of the players, management, club and other supporters who are trying to help us avoid relegation?  If the honest answer is no then please stay and back The Lads.

Apr 22 Arsenal (a) Lose. Miffed at not being in the FA cup semi-final, The Gunners take it out on us, with the four foot tall Sanchez getting a hat trick of headed goals.

Apr 29 Bournemouth (h) Lose. We have the jitters, with safety in sight, Bournemouth are by now already safe.

May 6 Hull (a) Win. Hull become our Norwich of last season as we secure their relegation.

May 13 Swansea (h) Win. Swansea, who are already down, give in to allow us to escape again.

We survive with 37 points, the same total as last season.

As if I could care less, Palace are also relegated. This then is Big Sam’s first relegation and completes a miserable season for him personally.

6 thoughts on “Wrinkly Pete’s Crystal Ball. ‘If my memory serves me well’”