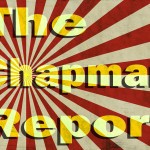 Like myself, Pete Sixsmith does not have a high regard for Chelsea Football Club. This may be a contributing factor as to why I have substituted for him, with this particular fixture, on at least three occasions in recent seasons.

Stamford Bridge was the location of my first ever Sunderland match. It was in August 1964 and it was a very different stadium to the one it is today. In the 60s it had a greyhound track around the pitch and most of the ground apart from one side was open terrace. We lost the match 3-1 and on the way out a youth pinched the hat I had been given for my ninth birthday. A grudge was born!

From the 60s and into the 80s, Chelsea always had a hooligan element. It never stopped me going but you were always on edge. None more so than the 1985 League Cup semi-final when they rioted during and after the match. Check out the police horse charge on YouTube. On top of all that they had the Thatcher acolyte, Ken Bates, as the owner.

With a good rail service into London, I can be sat in a decent pub near Kings Cross/St Pancras in the same time it takes Pete to travel from Shildon to the Stadium of Light. Mables Tavern is a current favourite although this time we opted for the Rocket on Euston Road.  A good choice as we sat and watched the first half of the FA Vase Final at Wembley.

With Julio hardly breaking sweat he was the class act sat in front of his back four. Such a pity that he had to retire through injury as he could probably still do a half decent job for us.

We then moved on to the Prince of Tech in Earls Court. Team news came through indicating that Lescott would be making his debut. Assuming that he is on at least £20,000 per week, it would seem that the 100 minutes that he has now played for us has cost us about £3,000 per minute!

The game started and I was surprised to see Januzaj taking over the Defoe role rather than Borini. An early run by the former led to a free kick just outside the box. Larsson took the kick which led to the ball deflecting to Manquillo who then fired it into the net. Miracles can happen I thought? Wouldn’t it be great to stick one on Chelsea and especially John Terry. I’m sure the Ferdinand brothers were thinking exactly the same as me.

However, within four minutes reality struck back and Chelsea were back on level terms through the excellent Willian. After the ridiculous 26 minute Terry send off – no applause from me – we managed to reach half time.

Just like the other night at Arsenal, class invariably tells. With Willian, Hazard and Fabregas running the show it was no surprise when they took the lead. Once they were in front, there was no way back for us. I thought 3-1 would have been a fairer result rather than the 5 they achieved. I wasn’t too disappointed as I thought the 13 who had declared themselves fit to play had given their best. Sadly at this level it’s just not good enough.

At the end, unlike two years ago, I stayed to watch the presentation. However much I dislike Chelsea, they are the best team, have a great manager and some truly world class players worth paying to watch. So, not being mean spirited, I gave them a clap.

So, now we are down and nobody could care less. We have been a laughing stock for a few years now. Apart from the Mags everybody used to like Sunderland and their fans. Not anymore! Where did it all go wrong?

Ultimately, the fault lies with Ellis Short. No one can deny that he has invested massively in the club. However, I believe he made a huge mistake when he decided to alienate and then drive Niall Quinn away. I am sure a lot of the mess we have found ourselves in over the past 5/6 years could have been alleviated with Niall overseeing the day to day running of the club. That’s just one point there are countless other reasons why we are in such a mess.

For my part, I will continue to spend hard earned cash on the club in the knowledge that by the law of averages we must get it right sometime in the future.

As I finish this final report, Steve my Liverpool-supporting local butcher has just come round to tell me that David Moyes has gone. Flabbergasted, genuinely not knowing whether to cheer or cry, I gave him some rhubarb and parsnip as a thank you present!

1 thought on “We almost forgot. Moyes was still manager when the Chapman Report visited Chelsea”

Next Post
Sixer’s Soapbox: Moyes resigns, he won’t be missed