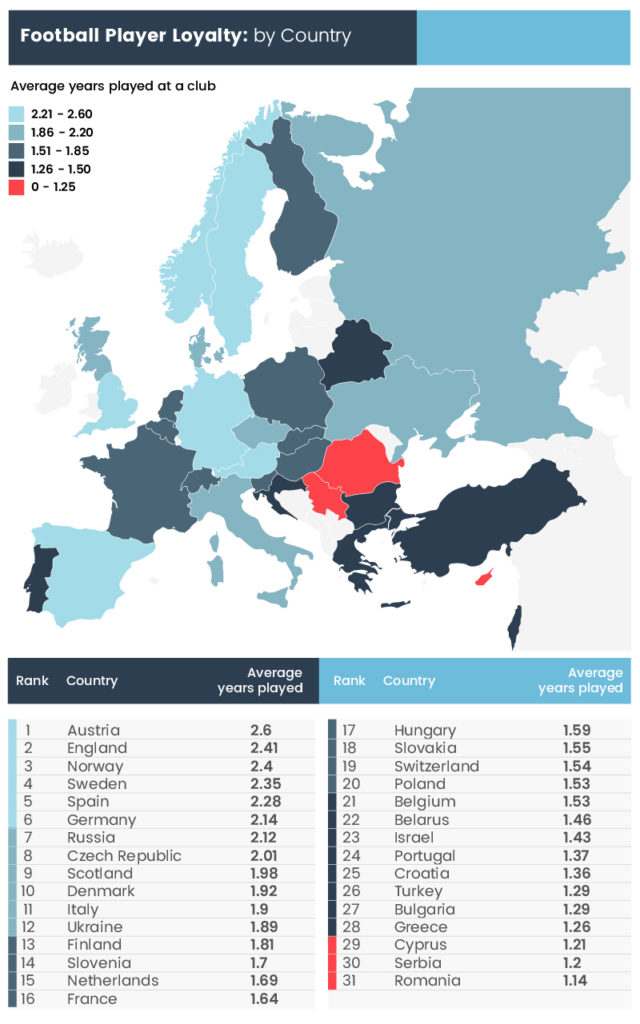 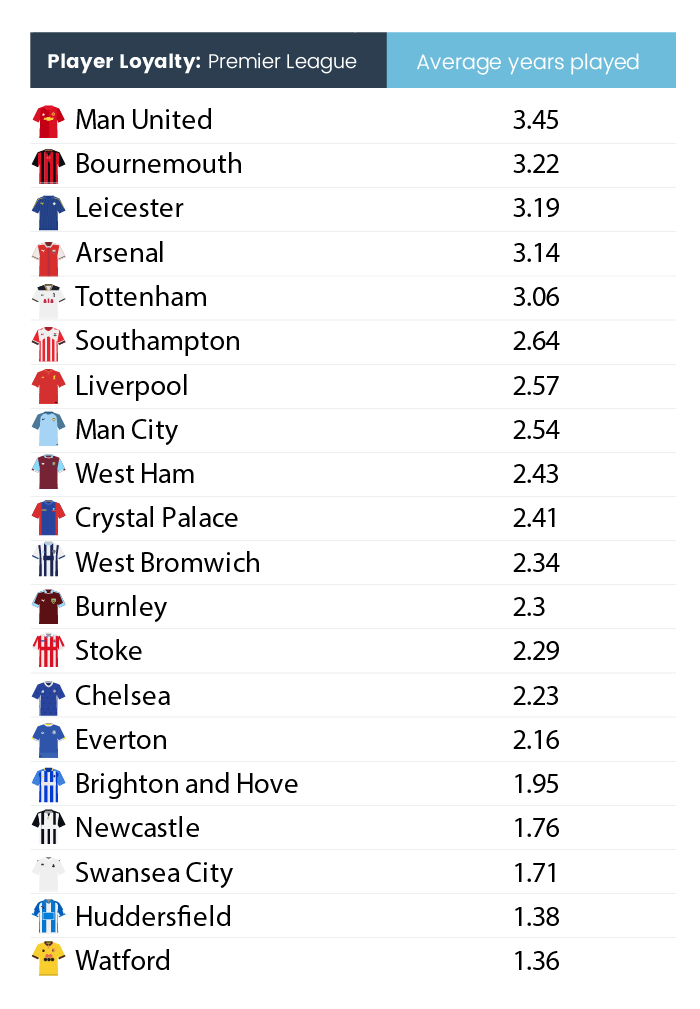 New research by https://www.ticketgum.com/ raises similar issues and provides interesting detail from around Europe, without actually answering the basic question.

* The Premier League has Europe’s best record after its Austria equivalent for the attachment of footballers to their clubs, players staying on average 2.41 years (not quite up to the Jimmy Armfield standard: 569 games in 17 years at Blackpool; asked once by Salut! Sunderland if he’d ever thought of playing for us, he replied that Blackpool was quite cold enough – it was a great interview by the way, worth checking out at this link)

* The loyalty of Arsenal players has decreased in recent year [it does feel as if not many many players go there intending to stay more than a season or two – Ed] , and Man United held onto their players longer than any other Premier League team

The researchers say: “As their bargaining power and influence grows, football players of today wield more and more power over the beautiful game. The footballers’ player market has seen an increase in the mobility of footballers … this begs the question of how loyal football players are to their teams, and are one-club men a dying breed?”

Ticketgum.com analysed figures from the Football Observatory (October 2017), tracking the average number of years footballer spend in a club’s first team squad. Player loyalty is said to give clubs a competitive advantage “on a sporting level [better medium and long-term results] or an economic one [a greater capacity to launch careers of club-trained players and generating revenues through their transfer]”.

Gone are the Arsenal days as exemplifed by Tony Adams. Loyalty is in short supply at the Emirates, the average of 3.44 years at the club 2015 already down to down to 3.14 two years on.

“However, the English Premier League was placed among the most stable leagues in Europe, with newly signed players representing 33.3 per cent of the league,” says ticketgum.co.uk. “[In] the Portuguese Primeira Liga, 57.6 per cent of players were signed over the course of the year, as of October 2017.”

To find the least loyal players in Europe, the researchers studied the Romanian experience. There, footballers only stayed for just over a year (1.14). Also close to the bottom were Serbia (1.20 year average), Cyprus (1.21) and Greece (1.26).

“The club where players stay the shortest amount of time in European Leagues was Israel’s Hapoel Acre, where players stayed no longer than a mere 0.22 years. Compare this to Russia’s CSKA Moskva, where the loyal club members averaged 6.98 years with the team.”

Next Post
Sunderland vs Millwall prize Guess the Score: will the wretched run finally end?