With Sixer still on duty it fell to Malcolm Dawson to make the trek to the Stadium of Light on our behalf, and then to report on the last home game of a very trying year. Did he see any harbingers of a better 2018?

It would appear that he did:

Malcolm Dawson writes…….with Pete Sixsmith on the eve of his penultimate day of Father Christmasing, I was once again keeping his seat warm in the East Stand. Thankfully, it was nowhere near as cold as last week and I was hopeful pre-game that I would come away having witnessed back to back home wins. Ah well! Not all Christmas wishes can come true.

But that said and disappointing as the result was, unlike Gary Bennett apparently, I thought it was a decent enough performance and an entertaining game. OK it was a bit of a curate’s egg of a display from the Lads, but I thought that like last week, there were plenty of encouraging signs that the new manager can get us out of danger, given a bit of luck in the injury department and a little astute dealing in the January transfer window.

I respect Gary Bennett’s opinion. Of course I do. As a former professional he has an understanding of what it’s like to play at the top level, but in my 50+ years of watching football at all levels I have seen a lot less entertaining games than this one – a lot of them at The Stadium of Light. 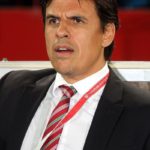 Coleman started with the same XI as last week, and the same formation. Within 15 seconds Love went on a promising overlap and although we had to settle for a throw, it showed an attacking intent that boded well. Just like last week, I was impressed with the fluidity of the side as the shape and formation was constantly changing as the ball was moved around the pitch and possession changed hands. The whole team seemed aware of what the manager expected and they were playing as a unit, subtly repositioning themselves as their teammates moved and play developed. Our passing was crisp, quick and on the whole accurate and then came a moment where it all fell apart.

With a quarter of an hour on the clock, Honeyman delayed his pass for a fraction of a second, former Black Cat Craig Gardner intercepted and with a clever lofted pass, found Sam Gallagher who drove straight for goal. From my seat it looked like we had two chances to snuff out the danger, with Wilson in pursuit but with Ruiter reluctant to close down the onrushing attacker, Gallagher stuck the ball in the net and suddenly we were a goal behind.

It could have been so different. There was an air of optimism around the ground before kick off. The minute’s silence was immaculately observed preceded by heartfelt applause as Bradley Lowery’s name was included in the list of former Sunderland players and officials who had passed away over the year and that initial attack, after last week’s win, ensured that the crowd was behind the team, with none of the negativity that can result when supporters get edgy.

We had had a great chance to take the lead ourselves when Honeyman played a neat ball out to Love whose passed it low and fast across goal. Grabban tried a subtle touch to steer it into the far corner, but saw it go wide when surely a more positive side foot would have seen him on the score sheet after 10 minutes. Then shortly after Gibson had a fierce goal bound drive blocked on the edge of the box. It was all looking promising. 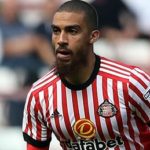 But once behind, there was a danger that the crowd would get restless and that uneasiness would transfer to the players leading to another nervy performance, but fortunately we were soon back on level terms. Grabban, it seems, will chase anything as long as it’s on the ground and he showed a bit of trickery on the left before switching play to Love in space on the right hand edge of the penalty area. The full back’s abysmal volley went straight into the turf and bounced across the face of goal and Grabban, alert to the possibilty had run into the right spot to fire the ball home. Relief, a lift in spirits and plenty of optimism still in evidence.

In between Grabban had fired just wide after creating some space for himself. As the same bloke in the same seat behind me said, just as he had last week “this lot are there for the taking.”

I didn’t see it quite like that. Had I been a Brummy I would have felt my team were still in the game with a chance of coming away with something, but I’m not and I did feel a second home win was on the cards. Just a few minutes after the equaliser, Vaughan fired just wide after a clever turn, though a pass to Grabban might have been a better option, had he seen it.

Vaughan was making himself available and Ruiter seemed to be looking for him or Love whenever he kicked the ball, both better options than Grabban who isn’t a physical player in those situations. The big Dutchman redeemed himself, with a fine save from Gallagher, using all of his size to prevent us going behind for second time.

But we had more chances ourselves before the break and just like last week I was confident at half time, as I watched one time Salut! Sunderland regular contributer Stephen (Goldie) Goldsmith take part in the crossbar challenge, that we would come good in tbe second half.

And this taking place under the most amazing cloud formation and sunset.

Early in the second half Gardner showed he can still take a decent free kick and whistled one just over the angle. Ruiter looked to have it covered but it was the first real chance after the break. 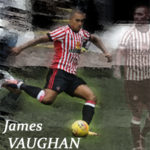 Vaughan saw another shot go wide and then came what could have been a game changing moment. The ever dangerous Gallagher broke clear again and this time our keeper did rush out in an attempt to close down the forward. Gallagher flicked the ball out and went to ground. Penalty? A loss of balance as he played the ball? Simulation? To me it looked like he lost his footing as Ruiter spread himself. I have seen some referees point to the spot in similar situations, but this one saw it as a deliberate dive and booked the Birmingham player and awarded an indirect free kick.

This was a fairly even game with plenty of chances and the Honeyman, who is looking more and more assured each time I see him had two good chances, sidefooting one wide going for placement, when perhaps a hard hit drive would have been a better option, then seeing Stockdale tip a drive from the other side onto the bar. 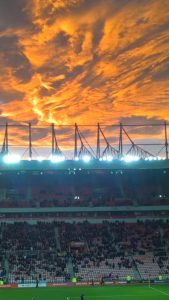 When Gallagher got his marching orders for a poor challenge on Vaughan with 20+ minutes left it looked as if the pendulum had swung our way. With just over quarter of an hour left Coleman replaced Gibson with Ndong and just like last week sent on Maja and Asoro for Vaughan and Grabban. Williams took Gibson’s spot in midfield, in front of Browning and O’Shea allowing Ndong to join Gooch and Honeyman in advanced midfield roles.

Birmingham should have had another man sent off when Maja was clean through on goal and was hauled back by his shorts but the referee only produced a yellow card. Matthews’s free kick was easily saved and that was it.

I suppose a point is a point and we could have had all three. Birmingham fans will think they deserved something from the game but I saw plenty to make me think we will get out of the relegation zone and though I was disappointed, I have seen worse performances and worse games than yesterday’s.