John McCormick writes: I’ve just had my card declined when trying to make a donation to the Whitechapel Centre, which helps homeless/rough sleepers in Liverpool. There were no problems when giving to MIND, where I donated in order to support my niece, Ski, who’s running for them every day in January. (Just letting you know, should last week have left you in a generous mood). Fifty years ago such things wouldn’t have concerned me. In contrast, the lineup for this match might have. Now I can’t remember anything about the game.

We are back in 1964-65 for this one – an age of two TV channels, Doggarts club and Year 3 at Bishop Auckland Grammar School.

On the football front, I was coming to the end of my first full season as a Sunderland supporter. It hadn’t been easy. The shambles at the start of the season, when the board of directors had picked the team had mercifully ended and George Hardwick had taken over.

“Gentleman George” was a former England captain and had also captained a Great Britain team when it took on and defeated a Rest of Europe side 6-1 in 1947. He played 143 times for Middlesbrough and 156 times for Oldham Athletic, where he was player manager between 1956 and 1960. After that, he managed PSV Eindhoven and the Netherlands national team for a short while – and long before the likes of Cruyff, Neeskens and Haan arrived on the scene.

City arrived bottom of the league on Easter Saturday. Twenty Four hours earlier, fellow West Midlanders and relegation candidates, Wolves, had beaten us 2-1 at Roker and had given themselves some hope of escaping the relegation trapdoor. The City game was thus an important one for both clubs; a win for us virtually guaranteed safety (only two went down then) while for Birmingham, defeat would just about confirm relegation.

Dickie Rooks replaced Martin Harvey and George Mulhall was in for Brian Usher from the previous days game. Usher only played due to the fact that Allan Gauden, who was due to make his debut, arrived late as his car had broken down en route to Roker.

The Aberdonian winger celebrated his recall by scoring the winner in the 73rd minute. Harry Hood, signed from Clyde by The Selection Committee, had given us the lead in the 26th with City drawing level with a penalty from full back Stan Lynn just before half time. 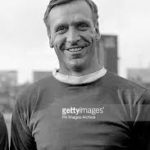 He had joined the Blues from cross-city rivals Aston Villa after a successful career at Villa Park. He had played in the 1957 FA Cup winning team, won a Division Two winners medal in 1960 and was a League Cup winner the following year. He had also scored a hat trick against us in January 1958, the first instance of a full back performing such a feat.

That was some game. We were two down in 11 minutes, with Lynn getting the first from the penalty spot. By the 23rd minute we had levelled through Colin Grainger (“The Singing Winger”) and Charlie “Legs” Fleming. Parity existed for seven minutes before Lynn converted his second spot kick, Jackie Sewell made it four and Lynn wrapped up the scoring just before half time. We went down at the end of that season……Lynn had lost his pace when he arrived at The Blues but he remained regularly on target and ended up as joint top scorer in a poor team. They lined up;

Like Tony Macedo of Fulham, Vowden was a bit of an exotic in the days when someone from Scotland was an “import”. Although born in Barnsley, he was really a Channel Islander, being brought up in Jersey and coming through their system before being picked up by Forest. He joined City in October 1964 and, like Lynn, has a hat trick claim to fame when he became the first substitute to score three when he performed the feat against Huddersfield Town in September 1968. 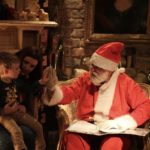 The crowd at Roker for the Good Friday home defeat to Wolves had been an impressive 43,328. Twenty-four hours later 11,000+ decided that a day on the beach at Seaburn was preferable to watching this game and the crowd dropped to 31,958.

I would be delighted if the crowd reached that size on Saturday both teams find themselves in similar positions to those of 52 years ago. A similar result would spark another outbreak of whooping in Santa’s Grotto at As You Like It in Jesmond…….

5 thoughts on “The First Time Ever I Saw Your Team: Birmingham City”

Next Post
SAFC vs Birmingham Who are You?: supporting the Blues through thin and thin