John McCormick writes: I hitched the 120 miles home on the Friday, saw an average game, then hitched back down to Uni on the Monday (or it could have been the Sunday) as usual. It was as uneventful a weekend as I remember and I picked up no air of anticipation from the crowd, nor any indication that the club was on the verge of something special.

Pete Sixsmith was living a lot nearer to Roker Park than me, however, and was no doubt more tuned in to the events and the atmosphere surrounding the club. He seems to think there was a bit more going on, and maybe he was right…

For much of the time that I have followed Sunderland it was inconceivable that we would be playing Reading in league fixtures. This was partly due to that fact that we saw ourselves as aristocrats of the game, usually in the top division but occasionally stricken amongst the peasants of the second, while the Berkshire club were very much a Division Three/Four team. 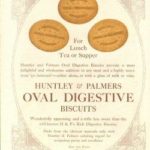 Known as The Biscuitmen due to the Huntley and Palmers biscuit factory that was situated in the town, they have been in existence since 1871, the year of the destruction of the Paris Commune, the uttering of H.M. Stanley’s immortal words “Dr Livingstone I presume” and the birth of the Wright brothers – and eight years before James Allan founded what went on to become Sunderland AFC. However, Football League status was not achieved until The Great Expansion of 1922 and they spent the next 40 odd years in the lower levels. They were lingering in the old Fourth Division when we played them for the first time on Saturday 3rd February 1973.

It was a Fourth Round FA Cup tie. We had seen off Notts County in the Third Round after a replay at Roker and the “sleeping giant” was beginning to stir itself. The Biscuitmen had seen off Gillingham, Hayes (after a replay) and Doncaster Rovers so it was not a particularly glamorous tie for either side, more an opportunity to make progress.

However, for the Reading manager it was a homecoming as Charlie Hurley, the greatest centre half in all the world today, made a special return as Reading manager. He had been there for a year and had done well. They had a decent team and we were still finding our feet under Bob Stokoe. An upset was on the cards.

I wonder what Charlie’s emotions were when he stepped off the team coach and into Roker Park? Did he head for the home dressing room as he had done so many times in his eleven years at the club? He must have been greeted with great pleasure by the stewards and those who looked after the club on match days and, as he sat in the away dressing room, thoughts of those cup ties against Tottenham, Arsenal Everton and Manchester United must have gone through his mind.

A good crowd of 33,013 turned out, partly in recognition of the Return of the King and partly because of that awful emotion “expectation.”  There was a feeling around the support that the dark Brown days were well and truly behind us and that with Bob Stokoe and his vast experience at this level at the helm, it might just be the start of something big.

The Wagstaffs were brothers who had joined Reading from Sheffield United in 1968. Tony was the older of the two and both went on to make copious appearances in the blue and white hoops.

However, he made an error in the 38th minute when he could only palm out a Billy Hughes cross and Dennis Tueart forced it over the line and that lead to a Sunderland bombardment at the Roker End in the second half. Death flung himself all over the place and kept out scoring attempts by Tueart, Hughes and Lathan, although he was beaten by a thunderous shot by Dick Malone which hit the bar and bounced back to the half way line. Well, maybe not; the memory plays strange tricks.

As we walked back to the car (a 1966 Hillman Minx), the other results filtered through on Radio 2. Millwall, beaten at Roker the week before, had won at Everton. Hull City had put out West Ham and Carlisle had beaten Sheffield United. But best of all was the news from the soon to be Sports Direct, where Luton Town had knocked out the Geordie Nation 2-0 with goals from John Aston. We liked that…..

The replay, at Elm Park, was won at a canter, with goals from Dave Watson (playing up front), Dennis Tueart and Bobby Kerr wrapping it up by 8.00. I remember listening to the scores coming through on BBC Radio 2 while marking my very first set of GCE O Level mock papers. As the scores filtered through from deepest, darkest Berkshire, those kids who had their papers graded between 8.00 and 9.15 got top marks, even if they did write down that Jethro Tull had invented the flute and not the seed drill.

Since then, Reading have been to Roker and the Stadium a few times and have embarrassed us in the past. They look like a typical Championship club in that in a good season, they could make the Premier League and even survive for a couple of seasons before they come back down. Indeed, they were only beaten on penalties in the play-off final last year by Huddersfield – and it not been for Liam Moore and Jordan Obita missing from the spot, we may well have been receiving a visit from The Terriers rather than The Royals (I prefer Biscuitmen). Incidentally, a certain Lewis Grabban was playing for them that day.

They had a good win last night against Barnsley and have a good manager in Jaap Stam. And there is the return of Vito Mannone, a well-liked and respected figure in his four years on Wearside. We hope that his mother is recovering from her stroke and hope that her “ragazzino” has a touch of the back ache on Saturday night.

2 thoughts on “The First Time Ever I Saw Your Team: Reading”

Next Post
SAFC vs Reading Who are You?: Vito’s ‘incredible professionalism’, McShane’s steel