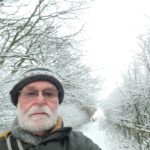 On Friday I waxed lyrical about the team and the performance I saw when we played North End in 1964. That team had players like Martin Harvey, a cultured but physical wing half, Jimmy McNab, a forceful wing half who could also play a bit, Johnny Crossan, an impish inside forward who could score goals at the drop of a hat, Georges Herd and Mulhall, committed and skilful Scots who loved playing for Sunderland plus two of the greatest players in our illustrious history in Monty and the King. On that day, almost 54 years ago, we won 4-0, virtually sealing our promotion back to the Promised Land of the top division. 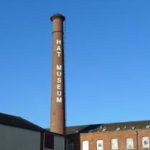 Fast forward to March 2018, taking in umpteen promotions and relegations, an FA Cup win, a few visits to Wembley and a season in the third tier and we have a team that also includes none of the above. There are no skilful Scots (we gave up on them years ago and prefer to sign third rate Argentinians and Everton and Manchester United cast offs), we would have to drop the entire content of the Stockport Hat Museum to even get a shot on target (laundering the opposition keepers kit must be the easiest job in football) and as for legends – well, we have a couple who will go down as possibly the worst players ever to “grace” a red and white Adidas designed shirt.

Step forward Jake Clarke-Salter, a young man who has spent his footballing life in the cloistered surrounds of Chelsea’s training ground at Cobham and their Under 23 venue at Aldershot. He is a member of the successful England Under 20 squad and has been selected for the Under 21s for games next week. He will be on a good contract at Chelsea and will be hopeful of a successful career in the professional game. He had a dozen games with Bristol Rovers last term and must have seemed a good option for Chris Coleman when he was putting together a list of players he could borrow; a young pair of legs to help the creaking ones of John O’Shea and the unreliable ones of Billy Jones/Lamine Kone/Marc Wilson.

That hasn’t worked out. His loan spell has been a disaster for him and for the team. Two red cards in successive matches is not great. He will be suspended after the international break and I would suggest we terminate the loan deal and send him back to Chelsea, a place where I am sure he desperately longs to return to after his nightmare in the North East. He will shudder every time he hears the words “Sunderland”, “Chris Coleman” and “Stadium of Light” as he makes his way through a career in the Championship and maybe the lower reaches of the Premier League.

This sending off was a farce. The first booking was a tad harsh – for raising his foot – but the second one almost suggested that he wanted to get off the field and away from the club. Many of us can understand the latter feeling. However, had he waited a few seconds before making two attempts to haul down Alan Browne (there’s a name to conjour with) he would have been replaced anyway as he clearly had an injury and we needed to get someone on who might at least look like grabbing an equaliser.

Instead, he pulled Browne back twice, yards away from the referee and out came the yellow swiftly followed by a red. The young man looked at Darren Bond in (mock) disbelief and I imagined him saying something along the lines of

Thanks ref, you’ve done me a favour here. I can’t wait to get off and get away. This should seal it.

Maybe a bit harsh but that is a distinct possibility. He has looked neither happy nor comfortable when he has played and many of the dwindling band of supporters would be quite content to see his loan terminated by mutual consent.

The same would probably apply to the hapless Ashley Fletcher who appeared in the 64th minute as a replacement for Josh Maja and left us wondering what on earth had possessed Middlesbrough to pay big money for him. Equally, it helped us to understand why Steve Gibson had parted company with Gary Monk after a few months. He looks desperately short of confidence and the basic ability to trap, control and direct a ball and nothing like a footballer. He may as well go back to Teesside for all the help he is going to do us and his own career. The crowd don’t like him.

The third loanee, Ovie Ejaria looks a decent player and actually wants to play. He was strong in the first half and, despite running out of steam in the second, he was our best midfield player. Not difficult when you are in the same midfield three as Lee Cattermole (surely time for him to retire) and George Honeyman (who had an absolute stinker after being praised to the rafters by the manager). He will go back to Melwood a better player and person for this chastening experience and I look forward to watching his progress from the telescope that is League One.

Any hope of survival was crushed here as a competent, well organised Preston (you could insert Ipswich, Brentford, Cardiff, Forest, Bristol City) went home with three easy points courtesy of the usual atrocious defending. Both goals came from crosses from Paul Gallagher and were converted by Maguire and Robinson with some aplomb. PNE defended well, kept the ball in midfield and would have thoroughly enjoyed their afternoon and their journey home. They are on the edge of the playoffs and have done well, having replaced one solid manager in Simon Grayson with another in Alex Neil.

But they didn’t have much to beat. Apart from Joel Asoro we offered nothing up front and had no ideas other than slinging the ball into the middle. Of the players who started, I can see only Matthews, Honeyman and Maja being here next season – add Robson and Stryjek from the bench and you can see the rebuild that will be needed to at least halt the decline and prevent us from crashing through the third tier of English football.

It was not a good day for the club. It looks as if Darron Gibson is in trouble after his audition for Top Gear, the arrival of season ticket letters was not greeted with rampant enthusiasm by any of those around me and the win for Birmingham bangs a few more nails in the coffin lid. The manager sounds more beleaguered than did King Priam in the siege of Troy and the future looks bleak. Come August, we could be two leagues away from Newcastle and Middlesbrough, in the same one as Accrington Stanley and one away from either Spennymoor Town or Blyth Spartans. 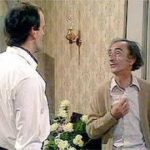 Cheer up now Mr Fawlty, there’s always someone worse off than yourself

to which Basil replies

Is there? I’d like to meet him. I could do with a good laugh.

I think all of the Sunderland persuasion would heartily echo that sentiment.

Next Post
Sixer’s Sevens: Preston benefit from this week’s press of the self-destruct button