John McCormick writes: as I’ve edited and posted the trips Pete has written about for this series I have often wondered if I was there. More rarely, I’ve known I was. But not this time. I   am certain I’ve (n)ever been to Derby, never mind watched a game of football there.

A double up here, seeing as Derby have had two grounds in the 50+ years I have been trooping round the country in the forlorn hope of seeing a successful Sunderland side. Both inaugural visits bring back good memories of fine performances. Dare we dream of similar on Friday night? 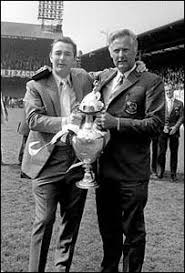 The Baseball Ground was an iconic stadium in the late 60s early 70s. After a lengthy spell in the doldrums (a place we currently inhabit) Brian Clough and Peter Taylor took hold of a moribund club and dragged them to the highest point in the English game.

European Cup games came to this tight, atmospheric ground, situated in an industrial part of the town with terraced houses and foundries surrounding it. The likes of Juventus, Benfica and Real Madrid, with their wide open stadiums and huge crowds in tiered seats must have found the intensity of a Derby crowd quite intimidating.

It was a game played on a Monday night, the 8th of October 1973. We had returned triumphant from the Nepstadion in Budapest having seen Vasas off 2-0 while Derby were having a year off from European competition. The Monday night game was an unusual one but the Football League wanted the tie out of the way as soon as possible, so Monday it was.

I went straight from work in the company of Bob Miller (minus the Millermen) and Don Coupland. Bob drove his ageing Vauxhall Victor that night as we left Ferryhill at 2.30 and cruised down the motorway at 60mph. In the days before sat navs, web sites and mobile phones with maps on, it was required to get to the town centre and then look for floodlight pylons in order to find the ground. Unfortunately, the Baseball Ground was a fair way from the centre of Derby and was not easy to find – but we did and parked the car in a side street 10 minutes’ walk away.

The Baseball Ground had been exactly that. County had played on the ground of Derbyshire County Cricket Club, situated inside a racecourse, for many years not moving to the ground until 1895 although they had played some games there when the cricket was on or the horses were running. It had been built by George Ley’s Malleable Castings Vulcan Ironworks as a recreation area for their workers and a professional baseball club did play there and won the inaugural British Baseball Championship before they were drummed out of the league for employing too many American players.

The Rams bought the ground in 1924 and by 1973 it was fully enclosed with seats on all four sides. Two of the stands were three tiered and many reckon that a night game at the Baseball Ground was a real event with the cigarette smoke rising along with the voices of a support that has always been vociferous. Brian Clough always reckoned that Derby was a football town and Nottingham wasn’t.

He was going through a tough time with chairman Sam Longson when we hit town. There were arguments over money and who really ran the club and he ended up leaving County before the replay at Roker a couple of weeks later. Had we not just won the cup under Bob Stokoe, the chances of Cloughie taking up the reins at Sunderland would have been very short – about the same as our chances of gracing Division One next season…..

The Rams team was;

In front of 29,172, Derby were two up at half time. The first was a thunderous shot from Nish, the second a header (I think) from Davis. The large contingent of Sunderland supporters, scattered throughout the ground, were despondent and McFarland seemed to be winning the battle with Dave Watson for the role of England centre half.

However, cometh the hour, cometh the man and up stepped John Lathan, in the team for an injured Dennis Tueart to fire in goals in the 73rd and 81st minutes to send the red and white contingent wild and convince us that promotion was a certainty and that we would soon be dominating the likes of Leeds United, Liverpool, Everton and Derby. What happened to that dream then? 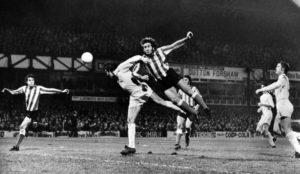 It was a great comeback and brought on two replays at Roker. The first one (also on a Monday night) ended 1-1. We should have walked it. Dennis Tueart scored and had a penalty saved, Joe Bolton (in for Guthrie) hit the post and Rod Belfitt, on as a sub in extra time, missed a good chance. Archie Gemmell levelled with 10 minutes left and Dave MacKay, who had replaced Clough as manager, had to rally his troops.

Two nights later, a Vic Halom hat trick saw off the Rams in the second replay in front of the second crowd of 38,000 in three days. Both teams were unchanged from the Monday – can you imagine that happening now?

It was a disappointing season for us. We ended up 7th, went out of the League Cup to Liverpool in the next round on a Wednesday afternoon due to Ted Heath falling out with the miners, power workers, Margaret Thatcher and Uncle Tom Cobbleigh and all, lost to Sporting Lisbon in the Cup Winners Cup and lost Tueart and Horswill to Manchester City – although we did get Tony Towers in part exchange. 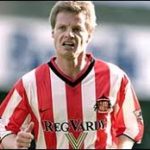 County turned out a squad far removed from the Clough/Taylordays;

I doubt that many Derby fans will have fond memories of some of those…. 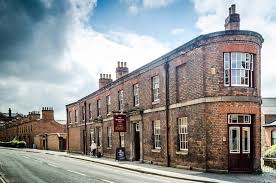 But I have fond memories of this day. It was spent in the company of Derek Poskett, one of the finest men I have ever met while following Sunderland, took in the Brunswick near the station, a true mecca for real ale fans like what we are and ended up with us seeing Super Kev score a hat trick after Gavin McCann had given us the lead.

Quinny chipped in with one before he was replaced by Danny Dichio and the 5,000 red and whites in a crowd of 28,264 went home happy.

I fear the same may not be said on Friday night………

video clip of Derby v Sunderland posted on Youtube by TJS Sports, 2017. If there is any copyright claim, not answered by ‘fair use’ exemptions, on the video and images used to illustrate this report, please make us aware and we will add credits or remove as requested.

5 thoughts on “The First Time Ever I Saw Your Ground: Derby County, the Baseball Ground and Pride Park”

Next Post
Who are You? Recalling Mart Poom’s header and SuperKev as our Derby hero