Monsieur Salut writes: read on to learn what little we know about the welcome departure of E Short esquire as owner of SAFC. And here is the thoroughly inadequate SAFC statement on Chris Coleman’s sacking:

Sunderland AFC announces that manager Chris Coleman and his assistant Kit Symons have been released from their contracts. The club would like to place on record its sincere thanks to Chris and Kit for their tireless efforts in what has been a hugely disappointing season for everyone involved with the club. The club is unable to make further comment at this time.

We have waited a long time for the American recluse to speak. At last he has done so, to confirm the sale of Sunderland AFC and also – via the hapless communications dept – the departure of Chris Coleman and Kit Symons.

Monsieur Salut needs time to digest this. He also needs confirmation that Martin Bain, a staunch supporter of Coleman’s managership up to a few days ago, is out, too. Otherwise, what is the point, where is the honesty?
For now, I shall just say this: SAFC are not about to visit the lower reaches of the EFL for only the second time in history because of Coleman. He was not given a chance under the bumbling ownership of a man who even now says he will be a Sunderland fan for life.

My other instant response is that this club does not deserve the support we give it. But I may be wrong and am open to persuasion .. club statement follows: 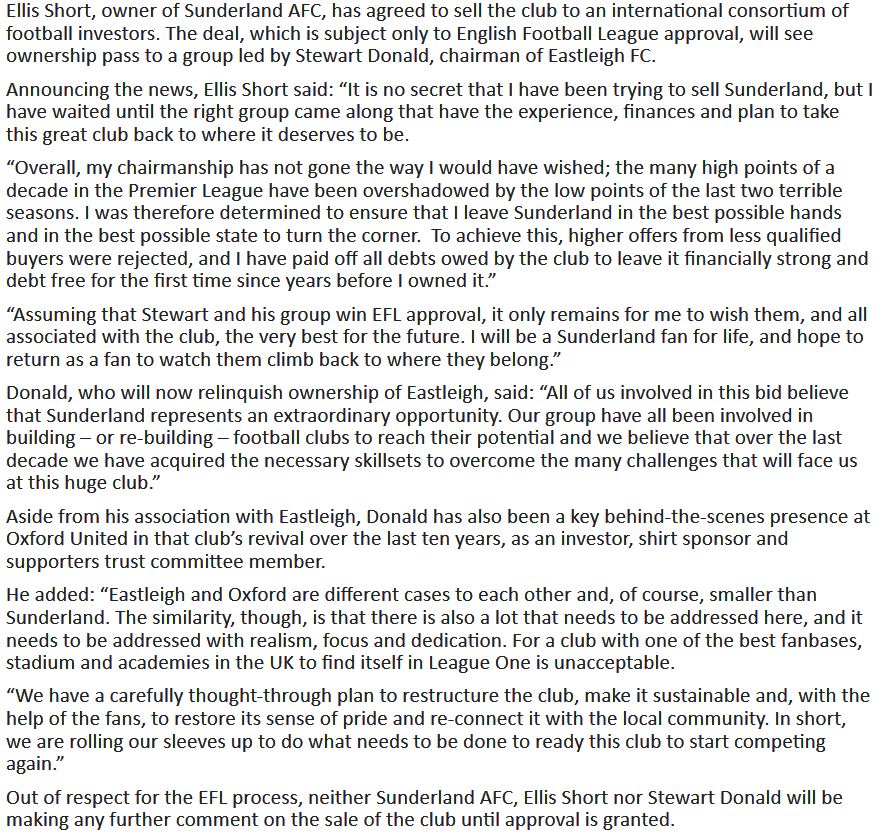 25 thoughts on “Crisis Sunderland: Short out (about time), Coleman out (and his fault lay exactly where?)”

Next Post
The Chapman Report: Fulham get the breaks as we play for pride