Lars Knutsen prefaced the e-mail which arrived this morning with “We need a win against Sheffield Wednesday”.  There’s no disagreement there. Nor will there be, I suggest, any disagreement with his proposition that “Reidy’s master coup was of course the signing of the legend, Kevin Phillips for a mere £375000 from Watford”.

From Sheffield Wednesday to Peter Reid might seem quite a jump.  But there’s logic to Lars and he draws some interesting parallels in his latest missive:

Chances are, each Christmas and birthday, the pile of books by your bedside grows a little higher, promising some good reads on winter or wet spring evenings. We have had plenty of those this season.

This year I was given the hardback edition of Cheer Up Peter Reid: My Autobiography by Peter Reid. I took the opportunity to read it and have been reflecting upon it ever since.

As a Sunderland fan, I wished, obviously, that Reidy had spent at least half the book on his seven years at our beloved club; his writings are still a great read but most of his tome was devoted to his beloved Everton F.C. as well as dealing with the demons that had followed him since being the England midfielder who could potentially have stopped Maradona in the 0-2 “Hand of God” defeat to Argentina in the 1986 Mexico World Cup. That experience would have scarred anyone… 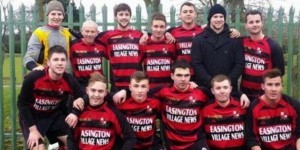 On reading further, there are clearly some parallels to Sunderland now – Reid was appointed on 31 March 1995, as the club was in danger of relegation to the League’s third level, the then Division 2. With Reid on board we won 3 and drew 3 of the last seven games, guiding the club to 54 points, 5th bottom safety.

We ended up winning the Division 1 championship the following season, 1996. This was a bit earlier than Reid really expected; success was earned on the basis of a very solid defence, with just 33 goals conceded in the 46 games of that campaign. The manager describes though how he had to threaten to walk out to get the Board to invest as promised in the 1995 close season. However, it is definitely clear that Reid and the then chairman Bob Murray could work well together.

A repeat of 1995 would represent a dream finish to the current miserable season. There was a chink of light at Derby on Friday; anyone seeing the Black Cats for the first time that night would have concluded that Chris Coleman had built a terrific counter-attacking team. The fans have had so many disappointments this season, but let’s hope that our manager can somehow emulate Reid by guiding us to safety. A repeat of 1996 next season would also be terrific – dream on.

There are many “issues” – a polite euphemism for problems at the club. SAFC currently has an apparently disinterested, absentee “hire and fire” owner in Ellis Short, who is starving the club of resources, probably looking for a sale deal involving a big US tax write-off, and who is not communicating with our talented young manager. Has Short ever really grasped what Sunderland AFC means to the fans?

Money is still being wasted on underperforming stars, who did not want to sweat it out in the Championship and who we are in reality subsidising through some dubious loan deals. And then there is a player, who has proven to be a waste of time and energy, known as Jack Rodwell, who doubtless cannot cope with life at all, despite the £70,000 a week burden to the club. If disciplinary action can be taken so promptly against Darren Gibson, who will likely serve some time in the wilderness now as a professional footballer, why can’t the club decisively resolve the Rodwell situation? He must have very good lawyers.

Sunderland’s home record is still abysmal and the stats suggest some form of psychological downward spiral in our players about performing at the SSOL; in my view only a regular series of wins, a good sports psychologist and the emergence of true leaders in the dressing room can sort all that out. Peter Reid inherited Kevin Ball 23 years ago when the club was in trouble; need I say more?

Overall, this present time represents a crossroads for our beloved club. The decline that set in once Sam Allardyce was poached by England under two years ago must be arrested, and we, as fans, have a right to know who is up for the fight and which players have the talent and passion to succeed. The team at Derby looked reborn, but will this last? The next couple of games are crucial, especially after Birmingham’s win at the weekend.

Back to my compelling Christmas book. Peter Reid presided over some of my most memorable years as a Sunderland fan, despite the relegation from the Premiership on 40 points in 1997. It is clear that he had a great relationship with chairman Bob Murray, who actually went to most matches and really got involved.

The Black Cats did experience some sustained success over the 7½ year of Reid’s reign, and speaking personally, those two top 7 finishes in the Premiership were some of my most memorable times as a Sunderland fan. We competed in nearly all games…think Burnley at present, they are seventh, could qualify for Europe, and surprising many with the quality of their football.

What caused the eventual departure of Reid, who is now seen as a long-term manager? Failure to replace the aging Quinn and other examples of very poor recruitment, a 40-point finish in 2002, and a poor start to the following season finally led to the bullet in October 2002. That in turn led to the catastrophic tenure by Howard Wilkinson, a “mistake” by Bob Murray, and that disastrous 19-point relegation in 2003.

Peter Reid’s account of his time at the club is compelling, a great read, but how is he remembered?

I have mentioned Quinn/ Phillips, the top 7 finishes, but briefly being second in the league in January 2001 and moving to the Stadium of Light were historic events. Add to that the Premier Passions fly-on-the-wall documentary series and of course the Cheer Up Peter Reid song which gives the book its title. Here it is, via Youtube and Simply Red and White

I have met a few Sunderland managers and that fortunately included Peter Reid:

My mother’s 50th Wedding Anniversary took place in Autumn 2000 and we were at the Seaburn Hotel on November 18th when the Sunderland team burst in after a euphoric 2-1 derby win at St. James’ Park. I congratulated Reidy, then he asked what we were doing there, and if I had been to the game. He chatted with our son, Christian, and gave my mother a hug. I remember him as a warm and truly genuine football guy who brought good times to Sunderland, with a lifetime passion for the beautiful game, and who is still going strong.

Acknowedgements: The Cheer Up Peter Reid video was posted on Youtube by fprugby14 on 7 May 2012. Premier Passions, below, was posted on Youtube on 17 March 2017 by THE FOOTBALL CHANNEL HD. If there is any copyright claim, not answered by ‘fair use’ exemptions, on the video and images used to illustrate this report, please make us aware and we will add credits or remove as requested.

2 thoughts on “The Lars Word: Cheer Up Peter Reid”

Next Post
Sixer’s Derby Soapbox: Pride Park and Something Special