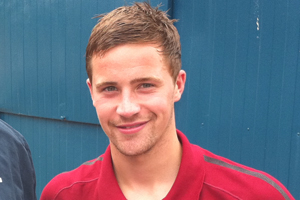 Suddenly, Jack Ross’s squad is taking shape. We may look at players performing on the highest stage of football, the World Cup, and wonder “why not for us?”. But we know where we are and that, just for now we hope, we are in no position to hang on to those with higher ambitions.

This is how our excitable confreres (or consoeurs) at safc.com saw it. Two new signings, both in important positions.

Jon McLaughlin [goalkeeper] and Chris Maguire [striker] were unveiled at a sun-drenched Academy of Light today as Sunderland secured their second and third signings of the summer.

The duo were in high spirits as they spoke with safc.com before posing for a number of snaps in the club’s new training wearthe DuneWell, a busy last hour has capped an interesting day on the transfer front.

So Jack Ross has added three players to his squad, the latest acquisitions following the signing of Alim Ozturk.

More to come, in and out, methinks ….

Next Post
The original promotion poll ends soon. But there’s a follow-up survey …