John McCormick writes: events down here have conspired to keep me apart from all things North-Eastern – I even missed a family reunion that my sister reckons will be hard to beat, and that’s after some doozies.

Luckily, Pete Sixsmith chips in with an update every now and again and allows me to gain a glimpse of what’s going on. Where would us exiles be without him, and what will we do when he takes his impending break?

More hellos and goodbyes as events move on at the Stadium of Light under the new regime. 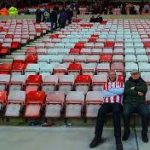 It’s goodbye to the pink seats and hello to 31,500 spanking new red ones that will make the empty spaces next season (and there will still be a few) look a little more harmonious and will take us back to the days when Kevin Phillips, Niall Quinn, Allan Johnston and Thomas Sorensen paraded their stuff at the new ground.

It could be goodbye to a fair number of players as well as the chairman has said that there are a number who have made it clear that “not many” of the current squad are over keen to remain on Wearside.

We can speculate as to who they may be. We know that the Francophone contingent are desperately keen to leave and that we, as a club, are equally desperately keen to move them on. Paddy McNair is apparently on the radar of a couple of the lower ranking Premier League clubs as well as some of those at the top end of the Championship and I think that we can clearly say goodbye to him before Jim White’s agitated mush appears on Deadline Day.

There are rumours that George Honeyman wants to leave as well. That would be disappointing. He has said that he wanted to stay at Sunderland and he is a player that should do as well in League One as he did in the Championship. Maybe his agent is playing games here and angling for a better deal.

Bryan Oviedo will certainly depart and I would be surprised if both goalkeepers were here come Jim White Day with Robbin Ruiter probably the likeliest one to head out. Lee Cattermole would not be missed. I think he is as fed up of us as we are of him and a move would be advantageous to both parties.

Throw in the perennially disappointing pair of M(a)cs on the wings and we are looking at a squad of children which needs to be supplemented as quickly and as competently as possible. The news that Asoro and Maja have declined to sign new contracts only deepens the woe.

Both are contracted until the end of next season when they will be entitled to leave for free, although compensation does have to be paid as they are under 24. Premier League clubs, including Our Friends from the North, have been looking at Asoro in a covetous way and he may well have made it clear that he has no desire to have lumps kicked out of him by some hairy arsed League One defender. 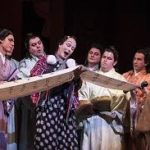 Jack Ross has brought no new players in as yet and although I am sure that he has a list longer than that of The Lord High Executioner in The Mikado, he must be concerned with the paucity of players at the club. It could be that when they come back for pre-season training on June 22, he may have to use the coaching staff to make up a third five-a-side squad. 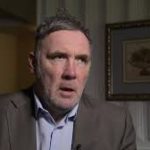 One of those may well be Tony Coton who has joined us from Aston Villa as the new head of recruitment. Presumably this will cover the older players from 17 upwards as we attempt to bring in young players who can benefit themselves and the club before they are sold on to the Arsenals of this world.

With older players, he will hopefully look at more than their footballing ability (although many of his predecessors clearly did not; Papy Djilobodji, anyone?) and find out what their characters are like. That might stop us from signing alcoholics, sexual predators and those who like to smash wing mirrors on cars.

On a more serious level, it’s sad to say goodbye to Stan Anderson. He just falls outside my regular watching of Sunderland, having left the club in the autumn of the 1963 for, of all places, Newcastle United. He skippered us throughout the early 60s, captained the Mags to promotion in 1965 and was the man with the armband at Middlesbrough when they slipped into Division Three in 1966. He went on to manage them and bring them back up immediately.

He spent 14 years at Roker Park and was recognised as a tough but creative wing half. Len Ashurst talks of him pinging cross field passes to George Mulhall (they should combine well when St Peter’s XI take on St Mirren’s XI) while others talk of him being a really good man who was Sunderland through and through.

I saw him play a handful of times and remember him scoring twice against Arsenal in a Third Round Cup tie in 1961, a game we won 2-1 and one that captured my interest as a not very keen on football 10 year old, newly arrived in the North East.

He was one of two North Eastern players in the squad for the 1962 World Cup in Chile (Alan Peacock of Middlesbrough was the other) and he rubbed shoulders with Bobby Charlton, Bobby Moore, Roger Hunt and Ray Wilson, all of who went on to better things four years later. Walter Winterbottom gave Stan two caps, one at a sedate Wembley against Austria and the other at the snake pit that was Hampden Park, where he was on the losing side against Scotland.

After playing the opening 10 league games of the 1963-64 promotion season, Alan Brown replaced him with Martin Harvey and sold Stan to Newcastle United where he showed his character and his ability by guiding Joe Harvey’s team to the top division. It was £36,000 well spent and they got half of that back when he switched from Tyne to Tees when he joined the ‘Boro as player- coach. He remains the only man to have captained all three major North East clubs and one of a handful who has played for all three. 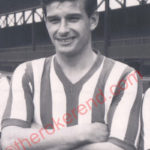 Born in Tenth Street, Horden, he personified what football was all about in the post war era. To supplement his wages, he trained as a plumber and plasterer, did his National Service and probably caught the bus from Horden to Sunderland on match days. He joins Jimmy McNab, Nicky Sharkey, Amby Fogarty, Brian Clough and George Mulhall in that Pantheon of players who entertained us and who attracted the likes of M Salut and myself to become Sunderland supporters.

Thanks for the memories, Stan.

And it’s goodbye from me for a spell as I undertake my annual GCSE marking ritual. I won’t be bothering much with the World Cup, that’s for sure .

Here is a YouTube clip that is more interesting for the images from Stan’s career than for the commentary delivered in curiously wooden North American tones:

Stan Anderson picture courtesy of therokerend.com. If there is any copyright claim, not answered by ‘fair use’ exemptions, on the images used to illustrate this report, please make us aware and we will add credits or remove as requested.

3 thoughts on “Sixer, Stan Anderson and er.. ..some others”

Next Post
As the World Cup looms, we remember why Sixer just loved Brazil 2014