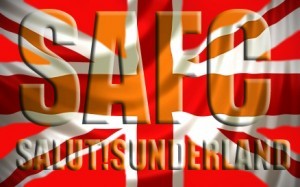 
We have no need to wish Paddy McNair good luck, beyond normal rules of politeness, and there is relatively little we should thank him for.

Though this was through no fault of his own, his playing time for Sunderland was limited. After arriving from Man Utd in August 2016, he made an iffy start but gradually got better until rupturing his anterior cruciate ligament. After an 11-month layoff, he returned and resumed the progress he’d made, ending last season as one bright spot in a wretched, deservedly relegated side.

And now, League One not being to his taste, he’s about to leave. Only Middlesbrough have so far matched SAFC’s valuation (reportedly £5m, which means little or no profit on the £5.5m that brought him and Donald Love to SAFC, the latter accounting for only a fraction of the joint fee. He may go to Boro – the offer has been accepted – or he may prefer to sit on the benches of a bottom-half or newly promoted Premier League side (Brighton and Wolves have shown interest).

So Julie is right to feel let down.

Where she is wrong is easy to explain. Professional footballers are not paid to be supporters. Most don’t play for the teams they followed as boys. The two Jordans were an exception but both now ply their trade on Merseyside.

McNair wants the best he can get from a short career and trying to dig SAFC out of a hole isn’t how he sees that being achieved. In football, there is no loyalty to or from anyone in the boardroom, manager’s office or dressing room. Only the fans remain steadfast, accepting their need to support their team as if a demonstration of unconditional love.

In the the case of McNair, our new owners took charge with little confidence in being able to keep him and, in their hearts, just a feeling that a player on his high wages (my guess is around £30,000 a week) but capable of commanding a decent fee might sensibly be moved on.

They, [the fans], cannot be assured that all of the players they would wish to stay at the Stadium of Light would actually do so. If a 20-goals-a-season striker at third tier level costs six times less than – how shall I put this? – someone much sought after elsewhere and therefore highly marketable, you can guess which one is more likely to be playing for SAFC next season.

No prizes for guessing who that someone might have been.

What matters now is that money received for McNair and the others with no desire to play in the best stadium and for the best-supported club in England’s third division is used wisely and quickly enough to dissuade selling clubs that we are in one of our customary late panics.

The chairman, Stewart Donald, says up to five players may move out and “possibly” a similar number move in this week. He also dismisses much of the reporting of our club’s transfer affairs, saying the only attempted signing that’s fallen through was that of the Swiss striker Florian Kamberi.

I believe him. When Roy Keane took us up back into the Premier League, I was told quite authoritavely that a massive proportion of close-season transfer speculation was simply false. We were supposedly “chasing” players we actually had no interest in while most of those we really wanted were never even mentioned before deals were done (or not). This is not all the fault of the media; clubs, players and agents are not always above planting tactically useful gossip.

And while I can not pretend to have any recent insider information – the exclusives, or more accuarately, morsels from the executive table, are being shared out among others and I have no real complaint about that – we should not be preparing ourselves for sensational developments on the recruitment front.

It is not with any wish to show disrespect that I mention our alleged interest in Stevie Mallan, well known enough to Ross from their time together at St Mirren but unable to get a place with Barnsley, relegated just two places above us, last season.

But our targets are indeed likely to be modest. The key to assessing Ross’s reign will be the extent to which he and the new recruitment chief, Tony Coton, can locate nuggets of gold buried beneath the topsoil of the lower leagues or in the debris of more glittering careers now on the wane but still offering touches of experience and quality.