John McCormick writes: I definitely haven’t seen Oxford at the Stadium of Light and I don’t think I’ve ever seen them at Roker, I certainly have no memory of them playing us there. It wasn’t until 1973 that I got to see them and that was at the Manor Ground.  Our cup-winning team played, Dennis Tueart scored the only goal after 3 minutes and we held out for the remaining 87 to gain our second win of the season and finish the month unbeaten.

You can see what a good goal it was at the bottom of the page but don’t miss Pete Sixsmith to get to it. We had played Oxford in the previous three seasons but I was away, which is why I think I  missed them. Pete was a lot nearer and went.

Not that that was the first time he’d seen them. Over to the master:

After a splendid time on the road in Kent and South West London, we are back on Wearside for the visit of Oxford United and a game that will be tugging at the heartstrings of Messrs Donald and Methven. Both are Oxfordshire lads and both are Oxford supporters so they may well have split loyalties for this one.

That’s not something I have ever experienced at football. The only club that I have seriously followed is Sunderland. As a boy, my allegiance was to Leeds RLFC (now the Rhinos) and it is highly improbable that we will ever see Jack Baldwin marking Jamie Jones-Buchanan or Lee Cattermole vying for control of the midfield with Joel Moon.

I don’t know when the owners would have first seen Oxford. They didn’t become Oxford United until 1960, having spent 67 years as Headington United, Headington being the part of Oxford where they started out. It was a blue-collar area, well away from the toffs who attend the University and probably more akin to Hylton Red House and Farringdon than the areas patrolled by Inspectors Morse and Lewis.

They came into the Football League for the start of the 1962-63 season, taking the place of Accrington Stanley who had resigned in March of that year. United were a successful Southern League side and Oxford and Oxfordshire was a desert as far as League football was concerned, so in they came.

My first view of them was at Feethams on the 9th September 1962, their fifth game in Division Four (Two in new money). They had lost their inaugural game at Barrow, won their first home game at the quirky Manor Ground against Lincoln City, thrashed Hartlepools (as was) United 6-2 in the next one, and going down 1-0 at Sincil Bank before venturing north to Darlington’s Feethams.

I used to go to Feethams fairly regularly and I suppose I cut my teeth on professional football there. I would catch the United Number 1 from the Hippodrome, ride into Darlington, treat myself to a cup of coffee in The Green Tree and then pass through the mini Twin Towers that led into the cricket field.

As this game took place in early September, it is quite likely that the thwack of leather upon willow resounded round the ground as the football crowd walked round the perimeter of the cricket pitch to the football area. I would usually stand on the uncovered Polam End of the ground, surrounded by men dressed either in their work clothes after a morning shift at the railway works or Whessoe, men with an aroma of beer and cigarettes about them, or the smarter set who donned a decent pair of slacks (maybe Burton Cavaliers or something from Binns) and sports jackets. 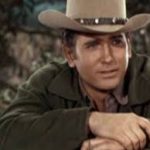 I cannot find the teams for the game, but the Darlington squad at the time consisted of the likes of Brian Henderson, Ron Greener (both of whom sold cars in the town for many years after), Lance Robson, a ferocious centre forward and equally ferocious dentist, Joe Rayment, a diminutive winger known to one and all as Little Joe after a character in Bonanza and former Sunderland player, Jackie Maltby.

United had two Atkinsons in their squad. Graham was an industrious inside forward, while Ron (no relation and yes, it is that one) was a bustling wing half. There was also John Shuker, who had a long career at The Manor and Colin Harrington, a winger who made over 250 appearances for them.

The Quakers won 2-1 and Oxford finished a respectable 18th out of 24 in their inaugural season. 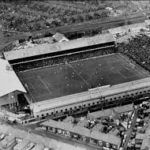 Fast forward eight years and United made their first appearance at Roker Park. They had won the Third (First) Division in 1968, had just avoided going back down in their first season up but by 1970-71 had steadied the ship and were a tidy and competent Division Two (Championship) team.

They arrived at Roker on 24th October 1970. We had just been relegated from Division One for the second time in our history, both times under Alan Brown and both times we had failed to come to terms with lower level football.

A ground that six years earlier had held crowds in excess of 55,000 and would do so again two and a half years later, was barely a quarter full for this game. 16,376 filed dutifully through the turnstiles and those in attendance could spread themselves out and probably set up a picnic table if they were in the Roker End.

It was by no means the worst crowd of that dismal season. Cardiff City, Charlton Athletic and Millwall all “attracted” less than 12,000, there was a sub 11,000 attendance for the Portsmouth game but the nadir was reached on a bitterly cold January day when 10,354 turned up to watch a 3-2 win over Blackburn Rovers, a game that saw goals from Pitt, Chambers and Tueart and future manager Ken Knighton turned out for Rovers. 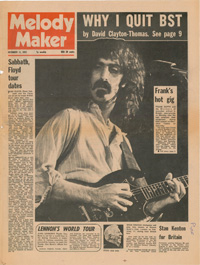 The Oxford game had considerably less excitement with the visitors winning by the only goal, scored by Graham Atkinson in the 60th minute. My (extremely) vague memories of the game suggest that it was a wet day and the pitch was heavy, that in Gordon Harris and Ron Atkinson there were two players with extremely low centres of gravity and huge backsides and that our chances of promotion were fading by the hour.

I was in my second year as a student and living in Halls of Residence off Ryhope Road. My Saturday routine was to walk into the town centre, buy a copy of the Melody Maker, read the record reviews and then sidle into Atkinsons or Bergs and see if they had anything that I fancied. 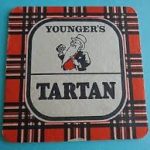 Back to Langham Towers for tea, which was usually a half decent meal on Saturday as the PE students, Masters of Greed that they were, were away playing games and there was usually plenty. Chicken Maryland was a particular favourite. Beers were taken in the college bar (Starbrite 1/10d a pint, Tartan 2/-) before a dash down to The Albion or The Mowbray Park for the last pints at 10.00 and then maybe a sneak into Inn Cognito on Fawcett Street or Annabel’s off the High Street West.

The game was discussed and dissected, the Football Echo, back to pink in embarrassment at being relegated, was read from cover to cover as Argus delivered his verdict, one which usually ended with the words and Kerr could not be faulted on the score of effort before a return to the male only hall and the umpteenth round of the World Toast Burning Championships.

Our “entertainment” for the afternoon had been provided by:

Of those 12, only Porterfield and Harris cost a fee, six of them were local lads and there were four Scots in the team. 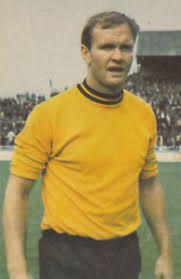 The Oxford line up was

Of that team, Big Ron (right) played 559 games for United, John Shuker played 529, Colin Clarke 443 and Graham Atkinson 357. In addition to the goal he scored against us, he rattled in another 106 to become Oxford’s all-time leading goal scorer, a record that is unlikely to be broken.

I wonder if Stewart and Charlie were there?

Acknowledgements: Oxford v Sunderland clip posted on Youtube by  SAFCFOREVER FTM.  on 28 Aug, 2018. Salut graphics by Jake. If there is any copyright claim, not answered by ‘fair use’ exemptions, on the video and other images used to illustrate this report, please make us aware and we will add credits or remove as requested.

1 thought on “The First Time Ever I Saw Your Team: Oxford United”

Next Post
The Oxford United Who are You?: in praise of Stewart Donald