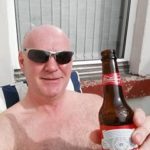 John McCormick writes: Regular visitors will be used to Paul Summerside’s thoughts popping up on the site. He’s here often enough to have his own tag – A view from the Avenue – and he always has something interesting to say. Today is no exception as he takes the opportunity to look back over the summer and the season to date.

This being a short piece, Paul posted it on our facebook page first but it’s good enough to go up here and it’s important enough to be read twice. So thanks, Paul, for letting us move it across.

A View from the Avenue…Reality kicks in!

As I begin this post, a glance at the league 1 table sees us lying 4 with 15 points and unbeaten. Most would say a decent start to the season, but some fans are already queing up to stick the boot in.

Widespread criticism of our inability to start games well, set piece vulnerability, even team selection in some quarters.

As a self confessed critic, I find this criticism very harsh indeed, and totally unnecessary at this stage in the season. I liken it to witnessing your child’s arrival into the world, with all the joy and emotion that brings, and then being disappointed when he/she isn’t walking within a year!

Four  months ago we were within an inch of going out of existence, with massive debts, and no hope.

The reality is that we are a League 1 club, with League 1 owners, on a League 1 budget, with a League 1 manager, and a League 1 squad.
We have a big house, with lots of rooms, but very little furniture.

We have massive potential, and like every newborn, we are still finding our way in the unforgiving world of football. Just because we have 30000 home gates and sell out away, we have no God given ‘Divine Right’ to success. A play off place, promotion place or the title will have to be earned, and hard earned at that.

At a recent talk in with Kevin Phillips he reminded me..

“If you thought the championship was a tough league, wait till you see League 1, it’s brutal. But Sunderland do have a great chance because of THAT ..” 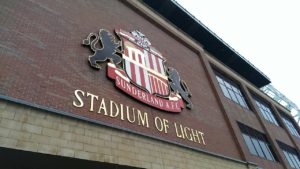 and he pointed towards the SOL.

I guess what he was implying was that it may come down to the support of the fans, and I agree with him.

So come on lads and lasses, the Fleetwood game was a draw with another decent well organised unbeaten League 1 side, not Armageddon!

Try to keep focused and see the big picture, and above all else, as Super Kev says, support the club.

Next Post
Branch Lines: sharing the ‘ecstasy and misery’ of Sunderland fans down south