John McCormick writes, I’m  not sure whether or not I ever saw Luton during the sixties. Pete Sixsmith didn’t, so I doubt that I did.  I might have seen them in the game below but it’s unlikely as I was in my first year away and didn’t go back that often. I did go back two years later, though, when I was one of 53,000 that saw us cruise past Luton in a cup game. Can you guess what year that was without reading Pete’s piece?

What a stupid question. Why would anyone not want to read Pete’s piece? 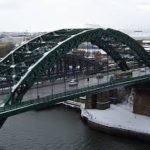 The first time I saw The Hatters of Luton, as opposed to The Hatters of Stockport, was on the 27th February 1971. It was a Saturday afternoon game and I imagine the weather was as raw as a February afternoon on Wearside can be, as I wended my way over the Wearmouth Bridge to Roker Park in the company of some of my fellow sophomores from Sunderland College of Education.

The bridge was not busy as the cream and white Sunderland Corporation Transport buses crossed the river heading for places like Witherwack, Hylton Red House and Town End Farm. Drivers steered their Ford Anglias, Hillman Imps and Morris 1100s back to the mean streets of Seaburn, Cleadon and Boldon while others poured into the town to do their shopping at Binns, Joplings and Palmers before a film at the Odeon or ABC.

There were not that many heading for Roker Park. There were no coachloads of Luton supporters heading down Roker Avenue and not many coachloads of home supporters riding on their buses from Shildon, Consett and Ferryhill. All in all, it was probably a better day for staying in and watching England v France from Twickers, with commentary by dear old Cliff Morgan while having a little flutter on the racing from Kempton Park. No doubt the tv lounge in Williamson Hall was full of rugger types braying and yelling. 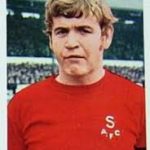 Not many fancied Roker that day. Only 12,471 turned up for this game and they were not rewarded with a great spectacle. Neither side was well placed in the Second Division and we were half way through a six match spell where we failed to score. We were in 12th place, while Luton were on the edge of the promotion race; in those dim and distant days only two went up and there were no play offs.

We had won at Kenilworth Road in October in front of a bumper crowd of 19,202 as Town had got off to a good start. Joe Baker had given us a half time lead, only for Malcolm Macdonald to level with 12 minutes to go. Nowadays, we would probably concede a couple more, but Bobby Kerr, coming back from two badly broken legs, went straight down the other end and won the game for us. 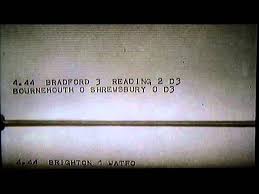 In those days, keeping up with away games was difficult. BBC Radio Durham was on its last legs and there was little if no football coverage. The sports programmes on Radio 2 concentrated on the First Division, but at least gave scores out, so careful listening was the order of the day. Other than that, you waited for Sports Report or sat in front of Grandstand and waited for Frank Bough to read out the teleprinter scores.

By the time of the return game, we were stuck in a slough of despond. Baker had gone back to Hibernian and Dave Watson had arrived, as had Dick Malone from Ayr United. Young players were getting a chance in the first team, but the second coming of Alan Brown led to apathy and disinterest amongst the Red and White fraternity, hence the low crowds.

This game did absolutely nothing to dispel that gloom. It ended 0-0 and the only bright feature of the game was the performance of referee Maurice Fussey. He was a real character was Maurice. He strolled about the pitch until a decision had to be made and then sprinted to the scene of the misdemeanour with his knees whirring like the driving wheels of a Gresley A4 and stood indicating in the direction of the free kick like a Pointer dog. Oh how the crowd cheered…….

There was nothing to cheer about at this game. Both teams produced very little and I can remember absolutely nothing about it, other than Mr Fussey charging around the pitch. 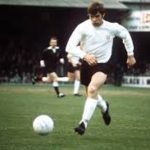 They had some good players. Chris Nichol was a big, strong centre half who was a Northern Ireland regular and played for Aston Villa, while Don Givens was from the other side of the border and who made his name at Queens Park Rangers. Peter Anderson was a sharp winger who ended up in the USA while Jim Ryan was signed from Manchester United, to where he returned and was a prominent backroom figure until his retirement. John Moore was a craggy Scot and a ferocious tackler.

And then there was Malcolm Macdonald…………..

Our goalless run continued until we scored a consolation at Birmingham City three weeks later.

And on the 3rd April, in front of 8,596 bored loyalists who had not seen a home goal since the 30th January, we went crazy and scored five times in the opening 38 minutes against Swindon Town, eventually winning 5-2. After that there was a mini revival before the season petered out and I was despatched to Chopwell Secondary Modern School for my second teaching practice.

I enjoyed Chopwell (known as” Little Moscow”) a darn sight more than I did my first encounter with Luton Town.

Many thanks to Malcolm Dawson for his outstanding account of the somewhat pyrrhic victory over the Little Mags; it was far better than being there. And thank you for the concern shown over my recent difficulties. I am on the mend and fully intend to be at the game on Saturday. It will be interesting to see how Luton deal with losing their manager.

4 thoughts on “The First Time Ever I Saw Your Team: Luton Town”

Next Post
Wrinkly Pete: home is where the heart is but our away days arouse the passion