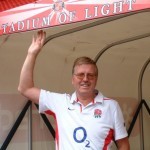 Lars Knutsen makes a welcome return to these pages with his view of the season so far, a quick take on the Charlton game that adds a new dimension to Colin’s report and a perspective that I suspect very very of us will have taken as we watch the “will he, won’t he stay” saga unfold in the context of some very real team and fan bonding. It’s well worth a read …

The Christmas decorations are down, the transfer window is open, and looking at Sunderland’s record so far this season, barring some sort of slump, we appear to be well on track for promotion.

These figures, and the performances behind them do make me confident of automatic promotion, especially with our style of play and the fact that we have scored in every league game, often coming from behind. There have been three 4-goal victories and the team has definitely already had many positive moments, despite the Josh Maja contract situation now hanging over us. There are some great characters emerging, Maguire, O’Nien, Baldwin, Power, and to be honest Jack Ross has bought very well.

However high the levels of motivation are, every team needs to gel. We must not forget that this team were virtual strangers four months ago, and despite previous examples of near telepathy at the Stadium of Light, such as the legendary Niall Quinn/ Kevin Phillips partnership, we as fans must be patient as Jack Ross assembles his best unit.

With all of the injury problems and sendings-off we have experienced, there were only six substitutes named on Saturday at Charlton. We do need to be wary of Luton and Portsmouth who have been keeping us on our toes at the top of this league; we still have to face these two team at home, with the Hatters guesting at the Stadium of Light on January 12.

In the context of teams gelling, our stunning eight-match run of victories from October 6 to November 13, and only two league defeats so far tells its own story. This transfer window will be key, but two features have emerged: we have a very united dressing room, and this club will now be run on a financially sound basis.

I was at the Charlton Athletic away game at the weekend, and was impressed by the team. There is clearly a togetherness, no lack of talent and the way we dominated the first half was frankly stunning. But on this topic of teams gelling, I have been fascinated by our Netflix documentary, and as @LJSKnutsen I have provided some Tweets on the topic:

As a Sunderland fan for over 50 years, I am officially hooked on the Netflix documentary “Sunderland ‘Til I Die”.

Love the insights into day-to-day running of our beloved football club, but the struggles of the team are very real compared to the on-pitch success of this season.

Really enjoyed this Netflix documentary, despite subject matter being painful for @SunderlandAFC fans. Coleman came over well but what emerged was the terrible absentee ownership by Ellis Short & its financial vacuum, brilliantly resolved by @stewartdonald3

Enjoyed especially the last part of STID covering the club’s new start, and I am 100% happy with Stewart Donald’s role in @SunderlandAFC but I could not help thinking that his accent reminds me of @rickygervais; but we all love Ricky Gervais

This documentary provides me what I hope is a seamless transition to my main topic, that of mental health amongst players; specifically among those we can be tempted see as overpaid stars who in so many ways lead a highly privileged life.

Sunderland ‘Til I Die showed us some of the terrible despair that afflicted our club last season, partly as a result of dropping out of the Premiership the season before. Many of the players and staff were under great stress.

I see how wider society is gradually changing, so that mental health issues are now being addressed in the media. It has become easier for players, as well as managers and coaches to actually talk about the dark times in their lives. Note the conversation between Jonny Williams and the club psychologist. I have noted a number of features about players who admit to their inner demons, be it lack of confidence, depression or issues such as gambling or alcoholism.

In my view there were two factors that caused this new openness: first, the very public struggles of a certain Paul Gascoigne with a number of mental health issues, and secondly the sudden, and from the outside inexplicable, apparent suicide of Gary Speed, a truly admired football leader with 84 caps for Wales and the player with one of the highest number of Premiership appearances (352). A recent story has emerged from his widow of a longer-term struggle with depression since his teens, but from the football spectator’s point of view he seemed to cope very well.

Growing up in the 1970s on Wearside I noted that such emotions were rarely acknowledged, and I much prefer the media environment now where there is an openness about the fact that mental illness, including depression, is real.

Bringing all this home to our beloved club, it can be tempting to think that players in their prime who are well paid do not have such issues. My riposte to that is: Jack Rodwell – a player with talent, which was just not applied to his chosen profession while at Sunderland. I am sure that he would see much of his time at the Stadium of Light as wasted, but I also feel that a lot of Rodwell’s problems were to do with his mental health, and although this was not admitted in the Netflix documentary, I hope he gets the support he needs now at Blackburn, despite what he did to our club.

Marvin Sordell, who played for Burton Albion against Sunderland in one of the two defeats this season has recently been very open about his struggles, see: https://www.derbytelegraph.co.uk/burton/burton-albion-marvin-sordell-depression-1995564 was quoted as saying

Most people consider themselves as “wage slaves” for most of their working lives, and the temptation is for us to consider players with enough funds not to worry about finances as being in a different league. They may not share financial worries but these health issues can hit many players, even if they do have an extra couple of zeros in their bank account compared to other mortals. Footballers know that they have a knife hanging above their head, and their careers can be over after the next tackle.

So now that the Christmas turkey is a distant memory, perhaps we can exhibit greater insights into the lives of our stars and empathise with their stresses, knowing that they are just human beings like us, and contribute to a more open, accepting world.

3 thoughts on “The Lars Word: how depression may strike even the most talented of footballers”

Next Post
View from the North West Corner: Black Cats on a hiding to nothing in Checkatrade