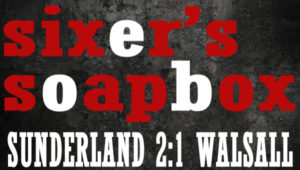 If I were to think about starting an Open University course (I’m not!) one area of study I might consider looking at, would be a sociological study into how and why the tastes and opinions of a group of people change over time and if and how these factors relate to the feelings of individuals within that group. A bit of a chicken and egg scenario if you like. Is it the attitude of the group that influences the individual or is it the changing emotions of the individual which transfers itself to the collective?

Why for instance as an adolescent did myself and my peers love listening to Free, Wishbone Ash, Emerson, Lake and Palmer and Yes, whilst putting down groups like T Rex, whose music I can now accept and appreciate for what it was, while finding it difficult to understand how anyone today might like Grime, Garage or The Spice Girls when there’s the entire Steely Dan, Joni Mitchell or Van Morrisson back catalogue to explore? Yesterday was a case in point where I detected a definite change in the atmosphere, within the crowd at the Stadium of Light and within my own psyche compared with those dismal times under Moyes and Grayson.

Two and three years ago had we conceded a goal before the digital clock on the scoreboard had reached the five minute mark, there would have been groans of discontent whilst I would have been expecting the worst and another heavy defeat, wondering why I was spending time and money watching a shower of *****.

But this didn’t happen yesterday. The game had hardly kicked off when the recalled Tom Flanagan struggled to cope with a high ball that swirled around in the fierce wind and rather clumsily fell over, tangling with Josh Gordon as he did so. Referee Alan Young deemed this to be a foul and awarded The Saddlers a free kick just shy of the right hand corner of the penalty area. Walsall aren’t the biggest of teams and the fact that the wind was blowing a hooley may have been in the back of George Dobson’s mind as he whipped the ball in hard at around knee height. From my seat at the far end of the West Stand it wasn’t clear exactly what had happened.

All I could see was a couple of players in grey and green attacking the cross and the ball ending up in the back of the net. It was the aforementioned Gordon who wheeled away and was credited with the goal. Had you asked me at the time I would have said I thought it had come off his knee, but after a quick glance at the Sky Sports two minute highlights last night, it looks as if it is a clever back heel from behind his body that produces the goal.

Not the start we would have wished for but unlike those dismal days of not so long ago, there was no sense of frustration or panic, either from the players, within my own mind, nor it seems in the crowd as a whole. If nothing else this side have shown their resilience and a never say die attitude and with 85 minutes still to play, there seemed to be a general acceptance that we could and would get back into the game. The crowd and especially those in the Roker End immediately got behind the team despite the setback – as they have done more than once this season. Their faith would ultimately be justified as we did indeed get back into the game and it would be Lynden Gooch who showed the kind of fighting spirit, sadly lacking in previous seasons but which we all wish to see, that would lead to the winner.

It was a scrappy game, not helped by the conditions and we still have a propensity to give the ball away cheaply, and if anything Walsall looked the more composed in those early stages. McLaughlin again had to make a couple of decent saves to prevent the visitors going further ahead but it was Max Power who was the next to get the ball into the net. Leadbitter and Morgan worked a free kick into the six yard area, where Jack Baldwin got in a good downward header and Power bundled it over the line. I celebrated briefly before realising that the ref, who had a decent game throughout, had disallowed the effort, ruling that Baldwin had fouled his marker.

Jack Ross had set the team up with Matthews and Morgan on the left side and O’Nien and McGeady on the right. I’m not 100% sure about this. I’m sure JR has his reasons but it meant that the wingers and Mathews were more inclined to cut inside to get the ball on their stronger foot, which diminished the opportunities to get to the byline and cut the ball back.

Will Grigg might not as yet have matched Josh Maja’s goals per game ratio but he brings a much more rounded game to the table. His work rate, movement and touch allow others to strike at goal and Morgan, McGeady, Leadbitter and Power were all trying their luck, and Grigg himself had a fierce shot well saved, but it was the goal machine that is Lee Cattermole who got us back on level terms after a half hour or so.

Another Leadbitter corner from the right was headed back across goal by Power and reached Cats, who struck a belter from a narrow angle. I didn’t get a clear view of how this found the net either but it did somehow and again I needed the brief highlights to suggest that his shot rebounded off the body of keeper Liam Roberts and back into the goal via the post. I’m happy to be corrected though as the camera angle was almost the same as my own view.

We had more of the second half as the wind continued to whisk discarded plastic bags around the pitch, but Walsall were still threatening whenever they attacked. Gooch came on for Cattermole, suggesting that the manager wanted a more pacy player up front as Power dropped back from the more advanced position he had been occupying. Although he has been inconsistent, Maguire is a miss in that role but it’s one that Gooch can fill. Alternatively he can play a little wider and allow McGeady to push inside.

Shortly afterwards it was good to see Denver Hume back on the pitch after his layoff when he came on for Adam Matthews. This was an enforced change as the Welshman had picked up a knock but it did give us a bit more of a balanced look with a left footed player at left back, then five minutes later the final substitution saw Wyke come on for Lewis Morgan who had been lively all afternoon and who seems to have found his shooting boots, as has Grant Leadbitter, both of whom had two or three good strikes on goal.

I had hoped to see Sterling given a chance behind Grigg but the manager and coaching staff have the advantage of seeing the team in training and it would appear that Grigg and Wyke have been linking up well at the Academy of Light between games. It was a combination that worked and almost immediately we got the winner when a lovely delicate flick from Wyke set up Grigg who fired home an effort from just outside the box into the bottom corner, past the outstretched arm of the diving Roberts.

For the third time I didn’t really get a clear view of the goal. We could see it all right from our seats but the initial reaction in our section was that Grigg had mishit the shot and found the side netting.

It only took a split second to realise the error of our ways however as we all got to our feet and cheered – not in relief but as a reaction to that which we had expected to happen. The goal was in no small part thanks to the efforts of Gooch who chased hard to keep the ball in play in front of the East Stand. Would we have seen that effort last season or the season before?

There was still a few heart in mouth moments as Walsall pressed and McLaughlin was called into action again, saving a powerful close range effort from Andy Cook, but how a goalmouth scramble in front of the North Stand in the last minute or so didn’t result in a third goal for us I don’t know.

This wasn’t the most thrilling of contests but I enjoyed the day. I met up with some of my mates from the Heart of England Branch for a couple of pints pre-match, we got three points and with Luton and Charlton dropping points, as had Barnsley the night before, we are back in a position where the automatic promotion spot will be achieved if we win the game in hand and then equal or better the Tykes’ record as the season draws to a close. But with Barnsley and Luton having two more matches before we go to play the re-arranged game at Accrington (assuming their pitch dries out by then) we will have three games in hand and a better understanding of what we need to finish in the top two.

Before that we have just the one game.