John McCormick writes: Before Pete Sixsmith sent his material I spent some time perusing Youtube for clips of Wycombe Wanderers. None I found were really suitable for inclusion. After it arrived I looked for the 2005 game against West Ham. Again, no luck.

Eventually I found a clip to enhance another fine piece of writing from resident maestro Pete. The link might be tenuous but who cares, it’s Sunderland in a winning season.

Here we are at the pre- penultimate “first” as we go to Adams Park, High Wycombe on Saturday for (yet another) crucial game in our campaign to get out of this league and back to the relative luxury of the Championship and visits to Villa Park, Hillsborough and The Riverside.

Some of the grounds we have been to have been good. In that category I would place Coventry City, who may not be there or in the EFL for much longer, and Charlton Athletic who have a lovely stadium but who have an owner who makes Messrs Ashley and Short look good. He seems to think that the EFL should buy and run the club. A tad deluded, one feels. 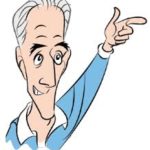 Some have been bad, and in that category I would place Portsmouth’s Fratton Park, which really is a crumbling ruin after years of neglect from the disreputable characters who have owned and almost destroyed a fine old football club. Gillingham, with its temporary stand that was there when Mick McCarthy was our manager is another bad ground for away fans despite the friendliness of the locals when we played there in August.

As for ugly; well, you don’t have to go much further than Scunthorpe United’s Glanford Park, a real relic of the breeze block days of the 1990a, and I’m not inordinately fond of the “let’s stick up three unconnected stands in a field on the edge of a city” stance that Oxford United took when they left the quirky Manor Ground for the ugly Kassam Stadium.

So, where does Adams Park come in theses categories?

To be honest, not in any of them. It’s a relatively new ground but built like an old style one and quite homely. Or at least it would be if it wasn’t stuck on the end of an industrial estate, almost three miles from the centre of the town and with the mother of all bottlenecks to negotiate post-match.

I have been there once, on Saturday 30th April 2005, in the company of 80+ male students from Ferryhill and Spennymoor Comprehensive Schools on their annual trip to London. It had traditionally been “The Wembley Trip” for an England schoolboy international but those games had ceased when Wembley was being rebuilt, never to return when the overpriced and overrated National Stadium was completed.

It was a visit that most of the boys who went looked forward to all year. Here was a chance to get away from parents for the weekend and spend money on junk, junk and more junk while eating even more junk and running around the “hotel” all night keeping the teachers awake – at least those who had not supped copious amounts of beer on the Friday and Saturday evenings.

In my typically sneaky way, I talked myself onto the trip when I saw that our game with West Ham United had been brought forward to the Friday night. I promised to behave myself if they let me go and I boarded the coach with 40 odd youngsters and some excellent and valued colleagues. Here’s a name check for Pete Malkin, Paul Simpson and Craig Elliott amongst others. There are few finer people in this world than Pete Malkin. By the time you read this he will be preparing to gift the bookies and the landlords in Cheltenham, the proceeds of his year long savings club.

I went to Upton Park with Craig having dug him a ticket out. We took the tube from Paddington and somewhere on the route some distinctly Neanderthal Hammers followers got on and proceeded to discuss Alan Pardew in terms that were less than complimentary. 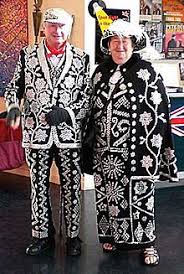 We walked carefully and quietly down Green Street, listening to the costermongers and their cheery shouts of two for a pahnd and gazing into the East End pubs where various assorted Pearly Kings and Queens were regaling us with Knees Up Mother Brown and Maybe It’s Because I’m A Psychopath (I may have misheard that one).

The Boleyn Ground was full to the rafters (33,482) with our ticket allocation sold out at The Centenary Stand end. Both sides needed a win. The Hammers had dropped away after a decent start and were struggling to make the play-offs (hence the anti-Pardew grunts from the boys on the tube), while a win for us would seal the Championship at the second time of asking under the stewardship of Mick McCarthy.

It turned out to be one of those nights when following Sunderland takes you to the heights rather than the depths. We won 2-1 after going a goal down just before half time to Marlon Harewood, a big brute of a centre forward who had caused our central defenders a few problems.

The second half we came out and wiped the floor with them. Julio equalised with a scrambled effort, the Hammers, in between interminable choruses of I’m Forever Blowing Bubbles appealed for a penalty against Steve Caldwell only to shut up when Stephen Elliott rammed in the winner with three minutes to go. 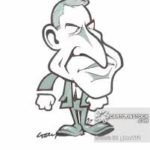 This prompted much celebrating in our end and a spate of booing from the other three and a half sides of the ground and aimed at Poor Alan Pardew. There were also some unpleasant scenes as we exited Upton Park and walked back to the Longest Train Queue In World History. We kept quiet on the way back and celebrated with a gruesome kebab in Sussex Gardens and an equally gruesome bed in The Blue Dawes Hotel, Sussex Gardens.

The teams that magical night were;

Jimmy Walker started the season as our goalkeeping coach before leaving for Ipswich Town, where he would be better employed building a wall in front of the Tractor Boys goal. Matt Etherington was the coach of a very young Peterborough United side who lost 5-1 to our Under 23s in a PL2 Cup game recently. Elliott Ward and Mark Noble are still playing for Notts County and West Ham respectively.

The next day we walked the boys around the sights of London and then off we went to Adams Park to watch Wycombe Wanderers take on Leyton Orient. I may have been the only person on the trip to be excited about this. Most of the teachers were exhausted having spent much of the night chasing boys back to their allocated bedrooms and confiscating whatever weaponry and illegal substances they had purchased the previous evening. The boys were even less interested in a nondescript Division Two match and preferred to eat sweets, drink fizzy pop and exchange magazines that were not about football. Large ladies in a state of undress seemed to figure on the front cover of many of them. 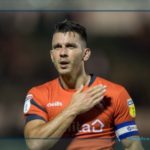 Those that failed to pay attention (I spent my entire career using that blighted phrase) missed seeing Matt Bloomfield (left), who is still in the first team after over 400 appearances, open the scoring for Wycombe in the second minute, Mike Williamson, currently the glue that is holding Gateshead together, double the lead in the 23rd and former Ipswich Town and all points west player Gus Uhlenbeek make it 3 just before half time.

Whatever Orient manager Martin Ling (a one-time target for us as a player) said worked wonders as the prolific Gary Alexander netted twice in the first five minutes of the second half to set up a real thriller which prompted even the least interested boy to put down his magazine and watch the football before returning to his version of the impossible dream.

It ended 3-2 as both sides settled for mid table obscurity and the coach driver cursed the venue as it took an age to get out. Saturday night was spent supervising the boys in the Piccadilly area interspersed with a couple of pints in street corner pubs where the beer was drinkable but expensive.

Home on the Sunday via Petticoat Lane Market where the annual competition to see who could buy the tattiest thing on show was, as ever, won by Pete Malkin, closely followed by many of the boys who took presents home for parents rather than buy food.

I shall be there on Saturday in less exalted company and do not expect a similar score line to the one I saw on the Saturday of that weekend.

However, the one from the Friday night would be more than welcome.

SAFC Season review published on YouTube by SAFCMark Jul 2006. If there is any copyright claim on the video or  the graphics, not answered by “fair comment” used in this report please let us know and we will acknowledge or remove as requested

4 thoughts on “The First Time Ever I Saw Your Ground: Wycombe Wanderers and Adams Park”

Next Post
There is no Wycombe Wanderers-Sunderland Who are You? Here’s one we prepared earlier