John McCormick is editing this in Liverpool, where one of the clubs could win the Champions League, not to mention the Premier League, and the other’s just put four past Manchester United. When he has finished he’ll be seeing daughter Helen and her Spurs supporting boyfriend Will off to Lime Street Station, from where they’ll get to Euston in time for Will to travel up the Northern line to a brand new state of the art stadium and a team that’s hoping to qualify for Europe without having to win the Champions League, which they could also do. Such is life outside County Durham, where a different form of reality is emerging from the ashes of a long hard season.

Pete Sixsmith – to be found on BBC Radio Newcastle’s Total Sport between 6pm and 7pm on Wednesday, ie tomorrow – picks up the story: 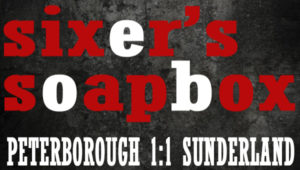 I suspect that this puts an end to our automatic promotion prospects. The play offs beckon and we await them with considerable enthusiasm, confident that over three games we can manage three wins and join Luton Town and Barnsley back in the Championship.
Or not……

Peterborough deserve some credit. They have an outside chance of meeting us again in a couple of weeks and I would rate them higher than the anodyne Doncaster team that pitched up on Wearside on Friday. They will fancy their chances if we do have to make the trip to London Road again. But I think that they, like us, have too much to do and it is out of their hands.

Enough of the home side. What about us? Were we “s****,” the word that has followed us about all season or were we unfortunate? Will we prevail in the play offs or is it another year of trudging round Division One? Will the support stay with us or will it dissolve into the ether?

To answer in order: 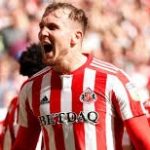 We were more careless than unfortunate. We played a disciplined and largely thoughtful game for the majority of the 97 minutes. We should have been ahead at half time but an awful miss by Charlie Wyke and a couple of fine saves by Aaron Chapman meant that we weren’t.

The team looked well balanced. The manager picked the same squad that won comfortably on Friday. We defended solidly, worked hard in midfield and used the centre forward well. But for a variety of reasons, it just didn’t come off.

He can’t. He has to rely on players doing what they are expected to do. And, as we all know, footballers often can’t do that. If everything were done perfectly, it would be a dull old game. The higher you get, the more chance there is of getting most things right. We are in the third tier with a number of third tier players. We are what we are. 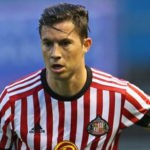 The game was an entertaining one with both sides having a go. The referee had a good game and allowed the game to flow. He correctly booked Oviedo in the second minute for a crashing foul on Marcus Maddison, revenge for the former Mag getting him sent off in September. 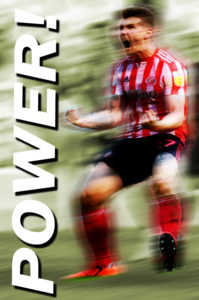 We weren’t “s****.” The manager isn’t “s****” and the players aren’t “s****.” They do their best. They cannot be faulted on the score of effort, as Argus used to say about Bobby Kerr. If they are not quite good enough that is not their fault. It is indicative of the position that we find ourselves in. Max Power had a tremendous game yesterday, reminiscent of his form when he joined us in August, scored a fine goal, so he’s not a bad player. None of them are, but we lack that little bit of push that the top two have.

Will we go through in the play offs? While my heart says “Yes, of course,” my head is preparing itself for yet another massive disappointment be it at The Valley, The Keepmoat or Wembley. We are fated in these, as Gillingham, Swindon Town, Charlton Athletic and Crystal Bloody Palace have shown over the years.  A promotion place is not impossible but I don’t see Barnsley slipping up against Blackpool or Bristol Rovers. So play offs it is and it becomes a whole season condensed into three games. 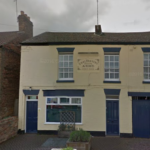 As supporters, we embraced League One for what it was, hoping it would only be for one season. It still may be but another year of Wycombe, Coventry (if still in business) and Rochdale will not go down well. But that discussion can wait.

It was a hot day. The coach was a beauty, we stopped in Stamford and arrived in Peterborough in time for a pint in The Coal Heavers Arms.

Pity the day was spoiled in the 93rd minute……

9 thoughts on “Sixer’s Soapbox: Peterborough make their point against Sunderland”