John McCormick writes: What size crowd will turn up on Friday? It’s on TV and we’ve just lost, which will have some impact, yet it’s at the beginning of a holiday weekend and Good Friday games have always had a good turnout. And, it’s a crucial game, for both clubs.

Which hasn’t always been the case as Pete Sixsmith, looking back to  some very different Roker Ends, recalls.

Easter marks the death and rebirth of a Palestinian prophet who rose from the grave three days after he had been actually crucified by Roman occupiers and at the request of fellow Jews who did not believe that he was the Messiah.

It took place about 2,000 years ago, when the formation of the Palestinian League was still being discussed and the local derby between Pharisees and Sadducees was eagerly awaited by crowds who were beginning to prefer football to lions eating slaves and chariot races around the arenas.

Jack Ross and his Not Quite as Merry Men as They Were After Rochdale may not be crucified literally, but there could be a metaphorical banging of the nails in the cross, if we slip up again after the disaster that took place last Saturday. As we have found out, there are few easy opponents in this league and the team that arrive on Good Friday are on a winning run. Oh dear….. 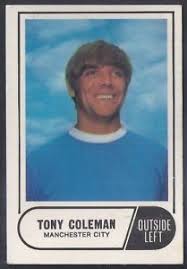 My first view of Rovers was 53 years ago when they were involved in a nip and tuck battle with Darlington at the top of Division Four. They were longstanding opponents and Donny had had a couple of big wins over The Quakers in the previous two years. They had put ten in without reply at Belle Vue in January 1964 and the following season they won 6-3 in the same fixture.

By 1965-66 both clubs had got their heads together and were challenging for promotion. Donny had enjoyed ten years in Division Two just after the war, leaving it as we entered it, while Darlington had a couple of seasons upstairs round about the time of the General Strike and had been permanent members of Div. 3(N) and Div. 4 ever since. 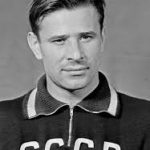 The game was played on a bitterly cold Friday night in January 1966. There was a buzz about the game in general as we awaited the arrival of July and the 16 qualifiers for the FIFA World Cup, and the debut of Roker Park as a World Cup venue.  The presence of Pele, Garrincha, Eusebio, Yashin and Rivera would take us away from the stodgy diet of the Football League and its 92 clubs.

The domestic competitions rumbled on with some clubs increasing their attendances dramatically, Rovers being one of them. Manager Bill Leivers, a former Manchester City player, had them playing some excellent football with a resurrected Alick Jeffrey banging the goals in, aided by former Sunderland winger (and crooner) Colin Grainger and soon to be Manchester City title winner, Tony Coleman. Quakers fielded the likes of John Peverell (kick like a mule), former Sunderland apprentice Allan Sproates and balding Ray Yeoman, nicknamed “Mashy” as a tribute to the new, instant mashed potato that had arrived on the scene from the USA.

The game was a good one, played out in front of a healthy Friday night crowd who packed Feethams after a long week of work. Darlo won it 3-2 but the real sensation came when someone threw a bottle on the field and it turned out to be someone in my class at school. He was a lad who had moved to Newton Aycliffe from Sherburn in Elmet in Yorkshire and I assume he had some inexplicable grudge against those from the south of the county. His hair always looked as if it had been cut with a knife and fork and he wore round, NHS spectacles and he was always up for doing daft things. Throwing an empty pop bottle onto the pitch was one of them. He was escorted out by a burly police officer (they all were in those days) and was missing from school for a couple of days until he turned up with a silly grin on his face and announced that he had to appear in court the next week. I don’t think the Headmaster was amused and he disappeared a few weeks later to a school in Newton Aycliffe, never to be seen again.

Donny have made but one appearance at Sunderland in the League and that was in 1987 and they also have played here once in the FA Cup. That was in January 1954 when they came, saw and conquered us by two goals to nil. They were a Second Division club at the time and we were pretty close to it, although we rallied after this defeat and won the next two games comfortably, seeing Cardiff City off 5-0 at Roker and winning 4-1 at Highbury, where Rupert and Monty’s grandparents must have been gnashing their (new) National Health teeth.

The last time they ventured up here was on New Years Day 1987 as we began to coast towards the Third Division title – would that it was so easy this time…. 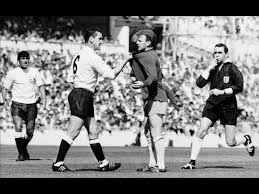 We had won 2-0 at a decrepit Belle Vue in the August, in front of a paltry crowd of 2,740 and Rovers continued to lose games and support. By the time they arrived at Roker they were rock bottom despite having some half decent players and an experienced manager in Dave Mackay, who had replaced former centre half Dave Cusack who in turn had replaced Billy Bremner.

Mackay, forever remembered for that wonderful picture of him threatening to chin the aforementioned Bremner, must have looked at Roker and wept. He had been in that Spurs side that drew in front of 61,000 in 1961. Here, he would have gazed on an emasculated Roker End with the Roker Roar a distant memory. Still, the 19,474 who did attend would have undoubtedly been the biggest Third Division crowd of the season thus far.

They saw a comfortable 3-1 win with all the goals coming in the first half hour. Steve Burke put Rovers ahead in the second minute but Marco levelled six minutes later and by 3.30 two Paul Lemon goals had won the game for us. 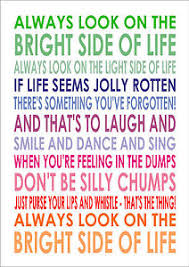 We parted at the end of the season, us for Division Two, Rovers for Division Four and eventually, the Conference and an encounter with a potato sack manufacturer and a former military man who was careless with his mobile phone. Now, both are back at the third level and attempting to get out of it. We need a win and then we can give Donny a hand at getting into the play offs by beating Peterborough United on Monday.

Anything like a repetition of Saturday will not be universally popular and may lead to howls of indignation and a demand for nails. But let’s remember the Python Parody of those events of 2,000 years ago so that we can always look on the bright side of life.

We bloody well need to after last weekend.

video posted on YouTube by robin show Mar 2015. If there is any copyright claim on the video or images used in this report please let us know and we will acknowledge or remove as requested

1 thought on “The First Time Ever I Saw Your Team: Doncaster Rovers”

Next Post
Wrinkly Pete says Don’t give up. Your Sunderland needs you