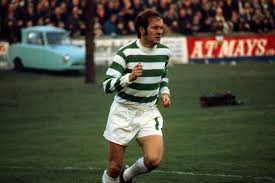 Another former Sunderland player has passed away. Harry Hood was not one of ours for very long but played well and achieved a decent goals-per-games ratio. Pete Sixsmith tells his story …

The sad news of the death of Harry Hood filtered through as I was making my way home after Sunday’s latest disappointment. He wasn’t a great Sunderland legend, but he did have that title at Parkhead, where he was a revered figure amongst the many fine players who have worn the hoops of Celtic.

He joined us in November 1964 from Clyde, for a fee of £30,000. He was one of a select band of
players to be signed by the Selection Committee, made up of directors and backroom staff, which had been in charge of the team since the acrimonious departure of Alan Brown in the summer.

The more you think about this, the more you shake your head in disbelieve that a top flight club could go for five months without a manager. Only at Sunderland……..

Harry had done very well at Clyde and had scored 37 goals in 45 games in Scotland’s second (and bottom) tier. Some of the goals had been scored against such giants of the game as Stenhousemuir (of McCowans Highland Toffee bars), Forfar Athletic and East Fife, they of the eagerly anticipated 4-5 scoreline. 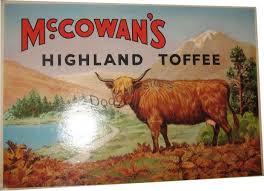 Celtic, the club he supported, were humming and hahing about signing him when we stepped in and the Shawfield club convinced him that he would be fine in County Durham and that George Herd would look after him and that they needed the cash, so he packed his trunk and headed off for Wearside, like so many Scots in the past.

His first game was at Roker against Burnley, a team with several north eastern born players in their ranks, including Mick Buxton, a future manager. The crowd that day was 35,902, the referee was George McCabe from Sheffield and we won 3-2. Harry didn’t have a scoring debut– Georges Herd and Mulhall and Dickie Rooks claimed the honours – as M Salut and myself looked on from the Main Stand Paddock.

His first goal came three weeks later when Everton pitched up at Roker and were sent scampering back to Merseyside after being thrashed 4-0 in George Hardwick’s first game as Sunderland manager. Once again, the two Georges opened the scoring, Nicky Sharkey made it three and Harry slipped in a fourth with a couple of minutes to go.

Thereafter, he scored regularly if not prolifically, his best moment coming when he bagged the only goal as Manchester United were defeated in front of 51,336 on a cold February night. He ended up scoring eight league goals in 24 appearances – if some of this season’s strikers had managed that, we would be contemplating trips to Leeds, Derby and Middlesbrough instead of Lincoln, Doncaster and Milton Keynes.

The following season he made no appearances for the first team. He was injured, we did sign Neil Martin and he was a Catholic and the new manager, Ian McColl was a former Rangers man. At this time, Charlie Hurley was dropped, John O’Hare was sold and players like George Kinnell and Ralph Brand came in. Sectarianism was suspected at Sunderland.

The next season, he started the first eight games and scored his last Sunderland goal in a 4-0 crushing of Blackpool at Roker (Neil Martin got the other three) and his final appearance in a Sunderland shirt came at Bramall Lane where we lost a League Cup replay 1-0.

He went back to Clyde for £13,000 and proceeded to score freely as The Bully Wee finished third behind Celtic and Rangers and above Hearts, Hibs and Ayr United. This time Celtic took the plunge and he became an important member of their team, scoring 123 goals in all competitions for them and winning six league titles, 3 Scottish FA Cups and 2 Scottish FL cups. 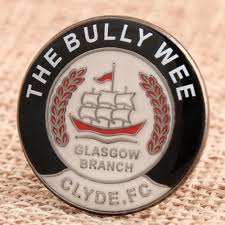 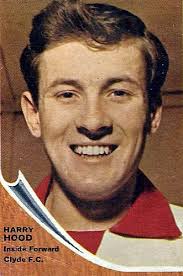 All in all, not bad for a lad who went to a rugby playing school until he was 15 and who was not allowed to represent Scotland schoolboys as he had signed for St Roch’s FC, who were members of the Scottish Junior FA.

His greatest moment in a hooped shirt came in 1973 when he rattled in a hat trick against Rangers in a League Cup semi-final. Celtic fans revere him for this – the only other man to do it was Moussa Dembele in 2016.

He went on to play for San Antonio Thunder, Motherwell and Queen of the South and managed
Albion Rovers and Queens.

But he realised that football club directors had even less acquaintance with telling the truth than Boris Johnson and retired from the game to build up a leisure company called Lisini (named after his three children, Lisa, Siobhan and Nicholas) which became a very successful pub, restaurant and hotel operator in the Greater Glasgow area.

Harry (his full name was Henry Anthony but Harry suited him well) died on Sunday morning. Our
condolences go to his family.

4 thoughts on “Harry Hood: in appreciation of a star for Sunderland, Celtic and Clyde”

Next Post
End of Season reviews (2): Ken Gambles reports from the third world