There are people who go onto websites and blogs in order to vent their spleen, or give abuse from behind the anonymity of the internet. Not on this website. They come to experience quality.

I haven’t been keeping count but we’ve had two seasons, home and away, and various cups. I’d be surprised if this series comprised less than a hundred posts, and haven’t they been invariably good?

Take a bow, Pete Sixsmith, and a well-deserved rest as we bring your journey to a close.

And so, this epic series comes to an end, after an epic journey which has taken us from Villa Park to Vale Park, from Hillsborough to Highbury Stadium and from Molineux to The Memorial Stadium.

On the way, we have drank in some fine pubs – The Drapers Arms, The Dog, Boyce’s Barrels – have eaten in some splendid local cafes – the oatcakes and poached eggs in Lichfield were outstanding – and seen Sunderland play on grounds on which they trod for the first time – but maybe not the last. 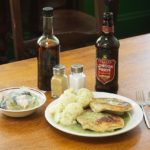 Now we arrive in Southend-on-Sea, the playground of the East End, where generations of Pearly Kings and Queens, kind hearted East End gangsters and lovers of jellied eels, rock salmon and pie and mash flocked to for generations.

I have been to Roots Hall but the once. That was just over 31 years ago when Dennis Smith’s side continued its march back to the second tier by seeing The Shrimpers off by a comfortable four goals to one. A similar score line on Saturday would see us finish fourth for certain and possibly third, while United would descend the ladder into the bottom division. So, there is something at stake, which is presumably why Sky have picked it as their TV game. 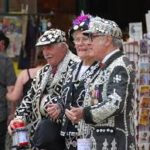 The home fans will be consulting their phones on a regular basis, checking on Walsall’s progress at Shrewsbury Town and on the game at Home Park, where Plymouth Argyle take on Scunthorpe United. The loser of that one goes down and even a point would not be enough to save the Green Army if Southend take a point from us. Interesting to note that we failed to beat Walsall and Scunthorpe away; they are the results that have cost us; none of the promoted teams/play off candidates have beaten us – bar Horrible Portsmouth. 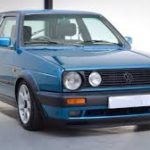 So, what was my day by the seaside like in 1988? It was a long one. I travelled as a passenger with Doug Bones in his new, and very desirable, Volkswagen Golf. Stephen Wilson was with us and we took a lad called Derek Barker along too. Derek played for our Sunday morning team and was a mercurial centre forward. He would score sensational goals (not that often) and miss sitters (far too often) and was a Newcastle fan. Why he decided to come is still beyond me – maybe he was trying to keep in with the club secretary and the club captain. 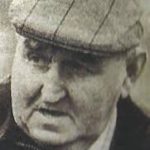 For what we saw of the fabled resort of Pearly Kings etc, we might as well have been at Rotherham (as we were a few weeks later). We parked up near to the ground and found a bookies in order to place bets on The Grand National. The smart money went on Durham Edition, trained at Leasingthorne by W.A. Stephenson, partly on the basis that it was a local nag and I passed it everyday on my way to work and partly because I knew one of Stivvie’s riders-out and he told me that it had a very good chance. 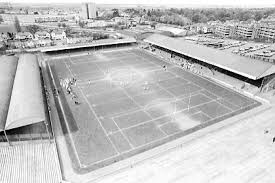 We parked up and walked to the ground, which is built on the site of an old rubbish tip. It was opened in 1955, five years after Southend supporters had raised the necessary finance and done much of the work to build what was then a decent stadium. The main man was one Sidney Broomfield who dug the foundations, oversaw the other workers and generally made the Southend Gas Company’s rubbish tip ready for Division Three (South).

Mr Broomfield designed it to have two stands down the side and to have two open ends, the North and South Ends. It was a pretty unremarkable ground when completed, with a capacity of 27,00, a capacity that was exceeded when Liverpool came to town in January 1979, when 31,033 squeezed in. There were no fancy stands, no mascots and no “supporters” banging drums in 1988 when the Dennis Smith Juggernaut rolled into town.

Dickie Ord made his debut in that game and was on the bench for the return fixture:

The team for this one was: 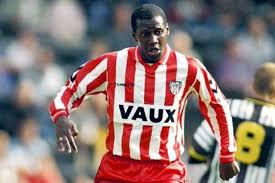 They had some interesting players. I had seen Peter Johnson at Darlington, where he made 89 appearances and looked quite a cultured player. Paul Brush had been at West Ham United and had done well there and Martin Ling went on to play for Swindon Town, featuring in our Wembley defeat of 1990. 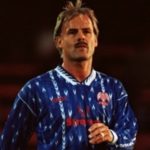 Up front they had Roy McDonough, a wild bull of a centre forward who managed to collect 12 red cards in a Football League career that encompassed 564 appearances for Southend, Colchester United, Walsall and Cambridge United amongst others. He had been a schoolboy at Villa but had not been offered terms due to “throttling a referee” in a school’s cup final. 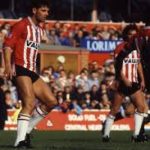 He never got the chance to show his throttling skills, as the combination of Bennet and McPhail was as hard a central defender pairing I have seen at Sunderland. Big John opened the scoring after 5 minutes from the spot, Paul Lemon made it two after seventeen and by the time the National runners were rounding the Canal Turn for the first time, Marco had wrapped the game up.

David Crown, a prolific scorer at this level pulled one back as Rhyme n Reason overhauled Durham Edition in the home straight, but my contact at Leasingthorne had advised me to back it each way, which I did and we had a good pay out after the game. It paid for petrol, admission, a slap up fish supper and a couple of pints each in Doncaster on the way home. I often wonder why I never took up betting…..

Colin Pascoe put the icing on the cake with three minutes left and we departed Essex on a high, and although we lost the next game at home to Bristol City, we cruised the last four to win the league by nine points. Not many draws that season.

This may be our last visit to Roots Hall as United are hoping to move to a new ground at Fossetts Farm, situated on the edge of the town, near the airport. It’s been a long time in the making and was held up by Sainsbury’s humming and haahing but the Orange Giant is out of it town so United are ploughing on.

I met their chairman when they played at the Stadium earlier in the season and he seemed a decent sort (although Chris Powell may disagree) and I would not be averse to them staying up. But if it means we can play at home in the second leg, I may not be too disappointed if they have to go to Crewe, Colchester and Carlisle next season.

We are making a weekend of this, with Nottinghamshire v Durham at Grantham pencilled in for Friday and Brackley Town v Spennymoor Town a cert for Sunday. The cricket depends on the weather, which is not promising. The report may be a little late and not get done until Monday. I’m sure you can all wait.

Sunderland v Southend posted on YouTube by B1gals, Feb 2019. Roots Hall video posted on Youtube by Postcard from Southend, Jan 2018. Pie & mash pic courtesy Goddards pies ltd, creative commons. If there is any copyright claim,not answered by “fair comment” on the video or pictures used in this report please let us know and we will acknowledge or remove as requested.

2 thoughts on “The First Time Ever I saw Your Ground: Southend United and Roots Hall.”

Next Post
Wrinkly Pete and some thoughts before Southend