Here’s a quick warm up for tonight’s main event. Another game against another Yorkshire club.

Not as important, perhaps, but it gives us a glimpse of some players who might yet grace the famous grounds of the English Football League such as Roots Hall, Adams Park, Highbury, The Kassam three sided,  The New Meadow and the Stadium of Light.

BENJY TAKES ON THE BORO – AND LOSES. 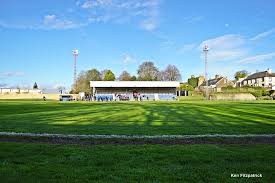 Monday nights at Hetton resumed last night after the fire that damaged the dressing rooms, a project apparently started by the not so gilded youth of the town, which had been replaced by as fine a set of portakabins as you will see this side of York. The regular irregulars were in attendance along with another 300 people who had nothing better to do with their time (and life) than watch two sets of youngsters, plus an elderly Englishman and a middle aged Belgian, play a meaningless football match. 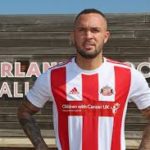 The elderly -Englishman was Joel Lynch, making his first appearance in a red and white shirt after a not very productive stint at Queens Park Rangers. He played for an hour and read the game well, talking to his colleague Brandon Taylor and making some telling tackles and important interceptions. He probably needs a couple more games at this level to get up to speed, but he could prove to be a useful member of the squad should injury afflict Flanagan, Ozturk or Willis.

The middle aged Belgian (all this is in football terms) was Laurens den Bock, on loan from Leeds United and formally of FC Bruges. He looked a lot more up to speed than Lynch and could well be an asset as the season progresses. 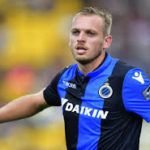 He used both feet, tackled well and was keen to be involved going forward and gave the impression of actually wanting to play football rather than being content to sit on the bench or be one of the Hetton Irregulars. Denver Hume lifted his game both defensively and offensively on Saturday as he may well have realised that den Bock is a genuine rival. His English was excellent, although I think that he was wrong to open a bottle of Gulden Draak in one of the water breaks. Him and his strange Belgian ways…..

The game ended up in a comfortable 3-2 win for the visitors and an uncomfortable one for Brandon Taylor, who contrived to give away two clumsy and careless penalties. We had taken the lead on the half hour when Lee Connelly was nudged in the box and referee Andrew Miller awarded a soft penalty. Connolly wanted to take it but Benji Kimpioka had hold of the ball and simply refused to give it to him and he stepped up to put the ball into the net. 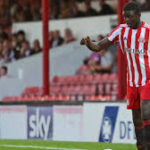 Kimpioka is interesting. I got the impression that the coaching staff have stopped coaching him and have allowed him a free reign to run around all over the place and create mayhem in the opposition defences. As a tactic, this may occasionally work and is more likely to if he would pass the ball to his team mates. But he doesn’t and the Boro defenders held him quite comfortably for the first hour of the game.

Not so in the last half hour, when they tired and Benji used his physical strength to rattle them. They resorted to pulling, kicking and dragging him down and the young Swede was upset by this. When Williams Kokolo arrived to add his pace to the line, a previously calm and serene Boro resorted to more foul tactics and when Connelly pulled it back to 3-2, they were hanging on.

Having said that, they had controlled much of the game and deserved to win. They were bigger, stronger and better than we were and exploited our weaknesses far too easily. They quickly realised that den Bock was a “proper” footballer and switched the line of attack down the right where Bali Mumba showed that he is no Luke O’Nien and that if he is to make the progress we all hope he does, he needs to be in the midfield.

Anthony Patterson, in goal, was exposed a number of times but pulled off some excellent saves and blocks and he has made progress. It’s good to see him travelling with the first team squad and warming up with McLaughlin and Burge. We might just have one for the future there.

The Academy is struggling at the moment. The Under 18’s were humiliated at Everton at the weekend, losing 10-0 and this current crop of Under 23’s (in reality, Under 20’s) has plenty of willing triers but nobody genuinely outstanding. Kimpioka is a wild card; he may come off, he may not. Connelly is as genuine as any player I have seen at Sunderland but he is small and Ruben Sammut shows some promise but has a long way to go.

Still, it was a pleasant run out and old friends were out in force so there are worse ways to spend a Monday evening; watching Aston Villa v West Ham United for one. Best league in the world? You’re having a laugh…….

Next Post
Sunderland vs Rotherham United. A big game, make it a big result for SAFC