Monsieur Salut writes: the other day, Wrinkly Pete – Peter Lynn – wrote, in a message our wretched technical issues prevent from being published as a comment, that Pete Sixsmith‘s outstanding appreciation of Martin Harvey reminded him ‘how I will miss this website and articles like this’.

It is typical of Sixer’s commitment to Salut! Sunderland throughout its 13 years of life that even as he breathed a sigh of relief that we should now be winding down, he was devising one last series: the 13 managers who have accompanied this site on its sometimes bumpy ride. It’s been bumpy for them, too, as Steve Bruce would attest.

Bruce was hugely divisive figure. The highly successful author Terry Deary (Horrible Histories, anyone?) told us: ‘I gave up my season ticket when Steve Bruce was appointed manager. I will renew it as soon as he leaves’. I would sometimes point out that he was the only manager since Peter Reid – and remains the only manager – to deliver a top 10 Premier League finish. But he had faults and forfeited a lot of respect with post-dismissal remarks about our club and its fans.

Here is how Pete remembers him …

I am cobbling this together eight years to the day since Steve Bruce cleared his desk at The Stadium of Light and departed from Wearside complaining that the crowd had turned against him because he “was a Newcastle supporter”.

An era (by our low standards) that started with such promise, ended in acrimony as the Corbridge born and Wallsend brought up Tynesider stumped off into the sunset, chuntering away about being disliked for his Geordie roots.

Of course, he was wrong, just as he was when he twisted on about Villa fans never forgiving him for playing for and managing Birmingham City or that some Wednesday supporters never took to him because of his stint as a fledgling manager at Bramall Lane. Should he ever manage Leeds United and it all goes wrong, he can blame it on them being against a man who was in charge at Huddersfield Town or if he takes over at Bolton, he can expect animosity for being in the Wigan Athletic hot seat. Throw in a six months spell at Crystal Palace and a longer stay at Hull City and you can see that Steve moves around a bit.

Now at Newcastle United, his Great Geordie Homecoming was a trifle flat when his Wallsend roots were called into doubt on a vox pop piece on local television.

But what of his days at Sunderland? He had an indulgent chairman in Niall Quinn and an owner in Ellis Short, who relied totally on the Irishman when making this appointment and Quinn seemed to rate Bruce very highly. This was his first crack at a big club in a big stadium after years of stagnant clubs and owners with whom he fell out.

He left Sheffield United when the then owners could not come up with sufficient money for him to spend in the transfer market. At Huddersfield Town, the then owner Barry Rubery, accused him of “wasting £3m and having an ego to feed.”. His few months at Palace led to a huge fall out between him and permatanned Simon Jordan.

At St Andrews, he fell out with Karren Brady and was stopped from moving to Wigan, prompting the then Whelan rich Latics, to pay a world record compensation fee of £3m for him. He stayed at the DW Stadium for a season and a half before Quinn’s persuasive Irish tongue brought him back to his native North East, albeit to Wearside rather than Tyneside.

First reactions were good. He seemed to be ambitious. He had a good contacts book. He had managed in the Championship and the Premier League. He had money to play with…….

Like many football managers, he was very keen to spend someone else’s money. Ellis Short provided him with the cash and in his first transfer window, he brought in Darren Bent, Lorik Cana, Lee Cattermole, Frazier Campbell and Michael Turner. Two forwards, two midfielders and a defender who all added something to a team that had struggled the previous season under Keane and Sbragia.

It started so well. Pre-season took us to Amsterdam, where we lost to Benfica but beat Atletico Madrid. The joys of a four day trip to this most welcoming of cities was interspersed with news of the potential signing of Albania’s captain, glee as the newly relegated Mags lost 5-1 at Leyton Orient in a friendly and a couple of enjoyable nights in the Nieuwmarket area in the company of Steven Wilson, who was soon to lose his life in an unprovoked attack back home in Bishop Auckland.

We won at Celtic, drew at Hearts where Darren Bent became an instant hero and then won the opening Premier League game of the campaign at Horwich, when Bent paid off the first instalment of his transfer fee within five minutes.

There were wins over Blackburn Rovers, Hull City and Wolverhampton Wanderers, exactly the sort of team that we needed to beat plus a draw at Old Trafford, where Bent and Kenwyne Jones scored tremendous goals and terrorised poor Ben Foster in the United goal. We’d have won if Anton Ferdinand hadn’t put through his own goal in added time.

It tailed off a bit after that and Steve was eagerly awaiting the opening of the January window but was only able to bring in Matt Kilgallon and Benjani Mwaruawari and borrow Alan Hutton from Tottenham.

We finished 13th , were never involved in the relegation scrap and looked forward to the next season. Young players like David Meyler and Jordan Henderson had been blooded, the new players had settled in and we waved goodbye to some old favourites as Carlos Edwards and Grant Leadbitter were reunited with Roy Keane at Ipswich Town while Lorik Cana moved to Roma, Kenwyne Jones to Stoke City and George McCartney went back to West Ham United.

In came a whole host of “newbies.” Asamoah Gyan, Nedum Onuoah, Danny Welbeck, Simon Mignolet, Titus Bramble (oh dear), Christian Riveros and Ahmed Elmohamady all arrived in summer and were supplemented by Stephane Sessegnon and Sulley Muntari in January. We finished 10th that year but flirted with the nether regions of the league in the depths of winter.

We did finish above the Mags, courtesy of a 3-0 win at West Ham and West Bromwich Albion doing a job on Chris
Hughton’s lads at the Sports Direct.

And this summed his time up at Sunderland. Lots of players – some good, some ok, a few the less said about the better – but no discernible pattern or style to his play. That’s not unlike the situation that we are in now, only we now have a group of players who are light years away from the ones he had at his disposal.

Pete Horan reminded me of a memory of Bruce in a pre season game at Hoffenheim in 2010. He was still restocking the club with expensive imports and he took a load of youngsters to this game – Robbie Weir, Jordan Cook, Ben Wilson, Martin Waghorn, Jack Colback and Jordan Henderson – but started with a strong team.

At half time we were two down to a club who came from a village no bigger than West Auckland so he rang the changes. As the second half continued, he stood on the touchline waving his arms around, shouting instructions and getting redder than a fleet of United buses. 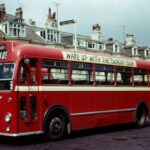 It had no effect. Jordan Henderson pulled one back but we gave away another sloppy goal a minute later and Pete, a good judge of managers and players, turned to me and said “Look at the fat ******. He hasn’t got a ******* clue.”

A harsh description but one which became more and more obvious as the season went on and was crystal clear as 2011-12 began to unwind. By the time we lost at home to a poor Wigan Athletic side, anchored at the bottom of the table, the game was up and he was sacked eight years to the day of our latest humiliating home defeat to Burton Albion.

He blamed all and sundry, particularly the fans who disliked him “because he was a Geordie” – as had been Bob Stokoe, Gordon Armstrong, Mick McGiven and Dennis Tueart. What Steve could/can never do is accept that he has made mistakes with players, systems and how he approaches games.

But compared with where we are now, these were halcyon days, never to return.

Beach ball video posted on Youtube by MRLOLXL, Oct 2009. If there s any copyright claim, not answered by “fair comment” on the video or images used in this post let us know and we will acknowledge or remove as required.

If you wish to add a comment or make contact for any reason please use this e-mail address or visit our Facebook group at this link . It is open to all; if you receive a prompt asking you to join, be assured that it is a simple process and approval is very quick.

Next Post
Wrinkly Pete on Sunderland’s crisis: ‘an element of fans could drive me away’