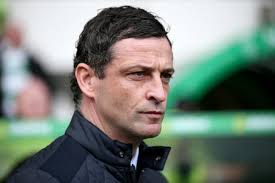 I liked Jack Ross. I liked him from the moment we appointed him when a friend who follows St Mirren refused to speak to me for poaching the best manager he had seen in Paisley in his lifetime. I liked him when he spoke. I liked the cut of his jib.

I even liked the way he left the club after his sacking. He didn’t slink away like many do. He went in and said goodbye to all of the staff, not just the players, but the office workers, the ticket agents, everybody, as he left a job that I thought he was ideally suited to.

When he left, we were sixth in the league, had lost twice and, while not playing particularly well, there was every possibility that we would pick up steam over the season. But it was not to be. The owner panicked at the extent of the bile and poison that was circulating on social media, listened to the anonymous voices behind the keyboard drivel and dismissed him. And with that, we left that ranks of “big club making a comeback with bright young manager” and joined the also-rans, the clubs who bump along hoping that something might just happen. And it won’t.

He started well enough. He brought in some players that he knew. In Jon McLaughlin, there was a very good goalkeeper, about a billion times better than the three we had utilised the season before. He signed a central defender that he knew in Alim Ozturk and persuaded Dylan McGeouch to move south. He shared recruitment with the club scouts and put together a team that was part his and part Tony Coton’s (Reece James, Luke O’Nien etc) and Donald/Methven’s who were instrumental in bringing in Chris Maguire.

He forged a team spirit that overcame the settling in difficulties. Wins at Bradford City and Doncaster showed that he had the players on his side as they eked out points. He used Josh Maja brilliantly, realising what his strengths were. Of course, some of the support knew better and branded the youngster as “lazy”, “weak” and “soft”. Many of those are demanding blood because he was sold. How quickly we forget.

There was a buzz about the place as the owners quaffed pints, appeared on stage and tv and were loved and revered. Through all this, Jack Ross picked his words carefully, picked his teams carefully and had us sat in the top four for most of the season.
It didn’t work out quite as well in early 2019. Did he want Will Grigg? Did he want Grant Leadbitter? Was he angry that Josh Maja had been sold? Only Jack can answer that, but we know that Grigg failed to ignite, that Grant’s legs had gone and that we missed Maja more than Maja missed Sunderland and the subversive racism that underpinned much of the criticism of him. 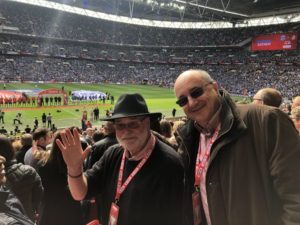 We struggled and Ross began to retreat into a defensive shell. But we reached a Wembley final, the support had a rip-roaring weekend and, although we lost, there was plenty of time to make up the gap that was developing at the top. An incredible home defeat to Coventry and a series of draws put paid to that.

Back to Wembley we went, lost the play off final and the message boards began to fill up with the bitterness and rancour that typifies the modern football fan in general and too many Sunderland supporters in particular.

Close season recruitment was not great – could anybody really get excited about George Dobson or Mark McNulty- and performance levels dropped. Draws against Oxford United (currently third in the league) and Ipswich Town (currently second) were deemed unacceptable and the Bile Quotient increased.

We rallied a bit; wins at Burnley and Sheffield United, where McGeouch was outstanding, showed the potential, but a heavy defeat at Peterborough and a disappointingly spineless one at Lincoln City showed the cracks and played a part in finishing his time at Sunderland.

The worst though was at Bolton Wanderers, where a large percentage of the self-styled “best fans in the world” showed their class by jeering, booing, demanding that he be sacked and generally behaving like the boozed up blowhards that far too many of them are.

They got what they wished for a couple of weeks later; as the saying goes, “be careful what you wish for”.

So, we lost an articulate, thoughtful and intelligent manager, condemned after a season and a third, with the team in a play off position and finding its feet. Since then, he has gone to Hibernian where there has been a notable revival and where it is quite likely that Dylan McGeouch and possibly Aiden McGeady will be strutting their stuff in January.

His successor will not last much longer. I am going to Doncaster and Fleetwood and should we lose both of those, be aware of huge explosions over the South Yorkshire and the Fylde Coast as all the Mr Angry’s gathered there burst their heads in indignation and be warned of the rivers of bile that will be flowing down the A1(M) and M6 as the message boards are filled up with the rants of people who can see no further than the ends of their noses.

I’m pleased to be out of it and I’m sure that, deep down, Jack Ross feels the same.

What a pity – real fans are outnumbered by electronic ones who, with their cherished anonymity, may actually be simply non supporting mischief makers.
What a pity – that super Sixer switches off with such a gloomy post but it has to be with his honest style.
What a pity – that this super site is no more.

The Last Post: after the Bolton shocker, Sixer bids farewell